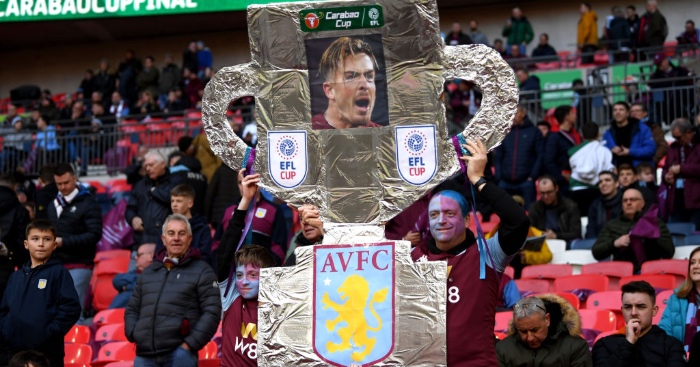 The changes are often wrought by external forces or by outsiders who, by not being wedded to the status quo, have a different vision for the future.

The EPL and EFL model is under extreme pressure at the moment. It has been for a while but has stuttered along with poor team management, expense control, as teams are willing to overspend in search of the holy grail – something unobtainable to 95% of teams.

We have seen tech ‘giants’ disappear overnight when a new ‘model’ comes along – even though they were well run otherwise- they still missed the boat. For the vast majority of the EPL/EFL, at least 99%, they are not well run.

The horror expressed by the leaders of the EPL, EFL, FA and many in the media over the Project Big Picture would funny if it were not already so laughable at how badly run these organizations are. Teams continue to be acquired by owners who could not really be ‘fit and proper’, teams overspend on the hopes they will do well and real future rewards – like someone with a gambling addiction.

How dare these…Americans, these…Johnny come lately foreigners who don’t know anything about football, dare to offer an alternative future of our game that might actually help it survive and thrive for the next thirty years.

If this doesn’t cause a change, a self propelled shake-up, there will be no future for 50% of the teams. Their small thinking is leading to their annihilation. We have seen many teams go into administration in the last 30 years and a few who have gone under recently or at best are now languishing in the lower reaches. They are just the canaries in the coal mine. So many have overspent they were in a perilous state before COVID hit. Something has to change.

“It all favours the big clubs…” I hear you say. Well, those big clubs are going to survive. Those big clubs have several options all of which make them a lot more money than being currently proposed in the The Big Picture.

This conversation has been long overdue. Too bad the ‘leadership’ of the game decided to be affronted by this rather than acknowledging the need for change. Do we want the EPL and EFL to end up like DEC, Compaq, Blackberry, Blockbuster, etc.
Paul McDevitt

…The simple question in regards to whether Project Big Picture is a power grab, is whether all the projects recommendations could happen without the special voting rights for the nine clubs?
Todd

Anyone on here old enough on here remember Kerry Packer and how he reinvented professional cricket? That will be the blueprint for setting up a EUROPEAN SUPER LEAGUE after this project is voted down by the Premier League / FA.
Dave Mack

Read: So what the f*** is the Premier League’s Project Big Picture?

Well with “Project Big Picture” in the news, first of all what an awful name, I wonder who comes up with these project names?

Anyway, looking at the Relegation Play Off idea, similar to the Bundesliga did make me wonder who would have played who over the last 5 years and what we all feel would have been the outcome, so how I’ll see this up will be third bottom of the Premier League vs Play Off Winner, my predicted winner in the brackets after.

Certainly an interesting Alternative Future, it then brings up the question about would Alan Shearer have taken Newcastle forward under his tenure and made them a driving force by staying up?
Mikey, CFC

One of the points of project big picture with the least discussion appears to be the removal of the league cup, which has either been completely ignored either in favour of the more headline grabbing elements. What I’m curious about is why this cup draws so much disdain?

In it’s defence the cup kicks off early, giving us some immediate mid-week games, usually has exciting early rounds with no replays and critically finishes way before the season ends. Although Man City have steamrolled the competition lately it also used to throw up some surprising finalists. Yet frequently we see people calling it a mickey mouse cup and a waste of time; if it’s such a waste of time clubs have the option of fielding 2nd teams and give their youth some challenging first team experience. Surely it’s a loss to all if we remove this competition?

Serious question, other than fans of Champions League clubs is anyone in favour of removing the league cup?
Kevin, Nottingham

One club man or many club man?

I read DC, BAC’s email about the debate over whether success with multiple teams is greater than success with one team and had to bite because of his conclusion.

In essence this is the Messi v Ronaldo debate as to who is the greater achiever because of their respective carrier choices. The conclusion that an achievement is greater if it involves success with many clubs is so wrong it is unbelievable in my view. The key thing people who peddle this argument forget is the word team against the word club.

DC talks about one club dominating hence it is easier to achieve with that club. What is not taken into account is that a club goes through many teams during the lifecycle of an achievement with many peaks and troughs. Alex Ferguson is widely heralded for building three great United teams during his time with some lows in between teams. The Barcelona of the last few years is not the same as the one Messi was involved with at the start. The ability of a player to adapt to various different teams within a club and in some cases hang around while the club goes through a transformation is just as important and in some cases more important than the player who moves to multiple TOP teams.

In some cases the player who moves spends less time helping the team transform and thus moving to a readymade top team creates advantages as a result. Ronaldo moved from a top Man United side to a top Real Madrid side (albeit helped transform the side to a winning machine) but then moved to a Juventus side that had won the previous 7 Serie A titles. The only transformation needed is to win the CL which is still a work in progress. This is not to denigrate Ronaldo’s achievements because he is one hell of a player.

However my point stands that you cannot necessarily conclude that a player that played for multiple teams has achieved more than his one club counterpart. The key really is in the quality of the TEAM they play for as opposed to the Club. This is why ranking the achievements of individual brilliance in a team game is so subjective. Let’s just use our eyes and see what the players did and enjoy their brilliance.

Don’t get me started on the other silly debate that you need to win a World cup to be regarded as a great player. Mario Gotze scored the winning WC goal in 2014. He is currently a free agent at the age of 28. Which is a shame but puts that argument to bed I think
Michael O, Chingford

…I really enjoyed DC Bac’s email about the players who were Jordans and who were Lebrons. I liked the analogy, and set me off thinking who would fall into those two camps.

But then I got to the bit about the nomads being more impressive due to the difficulty… Let’s take Ronaldo as the example.

First League trophy was won at Manchester United, with them at their peak, so not really the hardest of trophies for him to win.

Second was at Real Madrid, again, the largest club in Spain, give or take, and he was the golden boy there. He was phenomenal there, putting up numbers that would sicken a normal individual, but he was the prime stallion in a two horse race.

Third club was Juventus, again, biggest club in the history of Serie A, who were so big they could be relegated, have their titles stripped, and still come back to dominate.

Now I am in no way diminishing his achievements, only that he didn’t win those trophies at Leicester, Villareal or Torino. You touch on something which I think we all need to remember, and that is:

We love to compare things, we love to debate which is greater so we can have absolutes. I think VAR has shown us is that Football doesn’t actually like absolutes, we like the messy drama, we like the debate.

All those players in your email achieved miracles, and are legends for their respective clubs, regardless of whether they are Jordans or whether they were Lebrons.
John (I’m more of a Muggsy Bogues) Matrix AFC

Listen to Lee… his team wins the league for the first time in 30 years and, despite them suffering the heaviest defeat by a reigning champion ever within 4 weeks, talks like his team have established a glorious dynasty that will last 1000 years.

I have a healthy appreciation for my team’s current condition, thanks Lee…you could probably do with learning to exercise some introspection though.

Good luck in the derby against the runaway league leaders though!
Andy (MUFC)

Just on the football lookalikes debate, if I recall correctly, one of my first ever contributions to this site was a submission to that previous feature and remains my favourite celebrity doppleganger.

…A classic feature. Favourites were Jamie Vardy as Steptoe, Iago Aspas as Nibbler, and numero one was Jonjo Shelvey as Alice the goon.
Pete (London)