Home Arsenal The Friday Mailbox brings reasons for optimism for every Prem club. Except four… 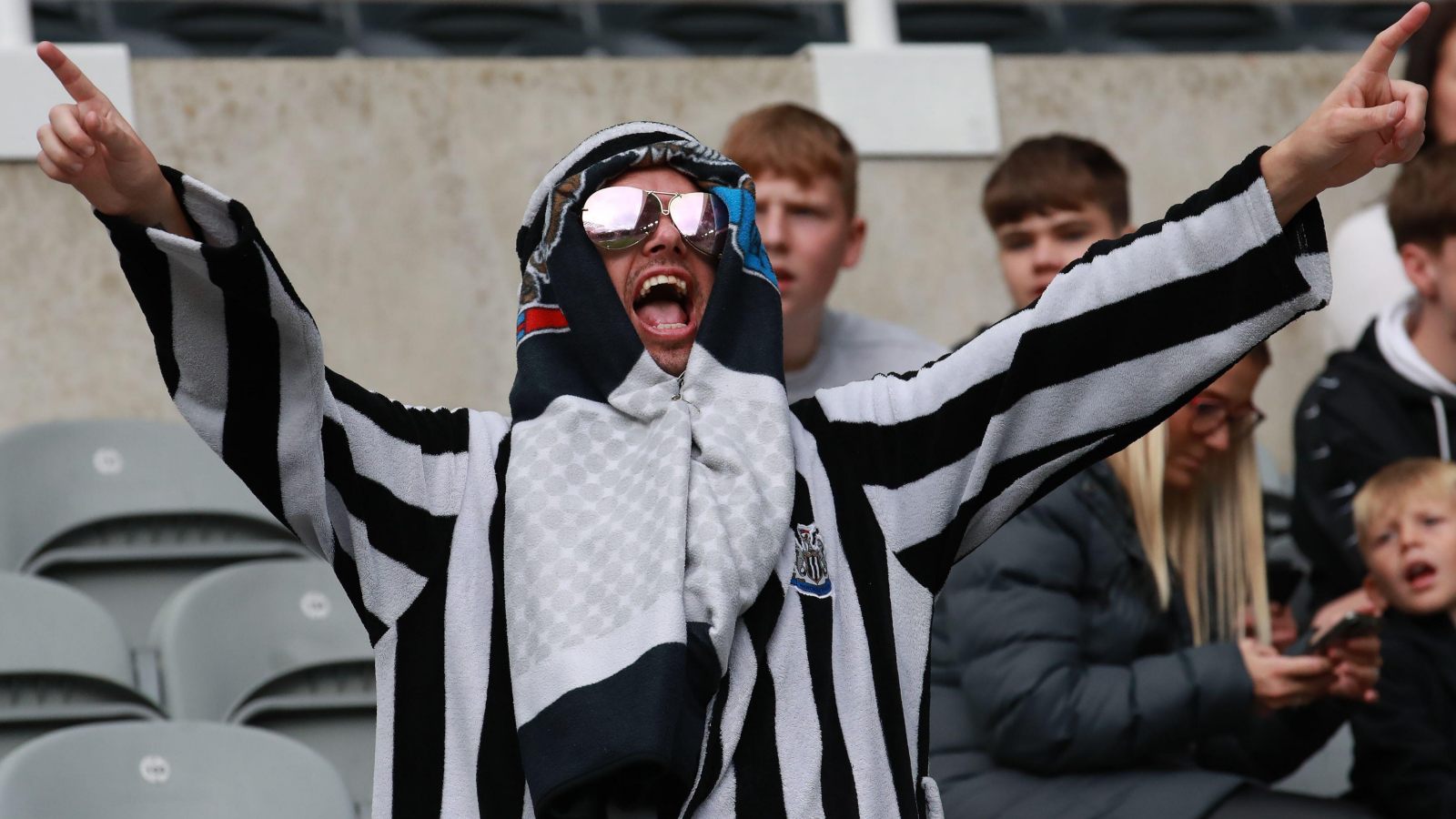 Friday brings a rush of optimism into the Mailbox, unless you happen to be a Leeds, Everton, Wolves or Southampton supporter. Also: how do you reconcile with your side signing a player you previously despised?

Reasons for optimism
I write in as a Newcastle fan, and our fanbase is very excited for the new season, with hugely oversubscribed season tickets and optimism (rightly) running through a team that finished last season so well and have already improved the squad in the transfer window.

Fans are clearly thinking about what’s possible next season, but I started thinking that many Premier League teams have plenty of reasons for hope, and I’m wondering if fans of other teams would correct the assertions below:

Man City – Haarland plus being really good = optimism
Liverpool – Great team, optimism
Chelsea – Big question here, maybe not?
Spurs – good signings, momentum, surely optimistic
Arsenal – project continues, good signings, must be optimistic.
Man U – Can’t be any worse? I get why could be downbeat but also excitement about the unknown?
West Ham – Finally getting that depth, optimism.
Leicester – Can’t have as many injuries as last season, let’s see what’s possible
Brighton – 2 new untested strikers, but a team clearly on the up
Wolves – maybe some pessimism here?
Newcastle – as explained
Palace – Solid season, more young players coming in. Exciting.
Brentford – sort of ditto
Villa – Very ambitious signings, plenty of optimism, surely.
Southampton – maybe not here…
Everton – …or here
Leeds – tricky one with some new players in but 2 big ones out, I’d guess not?
Fulham – Surely mitro bags 20 this time?
Bournemouth – glad to be back
Forest – Ditto.

So my (very basic) assumption is that most fans, other than those of Wolves, Southampton, Everton and Leeds will be looking forward to what’s possible.

It also made me realise quite how many teams have (realistic) European ambitions this season – Leicester, West Ham, Newcastle, Villa and maybe even Brighton will all fancy getting amongst the tail end of the big 6. That means that any slips from Chelsea, Man U or Arsenal could be badly punished and also should make for lots of very interesting matches throughout the season.

Add a mid-season world cup and a super punishing schedule for those teams in Europe and there’s a great chance for big upsets. Who knows what’s possible, maybe Eddie’s Mags will break the top 4, maybe they’ll be 11th – and I guess so many fans have that excitement going into this season. It should make it a great one, bring it on!
James, NUFC (Please correct my assertions over various fan base optimism!)

United second?
As United finally near making some actual signings, it must be about time for some predictions.

City will walk the league again.

Liverpool or United will come second and third, closer in the table than the reality, when City decide to focus on the CL in a desperate attempt to finally land it for Pep. I’m not sure which way round it will be, but it will be close between these two. I fancy United to edge it.

Chelsea will get 4th fairly comfortably.

Spurs will be 5th as they return to normal.

Arsenal will get 6th after they sack Arteta for dragging them to mid table and stage a recovery.

West Ham will scrape 7th because that’s about their level, but will have to battle Newcastle for it.

Palace will get 9th, ahead of Leicester and Villa but it will be close between them.

Everton will get 12th. They might manage 11th but I reckon they’ll fade late in the season as they get complacent with being safe and having little more to fight for.

Unfortunately for Brighton they’ll have been picked apart by the start of the season and while they’ll be safe, their new replacements will take some time. Also, Potter will be given the England job in the new year so they’ll drop a bit. Shame.

The rest is a bear pit, I couldn’t safely guess at, but I fancy Fulham, Brentford and unfortunately probably Nottingham Forest to go down. Depends how badly Southampton do.
Badwolf (yes, it was just an excuse to say United will come second and Spurs will drop back to normal)

Switching sides
Can I have some advice please?

How do you cope when a player you despise for their ‘sh*thousery’ and general cheating, suddenly joins your beloved football club?

As a Spurs supporter, it’s pretty obvious who I’m talking about?!

Riled up by Riley
Just to point out to Paul Murphy that the clearly justified criticism of Mike Riley in the Mailbox was not from Arsenal supporters but also from neutrals.

There were so many instances of Riley’s incompetence they cannot all be mentioned in the Mailbox, but as stated previously they can seen clearly on the infamous video. However, I will comment on one incident if, as Paul suggests, Van Nistelrooy’s tackle on Cole was so innocent why was he given a retrospective three match ban for it ?

Had Riley done his job it was an obvious red card and probably a different result to the match.
Macca, Herts

…There is no indication greater of how far the mighty have fallen than Arsenal and ManU fans still arguing about a game from 20 years ago.

Fans of my club are no exception as there are plenty who still harp on about the 1994 cup final when David Elleray made us all cry and the phantom Luis Garcia goal.

Sometimes you just have to let things go. Fans of other clubs are laughing at you because instead of holding onto what was great about the past you are wasting your breath on something which one eyed, myopic, tribal fans will never agree on and at best is a matter of opinion which you can never be right about.

Come on guys lets all remember when Frank Sinclair’s shorts fell down or Gary Lineker taking a shit on the pitch. Football is supposed to be fun after all.
Simon, Woking (hoping to still be around in 2042 so we can all watch Man City and Liverpool fans bang on about some nonsense)

The current complaints about women’s football is that they don’t earn as much as the men’s game despite playing the same size pitches, for the same length of time in the same way.

The counter to this is the men’s game earns more money and so men get paid more. It isn’t a case of same effort, it’s entertainment so pay is dictated by corporate and public interest. The interest in the women’s game is far lower than men’s so there’s less money which means less pay. It really doesn’t matter how talented the women are or aren’t.

Side note : where are all the female millionaires and billionaires pumping money into the women’s game like Murdoch did for the men’s? We know there are many rich women in the world but they seem to have no interest in funding the women’s game?

What if you could fix all that? Combine the two sports. I know, I know. Women weaker…blah blah blah. But if you made the sport mixed, say 6 men 5 women per team then whatever their physical disadvantages are they would be equally spread amongst all teams. Nobody will have an advantage. And since they’re now in the mens game their salaries would naturally end up in line with men’s. Women would also benefit from the significantly better coaching in the men’s game and therefore become more talented much faster.

Are they really that much worse? Isn’t it better to have the best woman in the world over the worst man?

But..but they’re weaker! You mean like a youth player? Did anyone tell Messi to get off the pitch at 15 because he was weaker than literally everyone else? One of the great things about football is it’s not 100% reliant on physical strength and many weak players succeed because if you’re small and weak you’re also usually fast and skilful etc. And also…everyone will have an equal number of these “weaker” players so nobody has advantage.

It is a very crazy idea which will never happen in my lifetime but try to argue against it without making a sexist argument.

Levy has learned his lesson
Everyone seems surprised at the efficiency with which Spurs have conducted their transfer business this season.

Well, it’s because Daniel Levy has learned his lesson the hard way.

He had a very good manager in Mauricio Pochettino but didn’t support him in the market. That led to Pochettino leaving and Spurs spiraling out of contention.

Now that he has Conte, who has proven his competence without question, he can’t risk bungling it again. So he has swallowed his “shrewd negotiator” moniker and gotten straight to granting Conte’s wishes.
Tunji, Lagos.