Home Mailbox Why Sterling will struggle at Chelsea, and snowflakes in the Premier League… 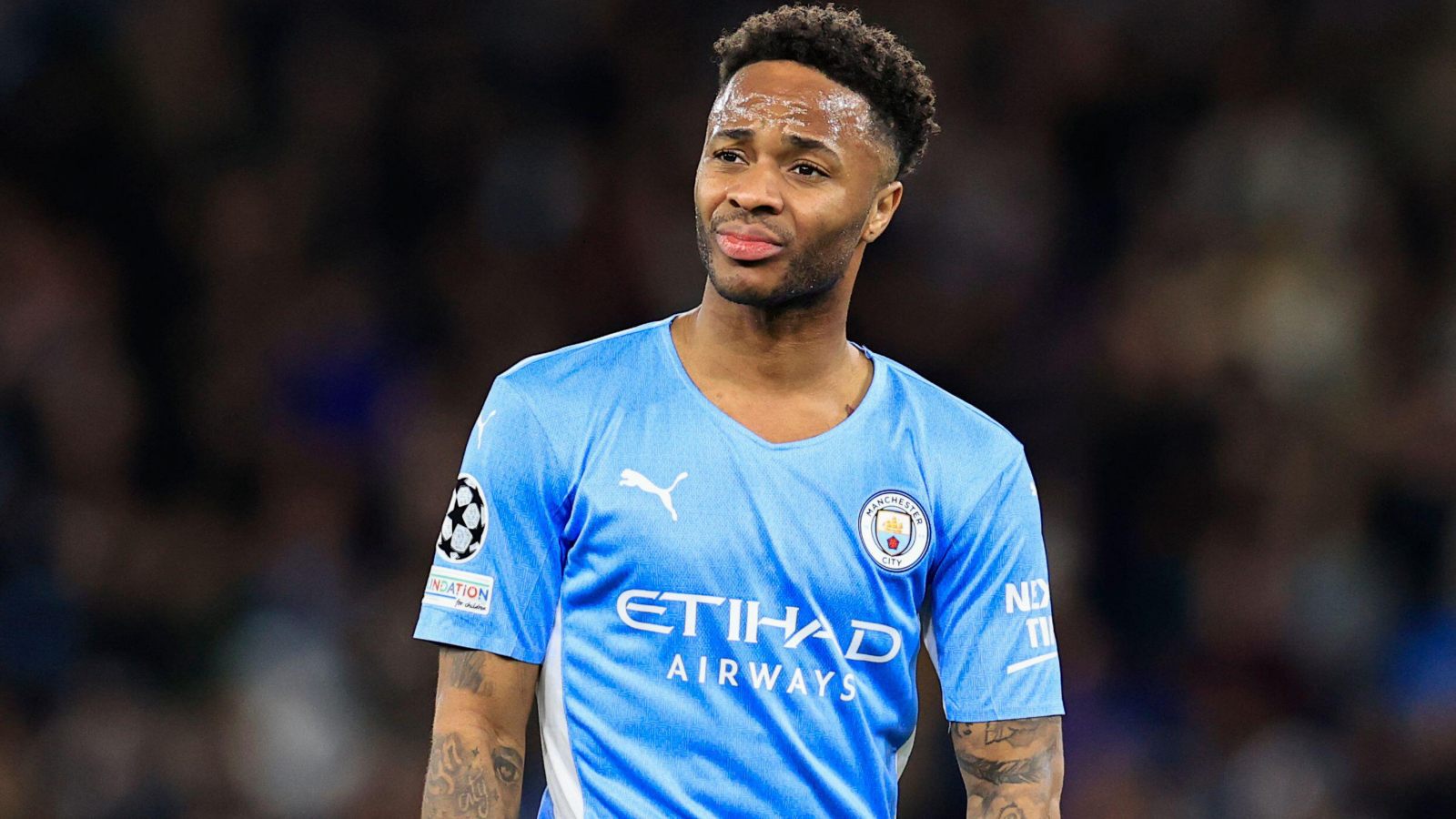 The Mailbox suggests why Raheem Sterling won’t succeed at Chelsea. Also: Barcelona’s antics; and you can’t be a snowflake and reach the highest level.

Sceptical of Sterling switch
With Sterling’s move to Chelsea all but confirmed, I’ve been surprised at how it has been presented by the media – generally as quite the coup for Chelsea and a transfer that will, by and large, turn out to be successful. I’d have to pretty strongly disagree and I don’t think you have to look too deeply to find reasons to be concerned if you’re a Chelsea fan.

Sterling cut his teeth and rose to prominence playing as a part of one of the most prolific attacking outfits in Premier League history; Brendan Rodger’s Liverpool team in a front free alongside Suarez and Sturridge, where he was the third most significant goal threat and largely benefited from defences focussing on stopping the other two. Off the back of that he moves to Man City to play under one of the most progressive managers in history in Pep Guardiola, playing alongside creative geniuses with the likes of De Bruyne and David Silva, and then again benefiting from the presence of a vastly superior goal threat in Aguero who will again take the focus of opposition defences. In Guardiola’s team he has played in a system where he is presented with a gluttony of chances in most games he plays.

Contrast this with the situation he is going into with Chelsea, which I think you can compare to the situation he goes into with England – where he is expected to be a much more significant focal point of the attack, more of the attack flows through him and he has a much larger creative and goal scoring burden than he is with City and Liverpool. And as a result, his output and performances for England have not come close to matching those of his clubs. At Chelsea, there is no one in the attack to take the focus of the defence and Tuchel’s much more pragmatic system will be in stark difference to everything he has played in at club level to date

I also think that just looking at the state of affairs should raise an eyebrow. You have City and Guardiola, a team who are currently paying Scott Carson to basically do nothing but count against the English squad numbers because they are so desperate for them, voluntarily selling an England international who at the age of 27 should be coming into his prime, to a team that most pundits and fans would consider a genuine rival, for (if the upfront figures are accurate) less money than they originally paid for him. Do we think that would be happening if they considered Sterling to be someone who could make Chelsea a legitimate title threat?

I just cant see it working out, and my bet is that he scores less than 15 goals this season for Chelsea.
Ben, Oz

Stars and snowflakes
Snowflakes wouldn’t even get to have a career in football, it’s tough to be near the top of their profession as it is in any profession regardless of talent. Footballers are however human.

When Klopp talks about mentality monsters it’s not that all his players are beasts in that regard, it’s more that he’s built the environment and belief to allow them to thrive, be fully supported so they can play to their strengths. The best teams have that belief and togetherness that allows them to run through walls for each other and play to their strengths. Fergie, Klopp, Pep, Wenger, Mourinho and many others fleetingly have instilled this in their teams. Those mentioned have just done it better. Mourinho got the best from Utd in a second place finish, Solskjaer also managed it for long spells. Leicester won the title not by having the best squad, they clearly had the best environment from which to express themselves and play to their full potential. They were probably the 5th or 6th best first XI that season which shows how much the mental side of the game is worth. Fergies last title winning squad was probably also 4th or 5th best squad on paper.

I’ll repeat, Footballers are humans and like the rest of us they need their egos fed to be able to perform their best. Unkind words and untruths will negatively affect even the strongest minds.
Jon, Cape Town

…I see Shz is still banging on about Piers Morgan and the “mentally weak” lads in Manchester. I do wish he’d stop already. I don’t think anyone gets to the top of any sport, or any other industry, with a weak mentality. These are elite professionals with an extremely public profile. It’s a lot of pressure, but they can take it. The problem is broader than that. They’re unhappy, demoralised, and trapped. If all your players are struggling the same way, it’s not the players but the environment you’re putting them in.

I think any one of us would be the same. It’s not difficult to imagine how you could be tempted into a bad position by a pay rise, only to then find out it’s not what you thought it was and it’s making you miserable. The difference is, for any of us we can then quit and go job hunting again. For Man Utd’s players, they are actively prevented from leaving and forced to wait out their contracts through the prime years of their short careers. Why on earth would anyone be happy in that situation?

A huge part of management, not just in football, is creating an environment in which your staff can do their best work. Man Utd has failed at that. That’s the only real problem. Everything else is just a symptom.
Harry, THFC.

Football on your doorstep
Anyone care to inform Ed Capstick that, contrary to his assertion that “a month is a long time to wait in these barren, tournament-less wastes,” there is in fact a tournament. In full progress. Here in the UK.
The Women’s Euros.
The_M_Rod

Euro 2022 is upsetting all the right people, and that includes Lord Sugar and his commentary talk

Transfers and Barca
So it’s silly season and everyone is after someone it seems, and pundits are weighing in with their so called expert opinions on certain club’s signings. Red tops are producing click bait every day, even after clubs have signed players, but, but, but, other clubs have tried to hijack deals at the last moment!

So I’ll start with my club, Liverpool. As ever, decisive, get the job done and players signed, thank you! But no, Paul Merson, the Sky expert saying Nunez, the Mane replacement is a massive gamble, and he fears for Liverpool this season because we haven’t signed a midfielder and should sign 19yr old Bellingham to transform our midfield, but 19yr old Carvalho is too young and is one for the future, but Haaland is nailed on and City will walk the League, and Jesus is a fantastic proven signing for Arsenal, and they are going places!

Well, Nunez is not a replacement for Mane. Diaz is, simple as! We have bought Nunez to possibly change our attack. We had to highest number of crosses into the box, and it personally drove me insane watching TAA and Robbo aimlessly putting in wasteful crosses. Now don’t get me wrong, some of them were inch perfect and we scored, and Jota, Mane and Bobby got on the end of some of them, but so many crosses were wasted. Nunez gives us a different perspective in that he is good at attacking the ball in the air, so I’m looking forward to see him fit in to our system.

Haaland, let’s see. Seems to be injured quite a bit for a guy so young, and the German league isn’t all that, check Sancho, Werner etc!
Jesus, the guy that couldn’t get into the City team as a number 9 when they didn’t have a number 9, being praised by Merson as a game changer for Arsenal, we’ll see.

Now, I didn’t mean to go on so much about the above, I really wanted to kick off over Barcelona continually tapping up players, claiming personal terms have been agreed, and then putting in derisory bids for said players, pissing off the clubs and ultimately the players. Let’s be clear, Barcelona are fooking skint. They have tapped up Lewandowski, Raphinha and Azpilicueta, agreeing personal terms without agreeing a fee with the club!

These tossers did this with Coutinho over a six month period, and we admittedly took the piss out of them and not only took them for £146m, but banned them from going after any Liverpool player for 2yrs.

Now, they are destabilising clubs, players and agents, and Laporte is vocal in tapping up these players, whilst they are under strict financial restraints by La Ligue, and selling their soul for future TV rights.

When are UEFA going to stand up to these dickheads and clamp down. Barcelona are in such a sh*tshow that they could conceivably still go out of business, so why are they still allowed to tap up players and get away with it.

And before all the keyboard warriors kick off about Van Dijk and Southampton, the fee was agreed, but it was leaked, which pissed Southampton off and delayed the transfer until the following January.

Barcelona still think they are the dogs bollocks and have a Devine right to sign any player on the planet, even though they are broke and have a stadium crumbling faster than Old Trafford!
Gronk (LFC)

Man Utd missives
I was a little worried about the standard of mailbox entries in this off season but I didn’t foresee the quality of entries from the Man Utd crazy fringe.

So please keep posting everyone that sa’ad, Paul Murphy, calvinho, badwolf and rami send in – it is giving everyone the levity needed in these times.
J Belfast (Martial to shine without Ronaldo 🤣)

Comma chameleon
If, like me, you’ve found Steve’s recent comma-filled letters difficult to read, try reading them in the style of Christopher Walken.

It makes, the whole process, thoroughly enjoyable!
Dan (I got a fever, and the prescription is more comma’s baby!)