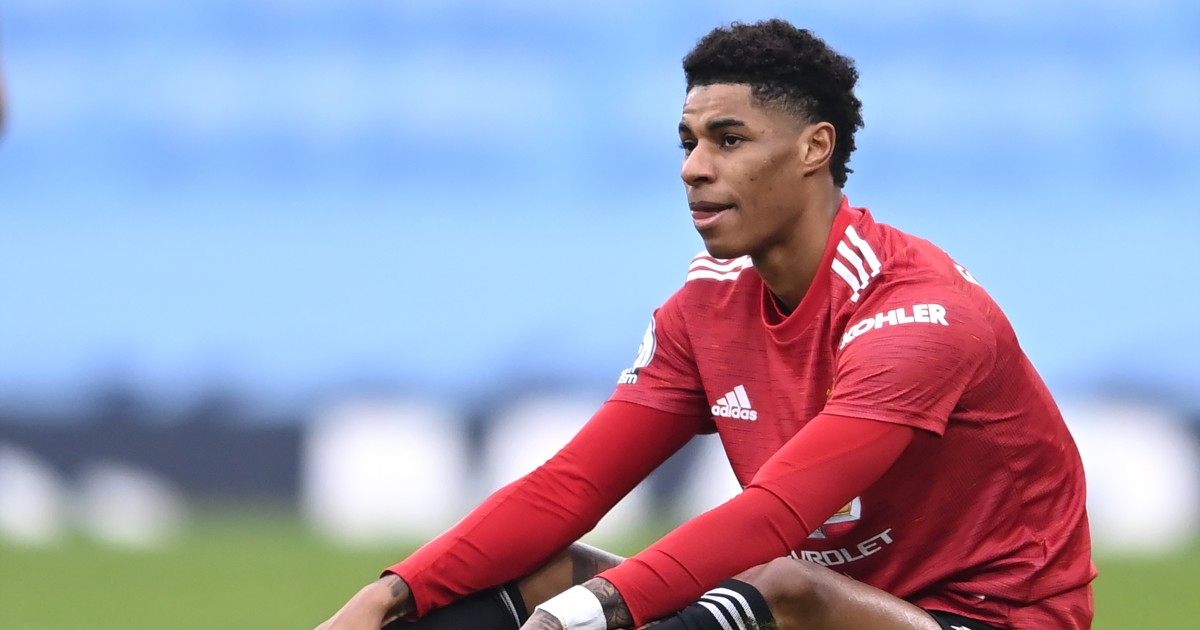 Send your thoughts on Marcus Rashford, Manchester United and more to theeditor@football365.com

Why athletes suffer mental health issues
As I read the emails from JB I thought s/he must either be a conspiracy theory follower, as in a flat earther type, or seriously hate Rashford. Perhaps it’s both.

Personally, anytime I visit a doctor or specialist and one of the options discussed is surgery, I do have to think really hard about the alternative options and whether  I want to go under anaesthetic and suffer the recovery consequences. Especially if it is something that can heal over time without it.

So I totally get Rashford’s reluctance to have surgery as a first option and United – OGS in particular- allowing the person whose body is going to be impacted, to make the decision.

How many players from 60’s to the 80’s (in so many sports) do we hear talk about being forced to play with painkilling injections, etc, and suffering longer term impacts as a result. It actually shows United to be a modern club any professional would want to play for. It may cost them by not having access to an ‘asset’ for a while but they are thinking in human and humane terms.

What JB’s emails also show is the life of a modern athlete – subjected to so much negativity and hate by any Tom, Dick or Harry (emphasis on the Dick) with a social media or email account. With no basis in fact or the full background, anyone can make derogatory remarks as it suits them. No wonder top athletes also suffer serious mental health issues – as we are seeing at the Olympics right now. Especially when the controlling organization pays scant attention to those issues. At least United are on Rashford’s side.
Paul McDevitt

Is JB actually conservative MP Ben Bradley in disguise? Haven’t seen someone get so worked up about the uncontroversial doings of a 23-year-old since he compared feeding kids to funding crack dens, and this latest rant is only slightly less unhinged.
– Ajax, Seattle

JB took it to the next level with that last missive. Only Chris Morris could do it justice…

So JB is playing the worlds smallest violin whilst writing his email about Marcus Rashford.

Bloody talented this kid, writing an email, playing a violin all whilst his head is up his arse.
Lance, Newcastle

False narratives
I do enjoy the false narratives that some players and managers receive. It can go either direction but let’s focus on the positive lies for a second and let’s start with my favourite, Pep.

Apparently he’s an excellent coach who improves players. Really? I can’t think of a single player he’s actually improved. Players generally improve as they mature, but nothing that could be attributed to him. I mean, just look at Sterling if you want to see a player that has stagnated since leaving Merseyside.

No, more often he refuses to give youth much of a chance, ships it out for a profit. If a player doesn’t work, he doesn’t try, he just buys another. He is the absolute definition of a chequebook manager. It’s just that he has better PR and better football style than Jose. They’re cut from the same cloth.

The same can be said of Klopp. Saw a news piece about the “amazing” profit Liverpool have made from selling youth players. I think that probably says it all, but some of these players were hugely rated before being marginalised and sold. I know that the first team is strong but that’s when you blood your next generation. Or if you’re a chequebook manager you sell it and buy replacements. Like Pep, his aura is more tactical than player development, no one there has particularly improved and there’s scant trust in youth in spite of the history or players on their roster.

Do I need to even bother with Southgate? Just a gentleman in a suite who is nice with the players and media but has no significant coaching, tactical or player selection nouse. But for years we’ve had the narrative about how good he is stuffed down our throats.

Just goes to show how the aura lifts when the success doesn’t come. And in Pep’s case, thats when he usually moves on. The only question is which one will get itchy feet first.
BadWolf

Is Henry underrated?
It’s the time of year when we all log onto YouTube and watch highlight videos of any players that are linked to your club. I went one step further during a leisurely 10km cycle and decided to rewatch highlights of Thierry Henry at his peak between 2002-2004. O. M. G. I genuinely forgot how brilliant this man was at his best, but then realised that so has everyone else. Jamie Carragher and Danny Mills, who earn their salary these days criticising defenders across the land, have no legs to stand on with their comments considering what Henry did to them on numerous times. 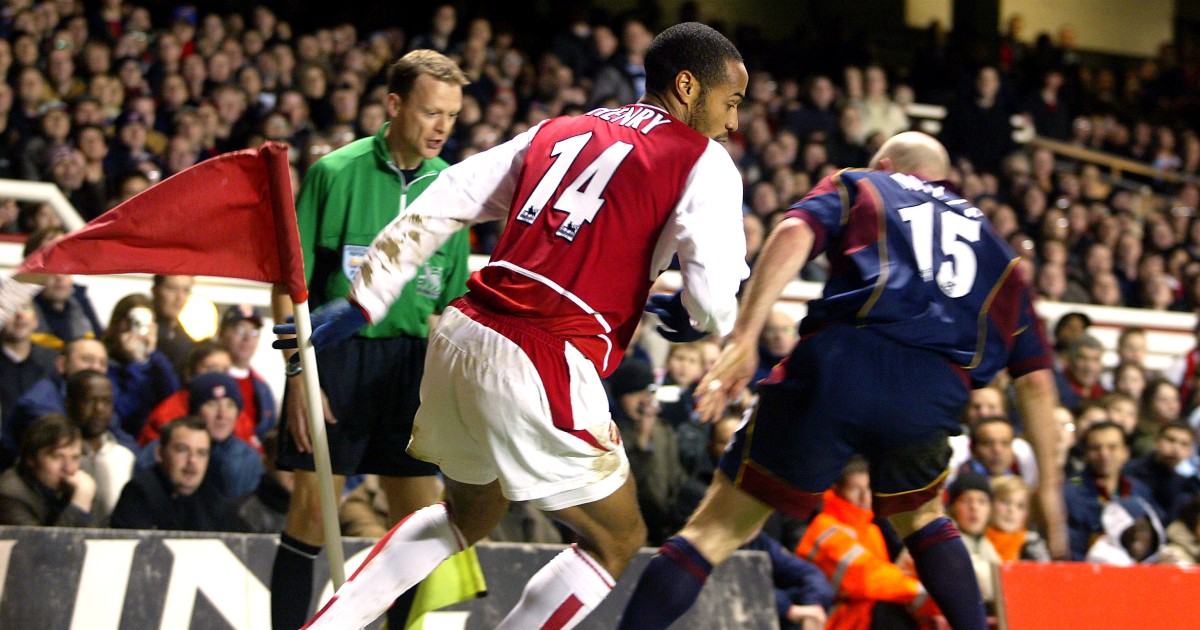 These days players from the 2000s such as Ibrahimovic, Zidane, Ronaldinho, Xavi, Iniesta, Figo, Ronaldo & Messi are revered for their brilliance (and rightfully so), but thinking back, I genuinely don’t remember a player as feared as Henry was during this period of excellence.

Now I’m in no circumstance saying Henry is better than Ronaldo or Messi in overall career terms. Whilst many rightfully call him the greatest player to play in the premier league, very rarely do I hear Henry mentioned as one of THE greats and that’s just not right. Henry at his best, was the most exciting and dangerous player I’ve ever seen and honestly believe he deserves more respect to his name.

So I ask the question; is Thierry Henry underrated?
Ash (London)

Good Bailly
I always thought that Bailly’s obvious talent would develop, eventually, in to the player he should have become, but watching him give away a moronic penalty in extra time for a handball, after an awful mix up in added time to give away an equaliser for 2-2, after gifting Spain the first goal as well, I must admit, I was wrong. Very wrong.
Henry, LFC, Düsseldorf

(I would also be remiss not to mention that Bailly also did score, for his own team, early in the game)

Thoughts and ramblings
A few quickies…

As per another mailboxer, I also didn’t see the value in Grealish last year when utd were supposedly pursuing him but now I can see he’s a quality player and a match winner. He was exactly what utd needed. Now, not so much, we have Bruno. However, Grealish doesn’t seem suited to City. I’m sure he would get in just about any team in the world but Pep seems to be more focused on a disciplined strategy and not in letting individuals showcase their talent. Grealish just seems he would offer more and enjoy more being at a Chelsea or Liverpool where his talent might have more chance to stand out and more freedom to be himself. Just my opinion but if he does sign for City he’ll probably still do well.

Rashford and his surgery. Yawn. Clearly he’s been carrying something and it must have been very tough to know when to get the surgery – if he’d taken a break from utd early season he may have not got back in the team and then he wouldn’t have even gone to the euros. There is never a good time to do it. Hopefully he comes back stronger though, he deserves it.

Varane will struggle with Manchester weather in August? Hang on, he first needs to get in the team. I wouldn’t be surprised if Ole starts the season with Lindelof so he can ease Varane in. Give him 20 mins as a sub or play him against a team he’ll expect to have an easier time rather than play him opening day against Leeds where utd will be expected to win yet Leeds will undoubtedly throw the kitchen sink at us.

And a bit more far out with a severe amount of straw clutching…. I am just thinking that although Haaland wants his dream move to Real, he knows it’s not going to happen because they can’t afford him. He doesn’t want to get tied to a long contract with Chelsea or the like that scuppers his future Real chances, he’d rather stay at Dortmund. But what if he already has an agreement with Ole about going to Utd next year with an understanding that if Real cone calling they’ll sell him? Ole seems way too cool about having lost him to Dortmund not long ago, I think he knows more, especially having managed the guy when in Norway, he must know Alf-Inge well too. I’m gutted we didn’t sign Haaland, Ole seems nonchalant – he knows something.

And why the f*** is footy in the Olympics?
Jon, Cape Town

The Varane in Spain
Dear Editor

Shappo claims going from the warmth and sun of Madrid in July to the rain in Manchester in August will make Varane dreadful for the first month. I’m curious as to why the prognosis should improve? Is the cold and gloom of, say, December in Manchester going to cheer him up?
Remy the Saint (Varane will probably play a blinder when he comes to sunny St Mary’s)

Embarrassingly proud
To everyone in F365,

For an Irish lad that’s been devouring the content of your  site since my English football loving boss and all around general lovely guy (good man Darren!) directed me towards it 15 years ago, thanks a million for including 2 of my emails in one mailbox!

Genuinely chuffed and it made my week so thanks very much guys. It’s the little things that keep you going in these abnormal times.

Please don’t sue me if I get a T-shirt printed with the above claim.