Home Mailbox Ronaldo might harm Fernandes but Pogba should shine 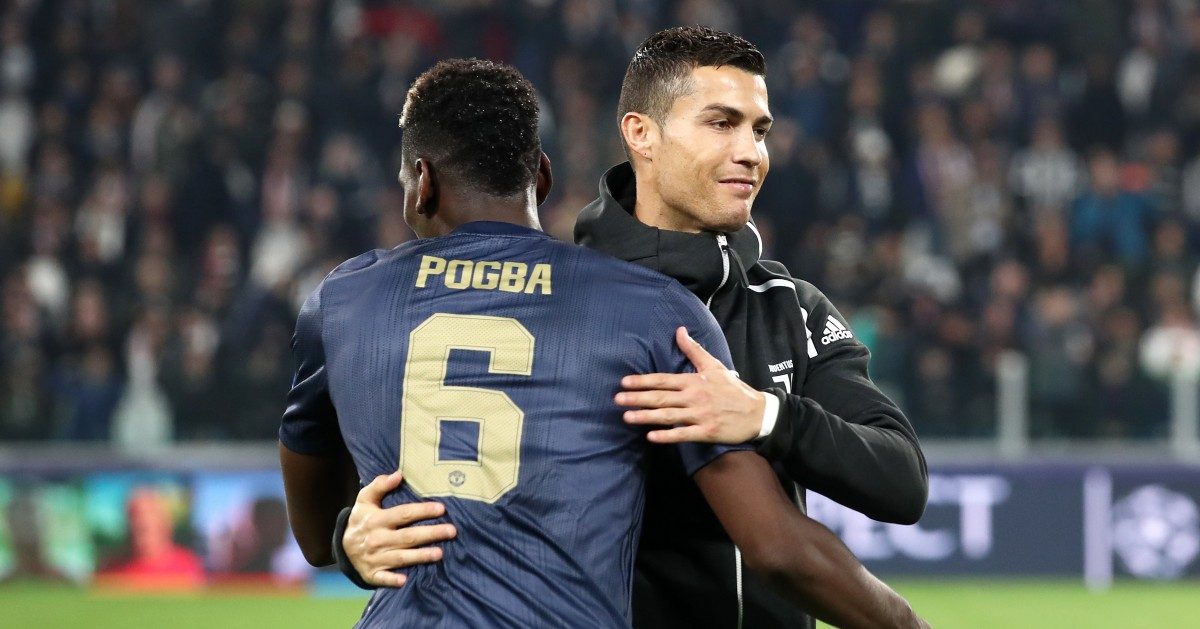 Bruno Fernandes will no longer have complete freedom at Manchester United but Cristiano Ronaldo could help unlock Paul Pogba in midfield.

On your Marx
Wow, they really don’t like Marxism in Hungary do they? Booing taking the knee before kick off. Take that Marxism! Then a clear targeting of chief Marxist Raheem Sterling. They clearly had issue with his Marxist ideology. Clearly the Hungary fans have legitimate grievances about the BLM movement, and would like a different gesture to be done to support the anti-racism movement.

Or maybe they’re just racist. Is anyone seriously sticking with that ridiculous excuse when fans in this country boo? Or is it only English fans that aren’t racist when they boo taking the knee?
Mike, LFC, London

This is FIFA. We are really upset about your naughty racism. Really really upset. We have decided to take radical and extreme action.

Before we explain our action we just want to remind you that you already have a 2 game ban for your fans because of previous racisms. You should know by now that there is no room for racism.

Before we explain our reasoning for this further punishment we just want to point out that excluding your fans from further matches makes no sense because we get a share of the stadium revenue and there’s nothing we love more than sweet sweet money. Mmm always Coca Cola. Or whoever pays sufficient money to be our official drinks sponsor.

And thus, with that in mind, we have decided to fine you 250k. Please kindly send it in cash with the Uber driver we are dispatching to your FA shortly.

P.P.S we are looking for somewhere to host the World Cup after Qatar. Let us know if you’re keen!
Minty, LFC

Why aren’t Greenwood and Bellingham front and centre getting serious game time in these semi-competitive games?

Will Walker and Henderson be phased out – if so, game time for James (and/or TAA), and maybe moving Mount/Bellingham into centre midfield might be worth looking at.

Maybe in the next game, Sancho could have a go on the right?

Despite the 4-0 score, creating chances still seems hard. Do we really need the double defensive pivot…leading to…

In the Euro Final, Pickford kicked long 25 times, mostly to the Italian centre backs. If this is the way we’re deliberately going to play against the big boys (boot the ball away and defend for dear life, as opposed to modern possession-based football), maybe give the head baller Calvert-Lewin a chance to use his noggin as well.

Creative midfielders are supposed to pass it to the danger players ahead of them. So a striker relying on service from a midfielder isn’t really surprising.

Ronaldo may stunt Fernandes’ penalty stats but that’s about it.
Silvio (Defenders focusing on Ronaldo will give opportunity to the others as well) Dante

The signing of Ronaldo might be bad news for Bruno. There is no doubt that Bruno has been United’s best player since he joined, even worth a shout for the Player of the year for the entire Premier League but no elite club has even sounded out the possibility of signing him.

This United team suits Bruno perfectly. He is the top dog, he is allowed to dictate play, tell others what to do, where to go, and is allowed the luxury to even lose the ball trying to make something happen. He often shoots from really bad positions too.

Now with Ronaldo ahead of him, Bruno will have to move over and give Cristiano the mantle. He will get a rollicking if he shoots from far instead of passing to Ronaldo. Bruno didnt perform well because he was knackered to death in the Euros playing for football but he always also quieter, he clearly wasn’t the main man in that team.

I have a feeling Bruno’s performance will suffer from this. He might also be asked to do more defensive work to allow for Ronaldo to roam upfront.

Pogba, on the other hand, I believe will shine. With pace on both wings, Pogba can ping balls to them from mid field on the counter. Ronaldos finishing will rack up assists for him as well.

He is leaving for sure next year so this entire year will be an advertisement for his new club. He also plays better when he’s happy and the team is winning. Also when he is mentored by those he respects.

Pogba was excellent at times playing with Ibrahimovic. With Cavani, Ronaldo, Bruno, Varane and Maguire in the squad, Pogba doesn’t need to worry about inspiring others and being a leader, he can just play his game, and not carry the team.

United still might not win anything without a proper CDM but we haven’t had a team this exciting for quite a few years, can’t wait for the season to resume. After the Moyes, Van Gaal and Mourinho years, it is a big deal for United fans to actually want to see their team play every week!

Ole may not be a tactical genius but he’s definitely given the fans our club back. This feels like United.
– Shehzad Ghias, MUFC, Karachi

I was compelled to reply to Ved Sens mental gymnastics.

First, he directs us to ignore Ronaldos age but marks the age dependent statistic “all time international goalscorer” on his hypothetical resume.

Second is the unique comparisons to other teams transfer activity.  This is becoming a general annoyance for me, transfer fees quoted without any acknowledgement of the wider investment in footballers (wages).   In this instance, taking a 20M fee on a 36 year old footballer, extrapolating his contract to 5 and using the “Manc Math” to compare to Grealish, White, Pepe and Lukaku.

Ronaldo is probably going to be a great signing but you’re trying too hard
James, London

Following over a decade of reading the F365 mailbox, I thought I had seen it all. Surely, it would not be possible for a contributor to explode from the woodwork at this stage, with an opinion so wonderfully couched as to render all those that came before as mere shadows, floundering in the wake of its sublime expression…

And yet, lo, this week, such a thing did indeed happen.

Dino Kantardzic – I doff my hat to you, fine sir. Thrice and more.

And to those commenters and opinion peddlers, of whose peddled opinions Dino was so chagrin filled upon reading, so as to inspire such artistry and genius?

I offer my thanks. And yet, along with those thanks, also a suggestion, if I may?

I suggest that perhaps another sport might suit you better. Maybe croquet, rounders or even shinty would be more to your liking.

As football fans, you are surely not.

Like a Virgil
I just happened to rewatch the Chelsea-Liverpool match.

Credit where credits due, Chelsea won a point.

Fine.   But, Jesus Jiminy Christmas, VvD put Lukaku in his pocket in the most casual way that might be possible.

If we stay healthy, if VvD stays healthy, we’re the best side.   Nobody has a better player than VvD.
Ian, LFC Hartford, CT USA

Who takes the penalties for Utd? How does the non-taker react?

Liverpool are either mid-Wenger or mid-Fergie – not spending or consolidating a great squad?

Man City and Chelsea’s summer windows are the same as all the others – City lost a legend, not really replaced  but you wonder how they would not win everything; Chelsea sign the hottest continental thing available, the pundits love them but we’ll see…
Shappo

Ed Quoththeraven made a sensible point in the Thursday Afternoon Mailbox: you cannot win a transfer window but you can certainly judge if your club had a successful one.

Taking this logic and applying it to Chelsea then the answer is a huge yes in neon lights, fireworks and a few drinks on the side. We needed a goal scorer and signed arguably one of the best in world football right now in Romelu Lukaku. We needed a third choice goalkeeper since Caballero left and of course with Mendy leaving in the new year for the AFCON, in comes Marcus Bettinelli and he even fills a homegrown slot too. Then finally we lacked depth in midfield with just Kovacic, Jorginho and Kante to fill two positions so we signed a top calibre player fresh off a La Liga title in Saul, on loan for a reasonable loan fee. Of course it would have been lovely to add a defender but compared to the major signings we did need we did very well.

Then we look at the outgoings. Of course losing the likes of Livramento, Tammy and Anjorin do bring a tear to the eye. We have learnt our KDB and Salah lessons by including buy back clauses in the deals, naturally the player still has to agree to personal terms if we activate said clauses but still, smart business.

How do other readers feel their club did in the window? Successful?! Failure?
The Admin @ At The Bridge Pod