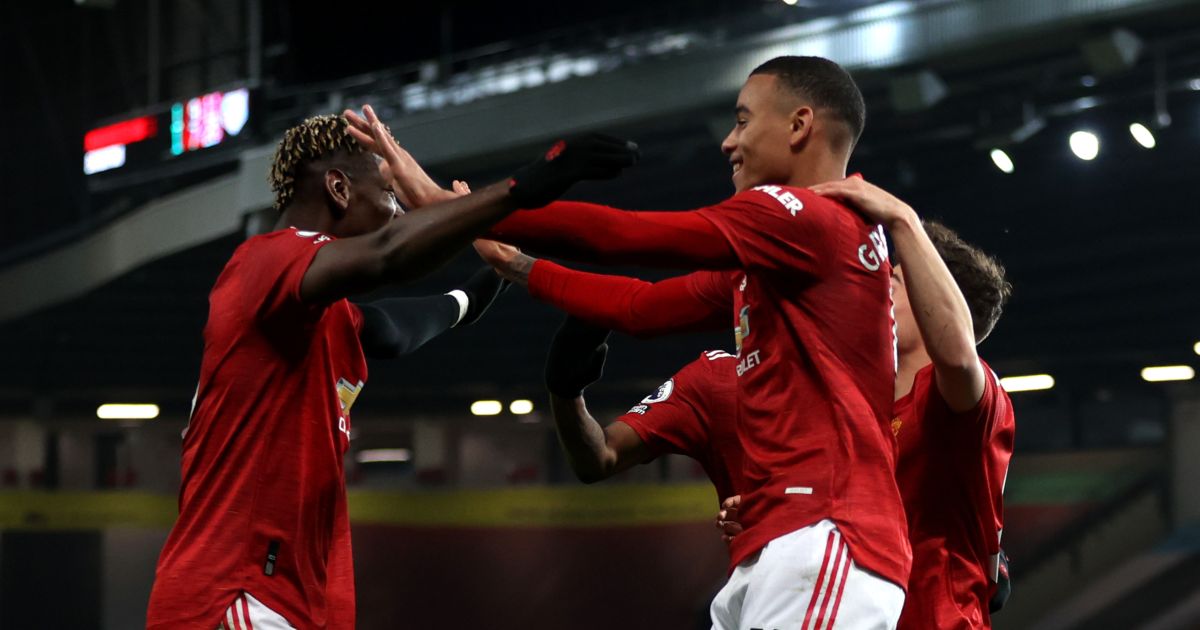 Send your thoughts on Manchester United to theeditor@football365.com.

‘The best and worst of a team that have a truly astonishing record of winning points having fallen behind in games but that have now done it so often that you are also left marvelling at just how often the second-best team in the country are getting themselves in unnecessary tangles.’

Liverpool have imploded under the weight of injury, expectation and Klopp’s manic approach. Chelsea look to be on the right track after the Frank Lampard folly. Arsenal are just Arsenal and won’t ever compete for the big stuff in the near future. Spurs have Jose ….enough said. And that leaves us, Manchester United as the second-best team in the country.

We are a shocking football side who struggle to maintain possession past 1 or 2 passes. Credit to the teams who have performed above expectation this season but to be completely honest, the quality of the Premier League is very, very poor.

I am not sure about the rest of Europe and whether there has been a huge drop in standards across the Spanish, German and Italian leagues and whether it is covid related. All I know is City have benefitted as they are currently the only stable club in the Premier League with a more than competent and qualified manager. The rest of us are making it up as we go along and it’s producing shocking football.
Plato – MUFC

Sterling has improved but is not world-class
This is gonna be yet another tiresome Sterling related email, but I promise this will be my last one

People need to just take a step back, consider what being a world class player actually involves, and be intellectually honest before making such statements. Stats do play a role in judging a player but you also need to combine it with good ole’ eye test and put things in context before spouting off about the number of goals Sterling has scored overall.

I’ll admit that he is a good player, has had very good seasons at City but that’s about it!
Bucky Dent (Bangalore, India)

Martial would do no different
I get that city/England fans wanted to jump to his defence (to be fair I never said he was bad player, I said he hadn’t improved) and tried to defend him by actually making my case for me.

Both letters who defended him talked about him scoring more goals in a very attacking title winning city squad surrounded by world class creative players than he did in a mostly toothless Liverpool team surrounded by mostly average players bar one season.

One letter also mentioned his character as improving – well one could argue it didn’t because he didn’t get caught using legal highs at Liverpool when he was younger and more reckless. It seems like his recent and admirable anti racism comments have washed away the irresponsible actions from before and made people think he’s been a saint.

Saying he scored important goals for city is both accurate and unremarkable at the same time. Lots of players do that for city, it’s why they win so often. The fact he vanishes whenever England play any knockout games suggests his level is really club and only when surrounded by world class creative players that create easy tap ins for him. Don’t get me wrong he’s got the right instinct to be at the back post and that in itself is a very valuable skill (ask van nistelrooy) and I don’t wanna downplay that, he’s very good at it.

But my point was, he was good at all that at Liverpool and aside from scoring more goals at city (which he should do) he hasn’t done much else. Put a striker less acclaimed in city’s team (martial for example) and I’d wager he’d get the same goals in similar amounts doing the same thing sterling does.

Again…not saying sterling is shit, just saying he’s not improved and nobody has demonstrated otherwise yet.
Lee

Ings could make City better
In regards to Will Ford’s fine article suggesting that Man City sign Danny Ings you could look to Inter Milan’s signing of 30-year-old Diego Milito in 2009. If Ings could just do a fraction of what Diego Milito did in his first season for Inter Milan it would be a fantastic signing. Signed from Genoa, Milito embraced his first opportunity to play for a big club by leading Inter to the treble. He scored pivotal goals all season long including a brace in the Champions League final versus Bayern. There are other examples, such as what Teddy Sheringham did in his early 30’s for Manchester United.
Steve from Toronto

Arsenal going the way of Newcastle
First and foremost, I am an Arsenal fan from India who’s been supporting this club for the better part of a decade.

However, I wanna put this out there for the mailbox to answer, especially fans of other clubs : Can Arsenal be considered a big (top) club anymore?

Before anyone gives me a history lesson, I understand that Arsenal are, in historical terms, the 3rd biggest club in England in terms of trophies and what not.

But the real question I have is, seeing as it’s been more than 16 years since Arsenal last won a major trophy (League title) and the standards have gradually dropped since the late Wenger era from title contenders to top 4 to top 10 now, at what point do we say Arsenal have stopped being a top, relevant club?

I personally don’t want it to be true, but it’s looking increasingly likely that we are going the way of Newcastle United and will cease being a top club very soon.

What does everyone else think?
Bucky Dent (Bangalore, India)

Timo’s up
Mikey, CFC…your defence of Werner, the striker who doesn’t score, reminded me of when Benitez was managing your lot and he praised Torres for winning defensive headers at corners.

Strikers literally have one job. Werner isn’t Firmino (this season Firmino also isn’t Firmino in fairness) so I don’t think he can get away with just running around and trying hard.
Minty, LFC

VAR bias
Having just watched the Southampton Burnley game I have to ask is VAR totally bias against smaller clubs? The reason I ask is Burnley should of had a penalty for blatant shirt pulling yet VAR didn’t bat an eyelid. Clubs being denied correct decisions is what VAR was implemented for do why is it so bloody infuriatingly flawed?
Paul Murphy, Manchester

Greatest English Premier League manager
While reading Graeme, Glasgow’s mail about the greatest English PL manager my mind jumped into gear as I figured Sam “never* been relegated” Allardyce can’t be the best domestic coach of the past 30 years. I came up with three realistic alternatives:

Kevin Keegan – Came roaring into the top flight by taking his newly promoted Newcastle to immediate title challenges (3rd, 6th, 2nd & 2nd) and remained at that level until he resigned. When he returned to the Premier League he did an excellent job stabilising Man City having promoted them and picked up some notable wins along the way. His brief return at Newcastle was pretty unspectacular results wise.

Harry Redknapp –  Gave West Ham their second best ever league finish (5th in 1998), took Portsmouth to their greatest heights since the 1940s and took Spurs to the Champions League quarter finals. Despite these successes he does have the rather significant blemishes of multiple relegations and the financial issues that followed at Portsmouth.

Roy Hodgson – A so-so record with Blackburn, however his job with Fulham is what really stands out here. Taking a side from a relegation battle to the europa league final in 2 seasons, which comfortably eclipses Allardyce’s escapology feats. Very commendable work with West Brom and Palace, again saving them both from very perilous positions and solidifying them in mid table. Crashing and burning at Liverpool doesn’t really help him here.

Honourable mentions include Sir Bobby Robson and Roy Evans, both of whom I discounted as they managed in the Premier League era for less than 5 seasons.

Well, that list is pretty damning. Very few English coaches have won silverware and and/or managed in elite European competition; only Harry Redknapp and Steve McClaren tick those boxes this century, and both have relegations on their CV to counteract those positives. Overall I’d say Kevin Keegan edges it, what he misses out on in terms of longevity he more than makes up for due to his immediate impact and absence of any real failures. If the mailbox compiler would be so kind this would be the perfect spot to add a link to Johnny NIc’s piece celebrating Keegan from last year.

*soon to be relegated once
Kevin, Nottingham

I would humbly contend that Bobby Robson, Kevin Keegan, Graham Taylor and Harry Redknapp are significantly better (particulary Bobby, who occupied a rareified stratum of genuine greatness). To be honest, there are a couple of Glenns and even one Gerry I’d take over Sam as well.
Remy the Saint