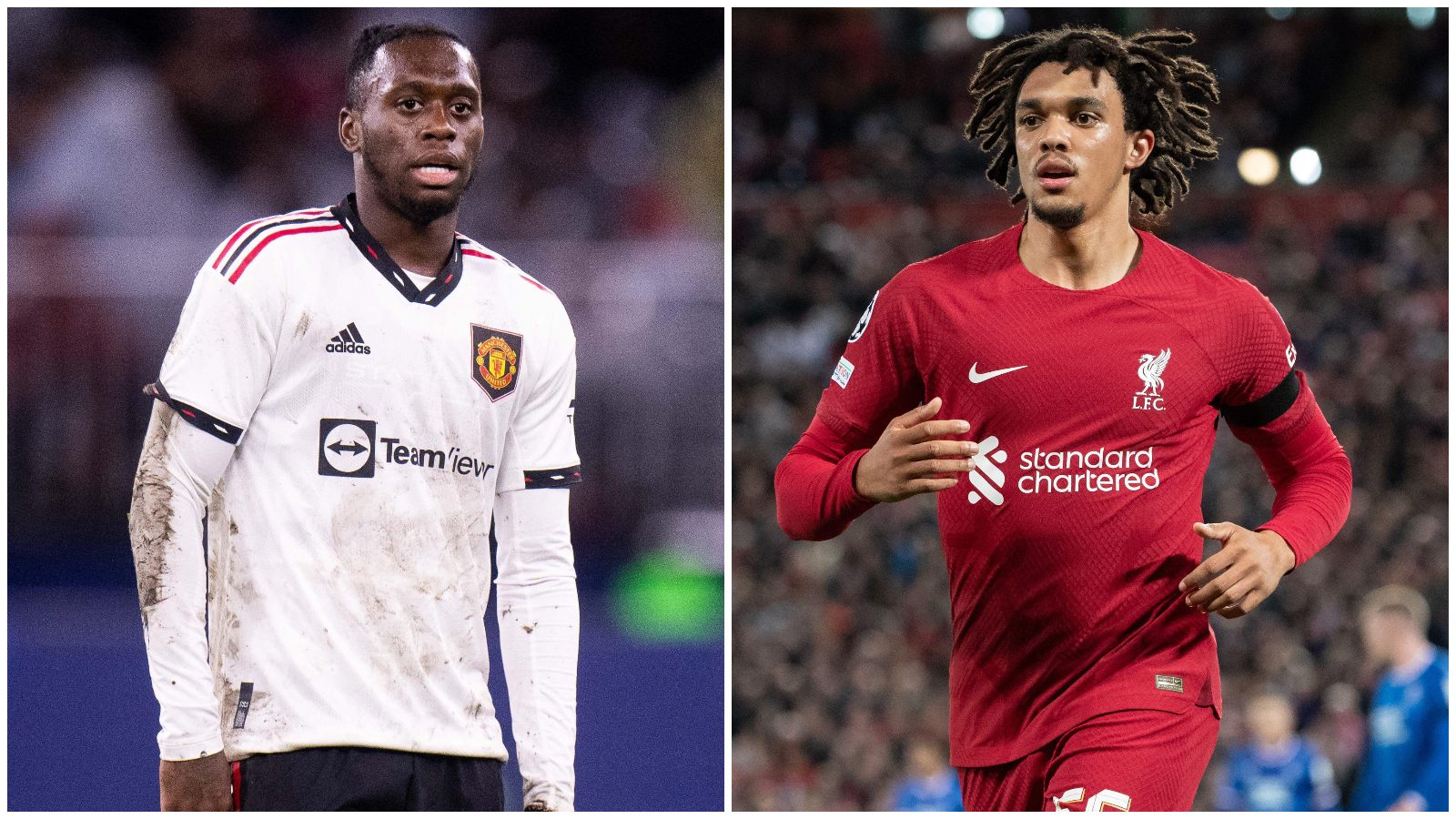 Why Mbappe isn’t coming to England
Kylian Mbappe has about the same degree of choice in moving to a new club as Cristiano Ronaldo.

Mbappe currently earns an estimated £50million a year/£960k a week net (after tax), which in the UK would cost a club close to £100million a year including tax.

His signing on fee for his PSG contract – signed less than six months ago – was over €100m/ £88m currently (exchange rate only going to rise. Please stop voting Tory)

He is on a three year contract at PSG who apparently have no desire to sell. If there is a release clause it’s deeply confidential, and his contract cannot be bought out as Neymar’s was. PSG are blood money funded for reasons of international prestige and Mbappe is the absolute personification of this, so the only way to make the loss of face of a forced Mbappe sale acceptable for their owners would be a transfer fee of quite insane proportions. £350million might possibly do it.

He does not sell that many shirts.

Manchester United have the highest openly reported total yearly wage cost in the Premier League at £208 million, so Mbappe would increase their wage bill by 50%.

Manchester City likely pay far more but lie about it. Even they however would be unable to conceal Mbappes cost.

There simply isn’t a club in England who can afford Mbappe fairly. Manchester City and Newcastle could unfairly, but it’s vanishingly unlikely that they would be able to overcome the FFP outcry that would result, and neither club have any desire to create a reason to have their accounts forensically scrutinised.

No club in Italy can afford Mbappe.

Bayern Munich could afford his wages, but not his transfer fee.

So that only leaves Real Madrid and Barcelona in Europe.

Real could just about afford Mbappes wages, but not Mbappes and Benzemas. They could not afford the transfer fee. It’s unlikely PSG would want to sell to Real Madrid in any case, and Madrid know that in three years Mbappe will join them for free.

So that just leaves Barcelona, who are a massive basketcase already. They can’t afford anyone, but since their buisnis pln comprises hurling bits of their house at creditors, screaming “F*ckityolo” while rolling naked on a bed of crumpled player contracts and signing them at random with the large pen in their anus, I think they are the only club in Europe who would seriously consider the attempt of signing Mbappe worthwhile.

EVERYTHING above completely ignores the negative personality aspects of Mbappe and the consequences of bringing him into your club, which do seem now to be a major downside.

Want to close out a game you are leading, why not bring on AWB. You want to play Antony against a top team and don’t want to concede 6 goals – play AWB instead of Dalot. Same goes for Malacia.

They may both be limited in attacking output (Yet) but they can surely be improved to an acceptable level by a good coach. If Valencia and Young could be coached into full backs, Joelinton into a defensive midfielder then surely 2 full backs can be coached into you know – full backs.

Malacia is new , but AWB has played much of his united tenure under OGS, who bless the man and what he was able to accomplish, isn’t really the best coach you can hope to have as a young player with limitations. Rangnick was never there for the long haul so improving players for the future wasn’t his mandate.

Napoli can rival City
After watching Napoli domestically and in Europe this season I ask, are they the dark horses for this season’s Champions League?

Up there with Man City they are the best team to watch in Europe, free-scoring and pretty solid defensively too. During the summer there was so much negativity surrounding the club when they lost the spine of their team as Insigne, Koulibaly and Fabian Ruiz all left. Their signings hardly screamed title challenge or Champions League group toppers either as the journeyman Giovanni Simeone, the exciting but unproven Khvicha Kvaratskhelia and the relatively unknown Min-Jae Kim arrived through the door.

Despite the ins and outs they appear to be an even better team this season and top Serie A and their CL group currently. Khvicha Kvaratskhelia has been a revelation so far, he can score all kinds of goals and is incredibly creative while also being remarkably unselfish in front of goal. He currently has 7 goals and 7 assists in just 13 games in all competitions. Simeone has 4 goals in 9 games so far too and Min-Jae Kim is already attracting interest from Europe’s top clubs due to his solid performances.

Napoli are certainly a club to keep your eye on this season. Every football fan should be watching them and Serie A in general (the electric Rafael Leão is reason enough in my opinion) if they want the excitement and multiple title challengers that other top leagues are currently lacking.
William, Leicester

Conte needs to check the dictionary meaning of Spursy, as he was making all those subs I knew a calamity was coming.

In fact I imagine him rushing down the tunnel was to check his Oxford English to Italian diary for the definition, presumably listed next to a smiling picture of Emerson Royal.
Jon (Son leathered that though, eh?), Lincoln

…Unless spurs rid themselves of spursy players, they will always be spursy.

Eric Dier is a 100% spursy player, IE. A player who always starts well for a new manager, then keeps dropping bollocks one by one.

Everton had two of them at centre back and Frank has finally dropped and replaced them. Now we have a fairly decent defence.

We won’t win the world cup as Southgate will select at least 2 of these spursy players who at a critical time, will drop a bollock.

Other than that one spursy player, spurs look quite good. So why do managers keep picking spursy players? Loyalty? Or just blind faith?
Fat Man

The brace came between Kane’s goal? Hmmm – Not sure what type of sandwiches you all are eating over at HQ, but you might want to put some gloves on before lunch. Either that, or Harry Kane started his run-up in the 19th minute to notch his goal in the 37th.
Rocastle7

I just thought you should know.

City and their owners
Thanks for your email James Outram… For the record I didn’t use the words ‘TOTAL EXONERATION’. I even wrote a passionate ‘even if’ defence of Manchester City. A reminder that UEFA accused us of some stuff, we denied it, it went to arbitration, the majority of the arbitration panel decided that the allegations of UEFA weren’t supported by the evidence. Not just the evidence of the 6 emails in Der Spiegal but witness statements, bank records and audited accounts. You and Pablo should stop cherry picking paragraphs from the CAS report and acknowledge that they found that UEFA’s allegations were not supported by important things like facts and evidence.

Again though let me concede that our owner may have been investing in his own business. So what? In the entire history of football this was not a problem. For over a hundred years owners of clubs have done this. The ‘cheating’ we were accused of wasn’t to do with any contravention of an on field rule but of fudging some columns on a spreadsheet. Why can’t an owner of a football club spend his own money on the football team? They used to be and can in every other industry.

Save me from all the sanctimonious rubbish about saving City from its owners and competition. Our 2007 squad was having their wages paid by the previous chairman! If Sheik Mansour (not Abu Dhabi) leaves then we will have to make do with working hard on the training ground, clever player acquisitions and smart commercial decisions. Gosh you’re right the Club is going to have to be run very differently.

You misunderstand my point about the pie. I was mainly referring to Champions League money. Perhaps I should have been clearer.

You are dismissive of me banging on about the old order but then suggest that teams should benefit from having success 30-50 years ago. For the record I’m not trying to deny anyone the opportunity for success. One way a team could have been successful all those years ago was by owner investment. Why is that opportunity denied from teams now?

The utopia you think exists doesn’t exist even if you take City out of the equation. Let me remind you that pre 2012 only 4 teams had won the EPL. Since City started cheating and making life unfair 5 teams have won the EPL including 3 for the first time.

The advantages achieved 50-30 years ago accumulate and snowball. Seasons don’t restart every year. Teams that begin to have success have their best players bought by the teams above them who can offer wages and a higher chance of success. The incrementalism you describe as the way to achieve success never results in it. There is no trickle down, pull up your boot straps way to win when the system is rigged. It can lead to the odd league or trophy won here and there but the last 30 years of football history demonstrate it doesn’t last. The disparity between the richest and the poorest (not over one season but 50!) grows larger and larger. The only two teams to have broken this old order required huge owner investment.

Ok let me concede you are right and we need to start again. Let’s consider that the world of football and finance is very different today than it was 30 years ago though so perhaps fixing the established order of things going forward based on how things were then might be a little unfair. It’s much fairer to pick a start point that is more in keeping with modern football. Perhaps 2008 would be a good place to start?
Richard (must have imagined all those City games I was at prior to 2008)