Home Mailbox Mailbox: Who will be football’s first total mercenary? 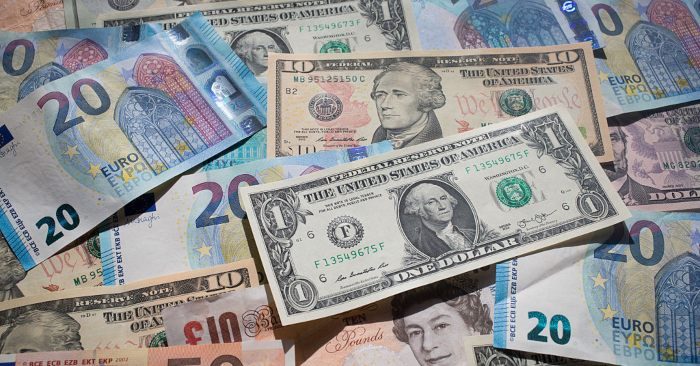 Can we buy out Manchester United?
It makes me feel sick to see what those f*****g Glazers have done to United and Newcastle are in the same position with Ashley. My question is, have any other clubs been bought out by a conglomerate of fans? Would it even be possible and if so why is it not a popular option? I realise United would cost around 4bn but we have millions of fans around the world.
C, London

How close are we to football’s first total mercenary?
So I have a theory that ties in with Tim SCFC’s email. I think in the next 10 or 15 years we will see an elite player start bouncing around between all the top clubs with never a single transfer fee paid. He will sign no contracts more than two or at most three years and then disappear off into the distance with another high end club and a whacking great signing on fee.

If this player makes a success of this lifestyle, it will change the landscape of football contracts for good, at least at the top end. Players lower down the footballing pyramid will still be after a bit of stability, but the elite will be able to name their price.

Imagine someone with an ego like Zlatan (it’d have to be), spending two years each at Barcelona, Real Madrid, Juventus, Man City, Liverpool, PSG, Bayern, and then seeing out his last days in the USA or China. So, not unlike the real Zlatan. If he sees this, he’ll be kicking himself that he didn’t think of it first. Over the course of his career, Zlatan moved for transfer fees totalling around £150 million. What player wouldn’t want to pocket that lot instead?
Harry, THFC

…I usually find myself nodding along to Ed QTR, but I disagree on contracts. Not paying transfer fees is essentially how many lower-league clubs operate – I don’t think Wycombe, the club I used to watch regularly, has paid a fee since 2010/11. Players are essentially offered one or two-year contracts.

And as for non-compete clauses – good luck getting them to stand up in court. I’d envisage the system like a standard fixed-term contract including financial penalties for early termination by either party (except for gross misconduct). I may have this wrong, but I think in Spain. players effectively buy themselves out of their own contracts rather than club to club payments, which is not a million miles off this system.

The problem would be that poorer clubs would lose valuable assets for nothing – although as that’s already happening with the academies shake up, I don’t see that making too much of a difference.

And just on VAR, since everyone else is weighing in, a 30-second rule would certainly be an improvement. But I like John Nicholson’s comment that VAR supporters will echo frustrated communists, arguing it would be so perfect if it was just implemented properly. I guess it’s great if you think penalties are the best bit of football, but otherwise it seems like a sticking plaster for people who can’t cope with the fact that life is unfair sometimes. The best person for the job doesn’t always get it, the team that deserves to win often doesn’t – and dealing with that is a lesson we all have to learn as kids. The way to make things fairer is to recognise that people make mistakes and create an atmosphere where referees are respected and granted the best possible chance of success. Ultimately, football’s not ‘too important to leave to chance’, it’s a game we like to watch and I’d rather suffer Phil from accounts throwing terrible banter for a summer than have the letter of the law take so much precedence over the spirit.
Will, LFC

Is the lack of a narrative a narrative?
Firtly, I’ll admit I haven’t watched a single ball being kicked at the Women’s World Cup. I have, however, read numerous articles and emails about it, the VAR decisions, Phil Nevilles suit et al.

The article by Seb Stafford-Bloor saying the football is great because of the lack of narrative is quite ironic. Because all I’ve read on the subject is that no narrative is the narrative.

Was that the point of what he wrote?
Culk The Younger

Is that Ronaldo record right?
There is a well-circulated stat online that Ronaldo (Brazilian) scored 88 career goals by dribbling around the keeper.

Is that a record, is that proven? Is it possible that a god to anyone who is old enough to have watched him tear up the sport during his era – when defenders were allowed to tackle and balls were made out of leather – could possibly hold one record that Messi and Ronaldo (Portuguese) don’t?

He’s also cited here as one of the reasons why Alex Iwobi plays for Nigeria … and whether you rate Iwobi or not it’s a baffling sequence of events https://t.co/02DP7yKtvh