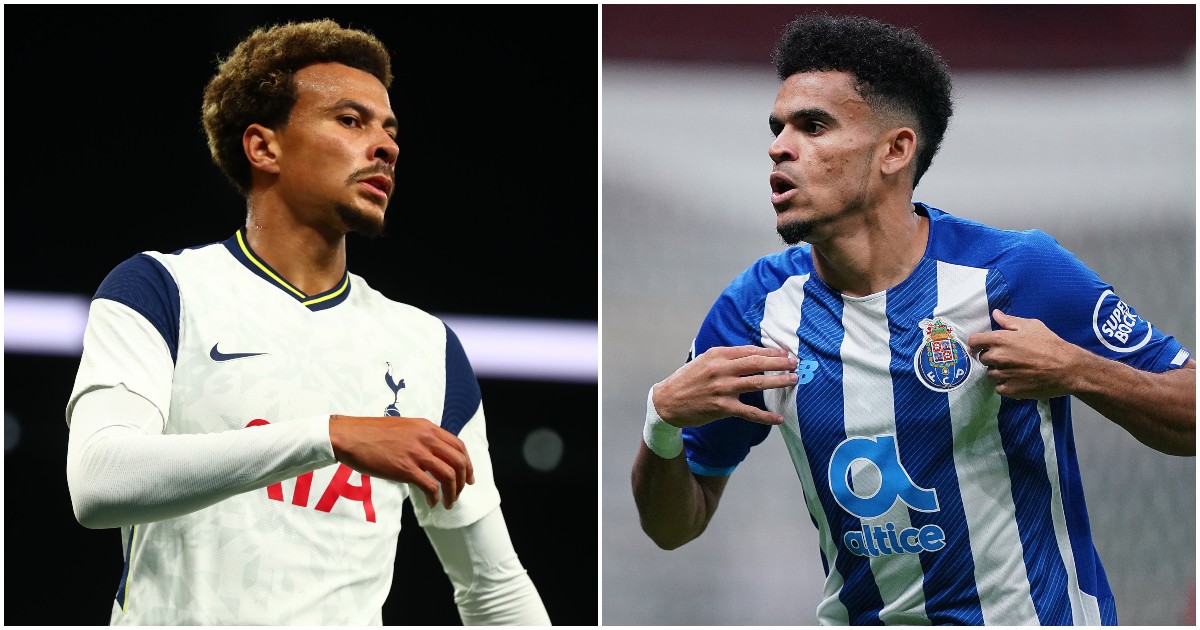 Liverpool signing Luis Diaz is brinksmanship with Sadio Mane and Mo Salah. One bit of ‘brilliant’ Spurs business will be an Everton ‘disaster’

Spurred on
I wanted to write into the esteemed mailbox to protest the fact you’d deemed Spurs losers in this transfer window and, also, to contradict my own previous mail about what an utter shambles it had been for Spurs.

It’s not how you start though, it’s how you finish.

So, after Paratici and Levy clearly reading the mailbox and, specifically, my thoughts on how they’ve completely b*llocksed things up thus far, they took action. 2 bodies in and 4 out. Some fat needed trimming which we did, whilst getting a bit of a refresh with a couple of new faces.

That alone (taking action) makes us winners based on the wider context. Look at Man U, Arsenhole and The Bubble Blowers. Diddly squat. In isolation, I get there may be an argument it’s not an amazing window for us. It’s always easy to make it look ugly/beautiful based on your own power of articulation.

For me though, Clive, taking action when your direct challengers for 4th haven’t and getting £40m for Alli (lol) is an absolute win. To get that amount of (potential) money for an attacking player who has scored one goal – a pen – in the last 237 years is brilliant business.

Tanguy and Gio have not looked happy or like they gave a sh*t and I can only assume young Bryan has gone back on tour with The Beatles tribute band ‘The Brians’.

Conte won’t be doing cartwheels, but the fact we’re challenging for 4th – with all those games in hand – and have basically done it without our best CB and with the likes of Sanchez, Tanganga and Emerson playing means he should at least be optimistic.

So Romero will be back soon, Sonny will be back, Kulu is a new creative option on the wing, Bentancur should give us a better midfield and we don’t have 3 players who’ve offered nothing in recent times and/or never mooching around a team with CL aspirations. Sounds ok to me.

Just another note on Dele. For 2/3 years he was a joy to watch and I have a lot of time for the kid. I hope he rediscovers his mojo for the Toffees but it’s got disaster written all over it. Playing for someone who was amazing (the best in PL?) in your position isn’t going to remedy you being sh*t for nearly 4 years. He’ll have a purple patch (as he first did under Mourinho) and then it’ll go pear shaped.

Personal highlights for me were the away goal at Palace in Jan 2016 and the touch and finish away at Stamford Bridge in 2018, helping us to claim to our first victory there since Jesus was born.
Glen, Stratford Spur

*Everton find themselves in quite the unusual position. For a few years, it felt like West Ham United’s recruitment policy was “see who Palace are in for, and offer them more money”. That was supposedly the story for Jarrod Bowen and several others, and to give the Hammers their due, it’s worked, because they’ve finished above the Eagles consistently. In 2022 however, they’re a bit better than that, and find themselves in the mix for the European places.

The Toffees, meanwhile, appeared to take over from them in gazumping Crystal Palace, when they emerged as rivals – or more likely, better candidates – to take Donny van de Beek on loan. Older readers may have felt a warm glow of nostalgia for a time when Everton would routinely take in the pick of the players Manchester United no longer wanted, those who were too good for Middlesbrough or Sunderland. To varying degrees, van de Beek, Dele Alli and Frank Lampard all have something to prove and careers to reignite. It will be interesting to see how it pans out.

*Speaking of teams with something to prove, the Arsenal made a big call letting Pierre-Emerick Aubameyang leave. There is bound to be a lot that is not yet public, but it seems unlikely they would reach such a decision unless they had a plan. He had been on the outside looking in for “disciplinary reasons” before AFCON; it would be easy to suggest that the Arsenal deemed him a disruptive influence and that he was moved on for the sake of squad harmony or morale, but that might not be accurate. It’s either heaping the pressure on, or giving a massive vote of confidence to their remaining forwards.

* Liverpool signing Luis Diaz seems like a bit of brinkmanship with Sadio Mane and Mo Salah. Liverpool would not have spent that much on a player to sit him on the bench indefinitely; instead, his arrival is something of a stalking horse to those players, that there is a replacement being readied to step in, presumably on lower wages than either of them is expected to ask for. It suggests Liverpool are preparing for life without one of their main stars and are probably trying to play them off against each other in a variation of the prisoner’s dilemma.

*Crystal Palace, meanwhile, were able to look at the bigger picture. Signing Jean-Philippe Mateta for roughly two-thirds of the previously quoted obligatory price that formed part of his loan deal is a good bit of business, as it means the club’s sole forward out of contract in the summer is Jordan Ayew.

Elsewhere, a couple of other stories have really shown them to be a club with an awareness of the bigger picture. Their other bit of deadline day business was signing Luke Plange and then loaning him back to Derby County for the rest of the season. The Rams are in a complete mess, but as Steve Parish said, Palace are a club who have experienced administration and know what it is like. A little bit of sympathy goes a long way.

In better news, Palace announced last week they have introduced an aftercare programme for players released from their academy. Hopefully other clubs will introduce similar schemes.
Ed Quoththeraven

A few thoughts on the major events of last week:

Lingard: So glad he is staying at United, we will surely need it. We have Sancho Ronaldo Rashford maybe starting, Elanga Cavani Lingard on the bench. 3 competitions to play in. He will be a boon for us. And I think playing for United in an attacking position will be great for him too.

Arsenal: What a terrifically bad window. The weight of the world on the shoulders of kids in the team. No striker, rubbish defense, and a barely functional central midfield. Arteta has no idea how to be a manager. Falls ass-first into a run of good form followed by being absolutely trash. He does nothing. I don’t give him credit for the good or blame him for the bad. He is just existing at Arsenal. I would never ever want a boring talentless man like him at my club. Ole may be similar but at least he was my club legend and fun for a while and worth the highs.

Spurs: Always the bridesmaid, never the bride. To be rejected on a daily basis must be depressing. Conte now knows where he and his club stand in the footballing hierarchy, just above everton & villa, soon to be below Newcastle. At least got 2 players in and have something to be hopeful for, unlike Arsenal.

Manchester United: A great window for all the outgoings, maybe 1 CM inwards would have made it into a perfect window. An over bloated squad thinned with loans and deals that suited all 3 parties involved in every case. Have lots to look forward to.

Luiz Diaz: I hope he is crap, but dont think he will be.

Lampard: Will do a decent job this season, will be hyped and destroyed next season.

Fan denial
Just read the earlier Mailbox and gotttdaaaam! What an insane amount of denial by Spurs and Arsenal fans. Such things are absolutely expected out of Barry Fox. But the rest? Do people feel they need to be so much in denial so they can continue to live their lives?

I mean I have no issues saying United are having a rubbish season (or 8 years…). Sancho has been trash, Maguire rubbish, Rashford can do better and we need to have a better midfield. But I still feel we have a chance for the top 4 + a trophy. I mean being an optimist doesn’t require you to be in absolute denial about your team boys. Y’all need to get a grip. I burst out laughing with the headline “Tottenham won the window, and Arsenal nailed it too…”. It’s a shame that a forum where people should be able to be honest and frank has boiled down to just plain and pure denial, pisstaking emails coming in from the usual jokers.

The same clowns who said Lo Celso, Ndombele, Bryan Gill, Nkeita, AMN etc were going to be world class. Arsenal are literally managed by a deadline day signing! Its all just so hilarious.
Aman

Manchester United failed
As a follow on from Mediawatch, United failed in January because they didn’t close the glaring hole that has been left unfilled since Herrera left.. Central midfield is a key issue, it’s the reason for MCFred, probably a part of the reason people maligned the old coach and is part of why the Interim one has control issues…

It should have been fixed cheaply this January ( we probably need a main guy and a spare … Instead 100m will be spent on someone obvious in the summer…..
TIMI, MUFC