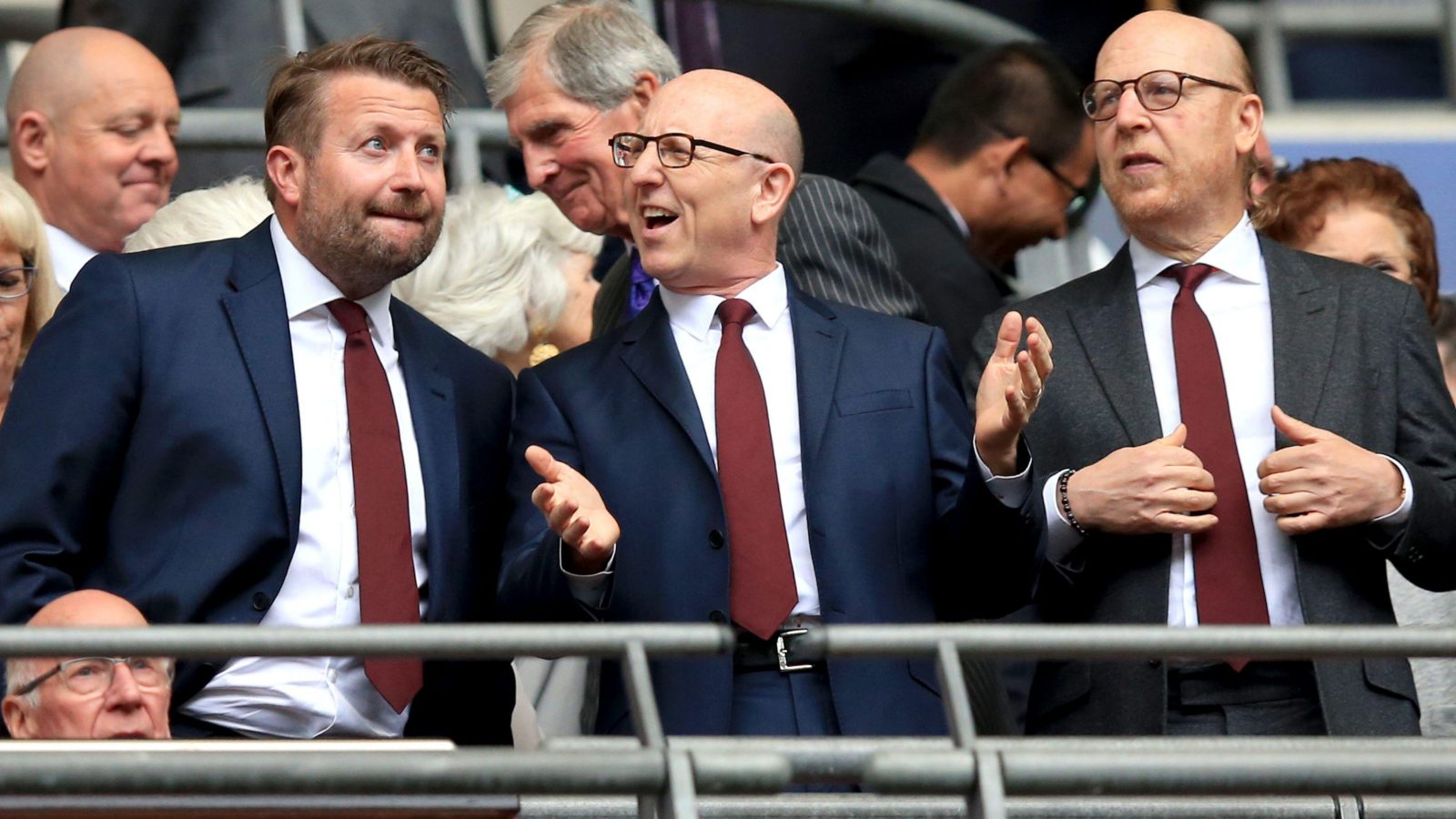 One Mailboxer was triggered while watching Brazil last night, while a Liverpool fan is fuming with the Glazers for putting Man Utd up for sale now.

The Brazilian Pogba
Neymar. The South American Pogba. Watching him play football is like trying to shear a pig. There’s more noise than wool.
Basically a footballing Kardashian, more marketing machine than man. He’s certainly no Romario, Ronaldo, Rivaldo or Ronaldinho.
Rose tinted glasses tainting my judgment?
No.
Eoin (As for Richarlison scoring, even a stopped clock is right twice a day) Ireland

Postcard from Qatar
I thought I’d chime in with my thoughts of the world cup (having just gotten back to the UK from Qatar).

I got lucky enough to get some pretty swanky tickets for the Argentina game and also got to stay in Doha all expenses paid so it’s not quite the normal trip but anyway, it is what it is.

I probably wouldn’t have gone if my trip wasn’t mostly free and would have likely been very opposed to the entire WC but as soon as I accepted the ticket my comments or thoughts don’t count for anything.

I can say that the Qatari’s seemed a bit bewildered by the hoards of fans descending on Doha but didn’t seem overly fussed by the noiseor crowds. The Souk in downtown Doha was packed with fans of various nationalities making a lot of noise (Morocco in particular I’m looking at you) and there was a very convival atmosphere with not a hint of trouble anywhere. I don’t doubt this has to do with the lack of alcohol (if you can call Bud that) but also the fact that nobody really wants to be spend a few nights in the cells of Doha but it was fun to see such a warm atmosphere.

The Saudi fans were incredibly loud (way louder than the Argentines but obviously outnumbered them massively) and were way more chatty and lighthearted than I would have ever expected.

It was actually very pleasant to get back to the UK and not be hideously hungover so I can’t complain at that. Also £15 a bottle of Corona in our hotel bar wasn’t too enticing either.

Not really got much to say other than I had a nice time, people were very nice, infrastructure worked well and I’ve clearly been sportwashed.
Lee, Hornsey

Coming home for Christmas?
Having watched most games so far in this World Cup I can definitely draw the following conclusions:

Man Utd’s sale and a gay dad’s view
Some thoughts on things:

– It’s genuinely annoying that Man U are selling as well as Liverpool now. It feels a little like another house on the road going up for sale when you’re waiting for a buyer. That said I’m not surprised, I dont think it’s anything to do with the super league, it’s probably just the cost of servicing debt at the moment. If we ever needed reminding, while there will be a varying duty of care, they are just investment vehicles.

– I asked my gay dad what he thought about the whole Qatar thing. His words were: “I love my football. I’m not gonna let a bunch of poofs ruin it for me”. When I asked for something less flippant he said: “I’ve always believed you change things from the inside, not from the outside”. Probably worth bearing in mind that we all want change here, but we should also respect the diversity of approaches

– For me, 90% of this is on FIFA for holding a corrupt voting process to award the WC to a nation which has no infrastructure in place, and not insisting on minimum standards of etiquette. Apparently they can insist on being largely tax exempt, but not building regs, shows of inclusivity, or beer at stadiums. That’s probably the surest sign of bribes right there. Although Qatar have made big missteps, complaining about them feels a little like the parable of the scorpion and the frog. If this is sportswashing then it really hasn’t worked.

– Finally, I also separate football and music from the politics except in extreme circumstances, and I can attest that it’s been a mighty fine World Cup so far. Some superb games, great upsets, donate to Stonewall and go and stick the TV on!
Adam, LFC

Added time
One good thing from the World Cup is the added time. It could actually stop time wasting as players get it that rolling around for twenty minutes after slipping will only make the game longer and they will have to earn their money. .

The next step is to explain it to commentators.

They have not been “playing for fifty-five minutes” that is the whole point. They have been playing for forty five, because the added time is to make up for the stoppages.

Now, slowly… that is a far away cow, that cow is close…
Tim

…Without going into the ins and outs etc etc a country willing to give Beckham £15m to visit their spice markets ( to declare it’s the best he’s ever seen ffs – you’d confuse him by suggesting white pepper not black) are surely going to ‘ encourage ‘ as much world screen time advertising their country and airline …. Even it’s subliminal ….. it’s giving them 20 mins per game more exposure and people don’t go to make tea in injury time …. Quite simple people …. It’s all about the money money …… wake up fools !
Gary, London (the greatest spice market in the world David !!)

Here’s my very own squad. I’ve gone for players from the 1998 world cup and older. Some of these players might be out of position and squad has a distinct lack of balance but it’d still be amazing to see these players together.

RB: Franco Baresi (1990)
I think Baresi was generally a centre back or sweeper but apparently he was versatile, so right back it is.

CB: Franz Beckenbauer (1974).
More of a sweeper too but…couldn’t exclude him. He’s the man.

Zinedine Zidane (1998)
Maybe my favourite ever player. So much class. Didn’t headbutt anyone in 98 either.

Garrincha (1962)
A flawed genius if ever there was one.

Romario (1994)
Five goals. Golden ball and world cup winner in 1994. He also got them there in the first place by scoring two against Uruguay. Nice celebration too.

Dear Jack, 28
Next time you write in, please don’t note your age. 365 is one place where I consume football as if I was still a young boy. It gives me memories of mailboxes where you were Jack 17, and I feel old as f**k

Maybe the oldies can recall this All Star Previous generation Mailbox XI, some still being active!

Does the old guard recall other frequent (and interesting) contributors!

Captain conundrum
So I sent this earlier, without realizing that I failed to sign it: Is there a rule against rotating your captains?

Do FIFA rules say your registered captains have to always wear the captain band? If not, why not simply rotate your captains? As a kid, my dad used to say “wherever I sit is the head of the table.” Shouldn’t that apply to national teams also? Does it matter who wears the captain’s band if we know who the real captain is?

Taking aim at Ally
To Phil (Do I need to get a life?) Liasides

I present Ally McCoist as a worse option.

Total dross.
Nick (it’s been a while) Kowal

South Korea and the BBC
Was watching BBC coverage of the Uruguay v/s South Korea match. Half time coverage included some interviews of Koreans living in New Malden and a lot of talk of the 2002 World Cup. There was even a sports journalist who talked about Korean “performance” in that World Cup with a straight face. Was wondering why BBC never felt the need to highlight the controversy surrounding that event during that piece when even FIFA admitted to “human error” in the Spain match. After all, the BBC loves to highlight such incidents as their journalists are doing right now in Qatar (I would say rightfully so if it came from an actual neutral news outlet and I also doubt if one exists).
Hariteja, India