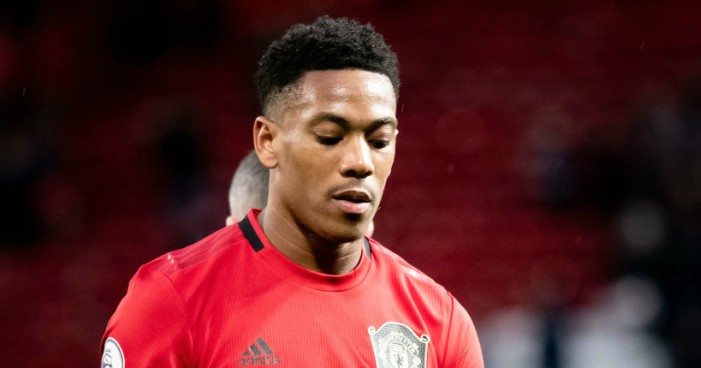 Thanks for your mails. You know what to do – read these and send more to theeditor@football365.com

De Bruyne > Sadio Mane
Well what an incredible individual performance from Kevin De Bruyne against Arsenal, two goals and an assist, all were typically impressive and what we come to expect from the Belgian, is there a player with a better left foot who isn’t even left footed?

I know Sadio Mane is the name on everyone’s lips right now for an early contender for PFA Player of the Season, however for me Kevin De Bruyne is right up there with him and if he breaks the most assists within a 38-game season record, then he deserves the award for sure.
Mikey, CFC (Yes, I do wish we hadn’t sold him, every single day)

Watford will beat Manchester United…
So who’d have guessed it, Utd drop points against a team from the bottom half after beating City and Spurs? You really have to question the attitude of some of the players who again, were not up for it against against a bottom-half team. The front four were particularly poor but Martial and Rashford were standouts. Martial proved once again why he can’t be trusted to lead the line. His movement was so poor and he was so easily marked. James broke down the right once in second half and put in a low cross, Martial hadn’t even reached the edge of the 18-yard box when the cross came in, just not bursting a gut to get in there. Need to cash in on him next summer.

Solskjaer again didn’t cover himself with glory with some of his changes. Should have taken off Martial of course, but brings on Greenwood and sticks him out on the right instead of through the middle and pushes James out left. The lad is already second highest scorer for Utd this season, put him down the middle. I fully expect Watford to beat them next week (F365 edit: they are as high as 18/5 with some betting sites on Zamsino for this outcome) as Nigel Pearson will have the well up for it and they will out battle them. Deeney will have a field day on Lindelof.
Ken, Cork, Ireland

Stop going on about Man United
Could you please stop doing pieces about Man Utd after every match?

You seem to want to put the boot into Ole and I don’t massively blame you but you end up flip flopping so much from week to week it’s frankly boring.

Just leave it a few weeks and see where they are, all the fan know the problems they have and you trotting our the same old rubbish without a single fresh take on it is so dull it’s making me stop reading the site

Let’s see where they are in two months and then likely throw crap at them.
Leon

Best move of the day
After spending over 60 minutes wondering why this player is on his team, James takes matters in his own hands by passing up a golden opportunity to hit the target by instead smacking the ball as hard as possible at Lingard’s face to try and get him off – classic!
The Big P, Vancouver

Dear Ade…
Shut up, you absolute melt.
The rest of Liverpool’s f365 reading fan base

…To the Liverpool fans accusing F365 of bias and the one who wrote that weird comparison between Brexit and a football manager signing a f**king contract extension; stop fuelling the fire through which other people call us unbearable. I find you lot a bit unbearable reading those weird warped views.

Nigel Pearson was the early winner yesterday. Everyone Liverpool fan I know watched the game with more anxiety than pretty much any other game this season. He did that with the team bottom of the league. Klopp won but there was nothing new to say about the fact that we keep grinding out wins so why would F365 write the same article they’ve already published this season? Pearson brought about a transformative change in a week on a team that has been beaten like they stole something all season long.

Let’s enjoy it but not lose our minds in December if that’s ok? Klopp signing a new deal won’t bring an end to racism in politics and F365 writing about how great Liverpool are won’t bring the league title home. If you want journalistic-ejaculation over the mighty Reds then there’s plenty of great Liverpool only websites, twitter etc out there.
Minty, LFC

…I really wish Liverpool fans (of which I am one) would stop looking for people who have a bias against the team and just focus on enjoying the ride we’re currently on. Do we really need to appear in the winners on 365 every week to validate the fact we’re bloody good? I mean, surely the league position, the wonderful goals, the constant victories, stoppage time winners and cup with giant ears in the trophy cabinet are all enough?

So what if f365 don’t want to have the same story on their weekly round up week in week out. I mean, it would get pretty boring for their readers if that was the case. We should enjoy the fact we’re currently making the top of the league so boring people are looking to talk about other things. After all, when people constantly talked about Liverpool winning the league in past seasons, it hasn’t really ended that well.
Sam(inho)

PS. I’ve seen so many ‘off‘ performances this season that it can’t be coincidental and bothers me not one bit. The team play what is in front of them. They do enough to win and raise their game only when needed. Clinical efficiency. I’m getting a bit concerned about the injuries, mind.

…Ade, you are the embarrassment and your paranoia and nonsense will only fuel the ABLs. I expect you will have quite a few mocking responses.

F365 do not have an anti-Liverpool narrative, they have frequently praised the team and Klopp this season.

Minty described it correctly. Did you not watch the game? Our defence was sloppy (even VvD ‘got away with one’). Salah’s excellent goals aside, it was only Watford’s woeful finishing and Alisson’s brilliance that got us the victory. Everyone was predicting another 5-0 so Pearson’s early winner is quite deserved.

And stop with the gloating. Obviously we are in a very strong position, but don’t say it is ‘done’ yet.
Mike Woolrich, LFC (Bobby F needs benching for a while)

‘But during the Chelsea-Bournemouth game, EPL VAR overturned a clearly wrong Bournemouth No Goal due to an incorrect offside flag. I don’t blame the assistant referee, it was a confusing situation but clearly on replay it was an objective goal.’

Utter and total balls. The assistant is to blame, the player in the offside position wasnt interfering with play and spotting that is what linesman is paid to do.

VAR (I hate it) is supposed to help the on-field officials, but it doesn’t. Watch a game of cricket, a batsmen can be run out 3 yeards out of his ground but the umpire still calls for hawkeye rather than making the call himself.

Same thing yesterday – it will make the officials more sloppy because they will always feel that VAR will correct it. That’s not football.
D

I think the ‘penalty area’ needs changed. You would still have an 18 yard box but if you are fouled and you are not going directly towards the goal you get an indirect free kick rather than a penalty. A good example of this was the penalty Leeds got at the weekend. The Leeds player has no intention of going towards goal. Just kicks the ball out of play knowing the keeper is coming out.

Now I’ll agree the keeper was silly in that situation but no way should teams be getting a free shot at goal in those circumstances.

Anyway I’m sure there are holes in my theory I haven’t thought of but it’s something that has bugged me for a while.
Sam, Newtownabbey

Pearson early winner?
Not Eddie Howe winning at the bridge? Or Norwich stopping Leicester (and Vardy’s run). Nigel Pearson???? Are you all ostriches? LOL
D

(As ever, people are confused by the word ‘early’, which is not a synonym for ‘bestest’ – Ed)