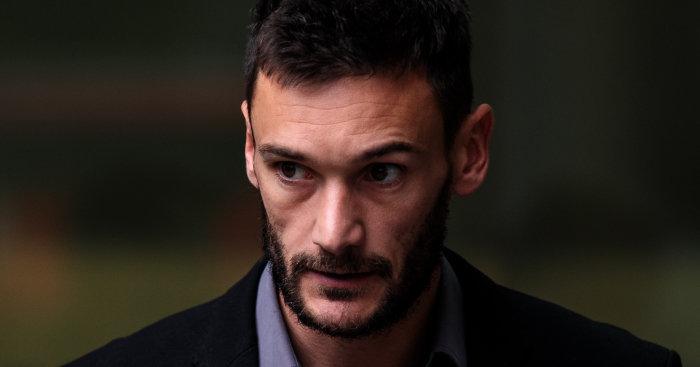 We made it. Keep sending your emails to theeditor@football365.com…

Make England a Premier League team
I saw a post suggesting that England could play as a team in the Premier League. On first look it seems dumb, but…

– Most of England’s players/prospective players are struggling for game time or are out on loan.

– They are all Premier League standard.

– Team England could loan these (25?) fringe players in from their clubs on standard terms – everyone from Foden and Sancho to Delph and Sturridge. No Kane, Sterling, Walker, etc as they wouldn’t be offered out.

– If they took the 18th space in the EPL they would have money.

– The players could be loaned in on the basis that they could be returned to their club if required by injuries, or inside the Jan transfer window.

– From the players’ perspective, they would be playing in the Premier League every week, as opposed to Mount at Derby, Sancho in Germany, or Foden on the bench. Therefore they would be in the “shop window” all the time strutting their stuff.

– From the club’s perspective, their next generation is being tested full time in the EPL. Want to know whether Foden has it? – 6 months with Team England will prove whether he is ready for the step up to play for Man City. In the meantime, the training set up is pretty good.

– There’s a need, a supply of players, money to pay for it, and the existing infrastructure in place.

– There would probably have to be some tweak to the rules – can’t be relegated, can’t play in Europe, but it’s an interesting thought.
Matthew (ITFC)

Detailing Mata’s shortcomings
Martin is guilty of a bit of a revisionist is his mail on Mata. There are attributes in Mata’s game that make him a wonderful player, specifically his first touch and passing. Once you get beyond that, he doesn’t offer much for the team.

He defensive work rate is poor and he’s easily bypassed. Watch him defensively for Manchester United and he’s the easiest player to play around on the pitch. I suspect this is the main reason Mourinho has never fancied him.

Also, he’s not a good fit for the Spanish national team, which likes a high press. Mata’s physical attributes hurt him in being able to press. He’s slow, doesn’t close down, and doesn’t want to get stuck in on a tackle. Furthermore, I’ve never been too impressed with his defensive positioning.

Also, note that Chelsea went on to win the league the following season. So hard to criticise Mourinho on his decision to sell.

That’s not a very good record when you’re playing in teams like Chelsea and Manchester United. While a nice person with great first touch, that means nothing if you can’t offer anything defensively (vice versa as well for players who are good defensively). I feel Mata is happy to put in a good performance on the ball, but doesn’t offer his team that winning, do anything that’s necessary, attitude that is required of a winning team.
Brian, DC

F365 guilty of anti-Spurs bias over Lloris
First, I should say I am a Spurs fan. I have noticed a lot of anti Spurs bias on the site in recent weeks. The kind of attacks on Dele Alli and Eric Dier in the Ladder are never pointed at other players.

The pro Liverpool bias is often embarrassing but nothing comes close to the character assassination of Hugo Lloris . Your near deification of Gazza and never a bad to word to say about George Best as role models yet a model professional has what is clearly an aberration and you go way over the top.

Daniel Storey’s article borders on the sanctimonious and I should like to ask what punishment would a member of the glorious F365 team for a similar offence. Yes I know you are not role models, far from it but that point is about thirty years out of date. I thought it had been put to bed by Tony Currie, Frank Worthington and Alan Hudson. Bryan Robson apparently led a drinking culture at Man U and I cannot say none of his acolytes drove under the influence they were just never caught.

To suggest Lloris’s his employers should step outside their disciplinary procedures is ridiculous. To widen the argument, should we allow our children to watch the Batman film that stars Heath Ledger since he died of an overdose and where do you stand on Johnny Depp and may other supposed role models from other industries.

(MC – That Heath Ledger argument might well be the most ridiculous we have ever read. So thanks for that at least.)

Ben Stokes did, rather than potentially, do serious injury to another man and what about Danny Cipriani? The list is endless. Rugby Union players are frequently sanctioned due to thuggery on the pitch but there are never calls for them to be further sanctioned under the law.

Stop the Shearer revisionism
Can we all stop with the nonsense that Shearer joined his hometown club at the expense of further honours?

He joined Newcastle precisely because he thought he would be the returning hero and the final piece in the jigsaw to take Newcastle to the league title.

Check Newcastle’s league position in 95-96 if in any doubt.
Andrew McDiarmid

Not having it
So Rashford is better than Ronaldo and Kane?

Anon still thinks we don’t *get* midfielders
Thanks Jamo for the lovely email in response. I completely agree with your point that midfield roles have evolved over the years. However, I’d like to point out, now, there are more than on roles in midfield so not all of them have to be alike, blessed with same attributes such as pace.

Also, as you, and some chaps in comments section mentioned, Dier and Henderson are average, I’d like to raise a question, who isn’t in your England squad? Even your golden boot winner didn’t quite convince all the fans. So why always midfield? Think about it.

My guess? Easier to pick as the stats in the middle of park are more obscure (or loosely defined) than at either ends. And don’t they love making lists based ib stats?
Anon (Still stand by my theory about Dan. Brilliant writer otherwise)

However, as a proud Christian, I really don’t appreciate how you use names for my God as slang or expletives. I commonly read ‘Jesus’, ‘Christ’ or other ways of referring to the Christian God, used in disrespectful ways.

Those names mean a lot to me, they are very significant in my life, and I don’t enjoy seeing them thrown around at all.

I’m teetering on switching to other sites that wouldn’t use those terms disrespectfully. I hope someone in the offices takes me seriously, although I expect it will take a lot more to bring about wholesale change.