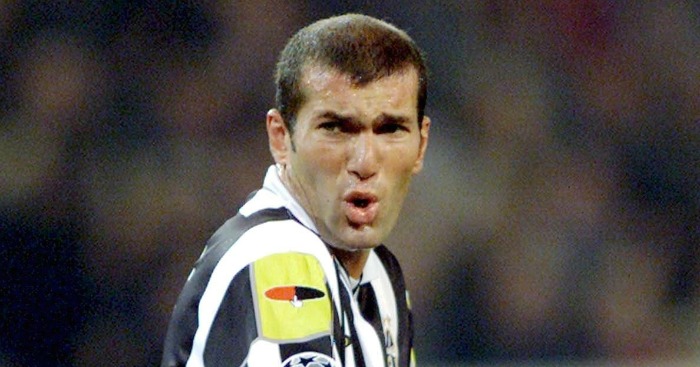 Not bad considering. Keep reading to the bottom because there’s an interesting question down there. Then mail  theeditor@football365.com

Can we take away the goals in ‘greatest player’ talk?
Some people would say we are incredibly lucky to live in a time where we have not one but two extraordinary players that seem to break records every week. There’s not much more that can be said about Ronaldo and Messi then there already has been.

The one thing that bores me though is the arguments about who is better. It’s a decent discussion point of course but some people get really precious with their chosen idol. I’d say just enjoy them both and not worry about point scoring against the others.

But my main point is, a lot of people (I’d say the majority of what I read/hear) will tell you that one or both of these players is the best player of all time. I’m not sure about that. Before you throw your stats at me let me explain.

For whatever reason, people are obsessed by stats these days. I can honestly say when I was a kid talking football, I never once mentioned pass completion rate or KM covered. But that (sadly) is normal today. These two players have absolutely smashed goalscoring records so yes they are the two of (if not the) best goal scorers of all time. But what about the rest? If they only scored, say, 20 goals a season each would they still be talked up as the best to have every played? Do they, almost single handily, control a match for 90 minutes?

Zinedine Zidane would not have had the best goal scoring or assist stats of all time, but anyone that saw him play knew that he consistently controlled matches and could set the tempo for an entire team himself.

“But how much did he win?” I hear you scream at your computer screen. And you’re right to ask. He didn’t win as many trophies as Cristiano Ronaldo or Messi. But I would counter that point by saying John O’Shea has more Champions League winners medals than Gabriel Batistuta and more Premier League winners medals than Thierry Henry. The amount of trophies a player wins is of course impressive but that it can, in some cases, also be a misleading stat of their ability. Likewise, the lack of silverware doesn’t mean a player wasn’t a great (the original Ronaldo never won a Champions League).

The subject of “best player of all time” will always be subjective. Where I think it’s Zidane, others might think it’s Ronaldinho, original Ronaldo or Johann Cruyff. I would be interested to hear how people would rate C.Ronaldo and Messi among the best of all time if they averaged 20 goals a season?
Dave (Arsenal) Herts

Still no answer on Ronaldo v Messi
Just a short response to Khalid, if I may.

As a United fan with a similarly United-supporting family we have this debate a lot. For the longest time I was firmly in the Ronaldo camp and accepted this may be partly down to bias. I’ve fairly recently shifted to the other side but can’t really discern exactly why.

Your point about doing it at multiple clubs is interesting though. It’s a common argument I’ve heard along with things like “Ronaldo would have scored more than Messi in that Barcelona team”. The problem with this argument is that it ignores the fact that without Messi that Barcelona team wouldn’t have been as dominant. It was built around him and he elevated it (not to diminish the contribution of some other wonderful players). Have Real built a team around Ronaldo?

In the end, it’s probably too close to call. Ronaldo’s ability to adapt his game as he gets older is impressive, but Messi occupies both the key goalscorer and chance creator roles simultaneously and I’ve never seen a player do both at that level.
Dave, MUFC, Manchester

It was just out of Mr Navas’ reach, and at three inches taller you’d and with just a bit more spring it’s quite possible David would have got to it. Would it have changed the complexion of the game that much? I’m not sure. Juventus didn’t seem as galvanised as they should have been after they got back on track and Real Madrid were superb and bossed the game, especially in the second half. He’s still a long-term target of theirs and he wants to play for them. If there are indeed any areas of that squad that can still be improved, the goalie might just be were Madrid will start.

And Mourinho really needs to consider whether Sergio Romero is No.1 material…

Luck v planning v genius
When Olivier Giroud scored that scorpion goal against Crystal Palace he said ‘I was a bit lucky. But it was the only thing I could do.’ Is that modesty? Or is that genius?

Some opposites. When I was a teenager I tried to invent a turn called the Reverse Cruyff. It was useless because you had to try and get the ball on the outside of your (normally) weaker foot and then drag the ball with the toe of your stronger foot so you were facing the way you were already facing. At any point in the process you were likely to get tackled. By ‘likely’ I mean ‘certain’. But I tried it at least once in every game for about a year until I stopped getting picked.

I also invented a dummy which I named after myself and which consisted of leaving the ball behind and embarking on a mazy run and slamming the mime-ball into the top corner. The trick here was, I thought, to a) really believe b) be creative, throw in a few tricks, in order to take the defender(s) on a journey with you and c) make sure at least one team-mate knows this is about to happen. Again, like the Reverse Cruyff, this never worked. Like the Reverse Cruyff (and unlike Giroud’s goal) it was not the only thing I could do, and nor did it ever turn out to be ‘lucky’.

The closest I’ve come to Giroud’s sublime state of spontaneity and physical improvisation was when I blocked an opposition throw-in with my gut and got so badly winded the game had to be stopped while I recovered.

I suppose the point here is that I am not the world-class upgrade up front that Arsenal fans have been demanding. But it also seems to me that genius lies in a strange place between conscious action and unconscious reaction. Perhaps my problem was overthinking – at least as much as my chronic lack of fitness, and talent, and motivation.

Anyway. It’s a shame the tricks never caught on. Not even a bit.

How can World Cup still be in Qatar?
The news that several Gulf States, including Saudi Arabia, have cut ties with Qatar due to suspected funding of terrorists ought to have put the cat among the pigeons at FIFA HQ re the Qatar World Cup. One wonders how many other important moves would have to be made for FIFA to back track on their , frankly appalling decision to award the World Cup to Qatar.

I don´t hold out much hope for FIFA to go back on such a huge decision but if they did, surely the UK and The USA could organise a filling in role at short notice, at least we could expect a plan B to start being discussed in private.

In other thoughts, it´d be great to see our under 21 players perform to a high standard this month. I will be trying to track down ways of watching them and looking with interest at Aidy Bothroyd´s style of tournament management.

In the meantime, Scotland vs England at Hampden Park. I bet the atmosphere will be good even if Scotland are pretty pants.

To finish, the one transfer I´d love more than any to see happen is Lacazette to Liverpool.
Peter (who won goal of the season?) Andalucia

…So now we come to know that the Qataris have been blockaded even by their own League of oil producers (and absurd spenders). Just like one fictional super villian, they are currently ‘excommunicated’ as they were found to be too extreme and uncontrollable by their very own. Spending absurd amounts on picking up football clubs around the world and shitting in gold toilets is one thing, but to be accused of financing/supporting what is currently the the biggest threat to human life and world peace is something completely else.

And to think of it, the World Cup is still scheduled to take place there. What a complete and utter disaster FIFA has managed to engineer.

What bewilders me more is that nobody seems to be doing something or talking about this anymore?
Rahber, India

Poo-jet
Tom (Galway)’s mail about the pronunciation (or otherwise) of names in football reminded me of the time my jaw dropped listening to the World Football Phone In on 5live.

Apparently, according to Tim Vickers, Gus Poyet’s surname pronunciation has been butchered by all on these shores since he arrived as a player. Apparently Gus got fed up correcting everyone and just went with it but the Uruguayan pronunciation of Poyet is poo-jet (with a soft J).

How did you discover Football365?
A quick one for a football-less midweek mailbox.

How did we all end up discovering Football365? For me, (Clive) I clicked on a link via the excellent Arseblog to a Mediawatch article about an Arsenal transfer or something or other. It was a few years back and had a section about (I think) Aston Villa players and their ‘banter’ which had me cracked up. I read every Mediawatch available that day and continue to check the site multiple times a day for new articles. I expect there are some real long termers lurking about.
Jack no brackets