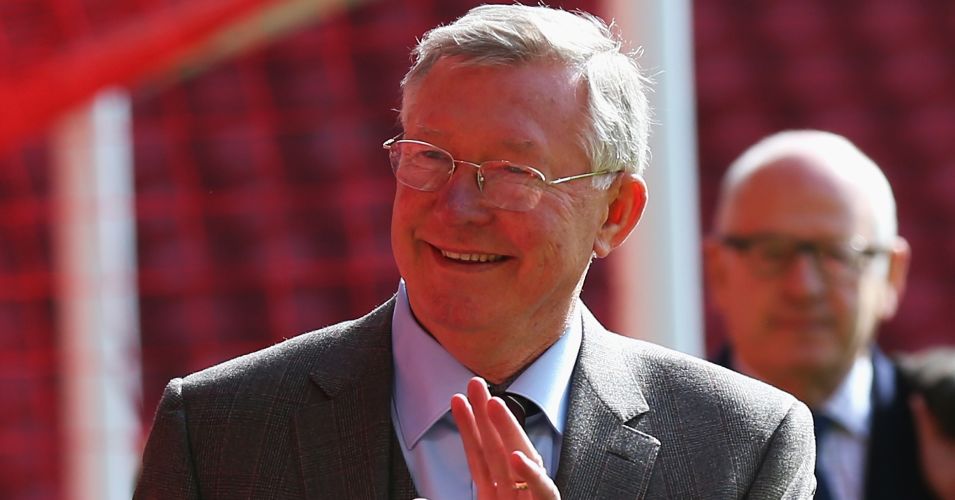 Keep your emails coming to theeditor@football365.com…

Messages of support for Alex Ferguson
At first I hated you, then I respected you.

…Sir Alex Ferguson is in hospital recovering from an operation on a Brain Haemorrhage.

Nothing else really matters.

Just very excited about football
I’ve been a Liverpool fan since the mid-80s and it’s been an interesting journey. I remember the Everton cup finals, the horrors of Wimbledon and Arsenal and the later joys.

Tomorrow we go up against an old enemy and in a few weeks play for the big one. Whatever happens, supporting this topsy-turvy side that can beat and lose to anyone has been a hell of a ride…and I wouldn’t have it any other way.
Aidan, Lfc (no point to this email really, just love football)

Not having Mourinho’s argument
Why is everyone clamouring to justify Jose’s constant use of Lukaku after of one bad performance when he didn’t play? Good and all as Romelu has been this year, he has played nearly every minute of every game and United have been utter pants in any number of those games. Are we now suddenly to believe that Lukaku was completely blameless in all of those games?

A bit of perspective would be nice, lads…
Adrian McHugh

All hail Darren Moore
Watching MOTD for the 4th time since last night. Darren Moore (Big Dave) has reduced me to tears.

He was a key player in the side that returned us to the top flight for the first time in 20 years. What he has achieved as a manager regardless of what will probably still be relegation is unreal.

He is the nicest man in football. He doesn’t swear and he is dignified.
Ben The Baggie

Who leaves West Brom and Stoke?
So Stoke are confirmed as relegated, with West Brom likely joining them. Who sticks by their club and who takes the opportunity for a fresh start (and far more money?)

Stoke
Shaqiri and Butland are the big movers. Shaqiri in all honesty is probably relieved to have relegation and leave Stoke behind him. He won’t be going back to the level of club he was at before Stoke, but he should easily get Europa League level. Arnautovic is an example of what mercurial wingers can achieve at a different club. Butland is likely to be this years Pickford, going for £30m ish. West Ham? He’d be a better choice than Hart.

Other middling players likely to get a move are Allen (Wolves) and Martins-Indi. Choupo-Moting likely goes back to Germany.

West Brom
Evans is out for £3m. He’ll be lucky to get Arsenal, more likely to end up at Everton or West Ham, or even Burnley as a replacement for Tarkowski if they can afford him.

It gets quite dire quickly after that: Krychowiak goes back to PSG then gets sold to Europa League Spanish team and maybe Matt Phillips gets another crack at a relegation battle. I’d like to see Rondón stay, mainly because he’ll whack 30 odd goals in the Championship if he sorts his finishing out, and I fully expect to see Hegazi named in the team of the year 2019.

Best of the rest: we’ll it depends who goes down doesn’t it? Southampton seem to have finally dried up, though Ward-Prowse would have his choice of clubs if he decided to go. Huddersfield would fear for the CBs and maybe Mooy, though I imagine he’d stay. Swansea have the Ayews, who may have had enough of the Prem, could see them near the top of the French league table, whilst Mawson makes the move into the top half, Arsenal, Leicester and Everton would all be good moves.
KC (Liverpool will sign Soares, JWP, Tadic and Gabbiadini)

Bye bye bye, Delilah
This may be the worst season to be an Arsenal fan for a long time, but at least we have the silver lining lining of Stoke being relegated.

This is something that should be celebrated by footballs fans all over the land. The team with the worst fans in the country will no longer be blighting the Premier League. The fans that booed Aaron Ramsey for having the temerity to get his leg snapped in half. The fans that sing songs about him having a limp.

You could say it’s Karma but really, it’s just a sh*t team getting relegated. Hopefully they will stay away for a long time.
Adonis Stevenson, AFC

On Gerrard and Rangers
You know, if the press up here in Jockland, down south down there DO NOT treat this as Gerrard’s one and only chance to become a manager and base any potential future success or failure on this his first job as manager and instead both they and Rangers treat this as an experiment, then, yeah, this could be something.

Why? We all know Scottish football is a bit pants (something F365 never fails to snootily remind its English readership of) and many of us up here kind of accept that, hoping instead to use the league as something of a development stage for potentially good, young Scottish talent (no laughing at the back there.

We have more talent than you would think. Just, crap, gutless national team managers and a SFA with their heads up their unmentionables). Add to that the fact that Rangers have very little money and it is very conceivable that Gerrard could, with a few well placed phone calls to any English Premier League club, get some cream of young talent up here to play in his Rangers team (remember Zelalem for Rangers?)

Now, this would be dependant on both Rangers as a club and a fanbase accepting that this is a long term project (say, something like a four year contract project). That, whether Bodgers stays or not, Rangers will still spend the majority of the next four years playing catch up (you may have not noticed, but it is not just Celtic ahead of them in terms of stability. Hibernian and Aberdeen come into that also). In other words, this will only have a chance to work if patience is abound all throughout and the moon is not demanded within the first five minutes of Gerrard’s first game in charge.

Of course, the chances of the above are slim. When it comes to the Old Firm teams and their fans, you are only as worthy as you previous sixty seconds. Drop below whatever standards are placed and you are done. Cursed. Booed. Vilified. Etc.

The big Stoke question
With Stoke gone, it’s now going to be necessary to come up with a new measure when attempting to qualify the latest world class wannabe from abroad.

Yes, but can he do it on a wet Wednesday in Brighton doesn’t have the same ring.
Richard, Manchester