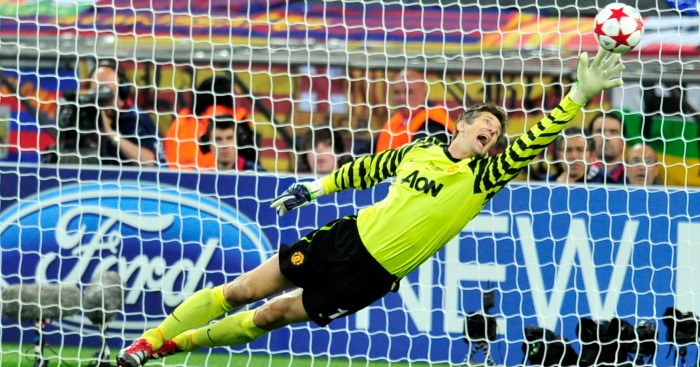 Come on, we nearly made it. This is the final push to the summit and then it’s all downhill. Send your thoughts to theeditor@football365.com

Some excellent goalkeeping myth-busting
As a practicing member of the goalkeepers union, I have to come to the defence of Joe Hart and all the other netminders consistently left with stinging palms by the predominately outfield biased PFM media. I’d like to address some frequently-employed illegitimate characterizations of goalkeepers from PFMs who clearly no idea what it’s like to man the sticks:

1. “He should’ve caught it.”
Professional strikers can rocket a ball towards goal upwards of 70 mph with vicious spin (or even worse, no spin). Bodies are swirling around in front of you. The wind blows. The pitch might have substantial topographical imperfections and be subject to less than ideal moisture conditions. The time that a goalkeeper has to decide to catch or parry is miniscule. A punch is often sufficient, and rarely does a punch result directly in a goal against. Defenders are often simply too slow to react.

2. “He should’ve got it out of play / parried it wide.”
#1 item on the goalkeeper’s job description is to prevent shots from reaching their intended target. We all want to get the ball to safety, but when a shot is hurtling towards glory the brain only has time to say “see ball, stop ball”. Yes it is possible to direct saves to a particular destination, but there often isn’t time to do anything but get your body in front of it and hope for the best.

3. “He probably wishes he’d have done better there.”
Maybe so, but outfield players have absolutely no frame of reference to make such a determination. Just assume any shot to the left or right of the goalkeeper or which pinballs through several players on the way to goal is a difficult save.

4. “Fantastic save! (When the ball is hit directly at the goalkeeper)”
Have to be honest here – it takes no talent, merely a willingness to tolerate pain, to take a ball to the face at point blank range. Not every save is great. We’d rather get credit for the real value we add to the team.

5. “Any goalkeeper worth his salt should make that save.”
When credit is due, GIVE CREDIT. Joe Hart made a fantastic save the other night. Live with it.

6. “He’s not commanding his area.”
The toughest thing to do as a goalkeeper is to wade through oceans of elbowy strikers to claim a ball in the air. Also, trendy as it may be, many goals have been lost due to goalkeepers rushing too far out of their area or trying to play around with their feet (Hart, Neuer, Buffon, Ter Stegen, etc.) while the goal is left vulnerable. I think goalkeepers just got sick of defenders who’ve been horribly beaten 30 yards from goal turning around and screaming KEEEEEPPERRRRRR that we started try to take matters into our own hands and suddenly that became the rule. There is a Pep Guardiola element of “You’re different, but we will force you to be more like us!” going around too. Yes, a goalkeeper should be confident, communicative and technically sound but not foolish or otherwise unaware of his role.

7. “Here’s what the goalkeeper should do in the penalty shootout…”
This is the most hilarious and irritating way an outfield player can try to intrude on the life of a goalkeeper. In my experience, strikers aren’t the brightest lot. They try lots of different clever things to fool the keeper, but they forget that while they only know how they take their own penalties, I’ve seen how dozens of players have taken them. I know the tricks. The more you try to trick me, the more I know what you’re doing, and the less likely it is that you will score. Using this logic, I save about 2 out of every 3 penalties. I will say this only once – unless you are absolutely sure you can hit the top corner or you can execute a perfect panenka, the best way to score a penalty is to look straight ahead, take a normal angle (not too straight, not too wide), aim for the goal and put a right massive boot through it. If you don’t know where it’s going, neither do I.

8. “That’s a lot of money to pay for a goalkeeper.”
I still cannot fathom goalkeeper transfer fees. Why is a bench-laden right midfielder playing in the reserves worth 10x more than the starting goalkeeper?

Luckily in the US we have many ex-premier league-goalkeeper pundits – Kasey Keller, Brad Friedel, and Shaka Hislop – who are able to offer a measure of compassion for the lonely one in the bright kit. I feel this level of understanding is often missing from UK telecasts.
John, Los Angeles

Cantona: A mystery solved
Ah the seagulls quote. While it baffled journos me and my mates from school worked it out years ago.

It follows thus: When the seagulls (journalists) follow the trawler (case involving Cantona kung fu kicking a fan), it is because they think the sardines (Cantona) will be thrown into the sea (wolves – so punished by the FA/United etc which he was).

As an aside, Cantona remains the only United player I liked while he actually still played for them – he had a style and a panache that you just don’t see anymore.

Bergkamp references in his book how young footballers are more machines these days and have their personalities trained out of them. It’s a good point – Batigol, Maradonna, Baggio, Bergkamp, Vieira, Cantona – all great players with great personalities – compare with Cesc – who seems as interesting as an episode of Citizen Khan.
Graham Simons, Gooner, Norf London

Down with half-and-half scarves
Don’t agree at all.

You can go shove your half and half where the sun don’t shine.

Wasn’t going to bite but you had to use THAT photo didn’t you!

How about buying a Liverpool scarf and then framing the thing with a photo of you and your child and a little message saying ‘we smashed the Mancs at your first game at Anfield’
H, (bet Stephen Chicken drinks bitter shandies too)

On England’s formation and lack of danger
Two things from today’s excellent mailboxes;

– It is absolutely an issue that England played so deep. It’s been mentioned of both Man City and Liverpool’s new respective managers that one of the main reasons they’ve prompted such improvement is through convincing their attacking players to actually get in the box. Is it any wonder players like Lallana, Sterling and Firmino are getting more goals? It’s because their managers have convinced them quite simply to be hungry and brave going forward and get near the goal. It might seem simple… stand near the goal… but actually it’s something that takes a hell of a lot of positivity and confidence to do.

England players passed backwards and were so deep because that’s where they get all the space and comfort, it’s easy there. The difference between pretty average teams and the strongest is the ability to be brave and bold enough to do their work close to the opposition goal where they don’t have that comfort and the attention from the opposition defence is far more intense.

– I sense some irony in the suggestion that England should play 4-4-2, but there’s actually a bit of sense there. A large portion of international sides are incredibly one dimensional and have a severe inability to adapt.

A game vs. Slovenia/Malta/Slovakia packing a defence is so different to a game vs. France/Germany/Italy/Spain it’s practically a different sport, so why do we persist with the same formations and the same names when we play these guys? I’m always amazed why we’re playing 4-2-3-1 against Malta/San Marino et al? Surely you don’t need 4 at the back? Why not have two strikers pressing very high? Leave 3 at the back to deal with a 35 year old former Coventry substitute? And then when Spain and France come along, why aren’t we packing the defence and leaving Vardy/Rashford up front?

Let’s play some of the best counter attacking players in Europe when we know we’re only going to have 35% possession. A manager’s job is to extract maximum output from the players available to him. To play Theo Walcott and Jesse Lingard wide behind one striker against a Malta team that we knew would sit XI players behind the ball is utterly incompetent, unintelligent management, but symptomatic of what the vast majority of (English?) football management would do.
Dan, Greenwich

The real quiz
I see that according to the BBC sport website, England have finally lost an unenviable record as Christian Benteke has now scored the fastest ever World Cup qualifying goal after 8.1 seconds for Belgium against Gibraltar.

I can still vividly remember all of the ghastly 8.3 seconds it took for San Marino’s Davide Gualtieri to score against England in 1993.
Tim Royall (GFC)

It’s nearly back!
You know it’s a drab international break when the main topic of discussion is whether joe hart made a slow save in a 0-0 draw away to Slovenia….

And therefore so too are the Arsene Wenger mails
Sometimes when I get to London Charing Cross substantially before my train is due to leave, I witness the smooth flow of people from each platform. With turnarounds of no more than 10 minutes trains depart almost full. It is when there are problems (even for 5 minutes) that I appreciate the intricacy of the rail network.

This is how i feel about Arsene Wenger (not Arsenal). He has done such a magnificent job keeping Arsenal in touching distance of the pack that people don’t appreciate what he has actually achieved.
It is widely perceived that Jose Mourinho is one of the game’s best managers, but even he fell from grace rather swiftly after winning the league with Chelsea. If Arsene had faltered in this way during our lean period, the stability of the club may look a lot different to what it is today.
People will snipe that he hasn’t won the league for a decade, but that is the reason why i would like him to extend his contract by another 3 years. Chelsea hadn’t won the league for almost half a century. Man City hadn’t won since the 60s. I think, as an Arsenal fan I have been very fortunate and can owe that gratitude to one man.
Jovan

Poetry
Lingard and Walcott
Like ready and salted.
They offer nothing.
Sean, Coventry