If Man Utd have whittled their attacking options down to two, it's simple. Plus are Newcastle big again now? 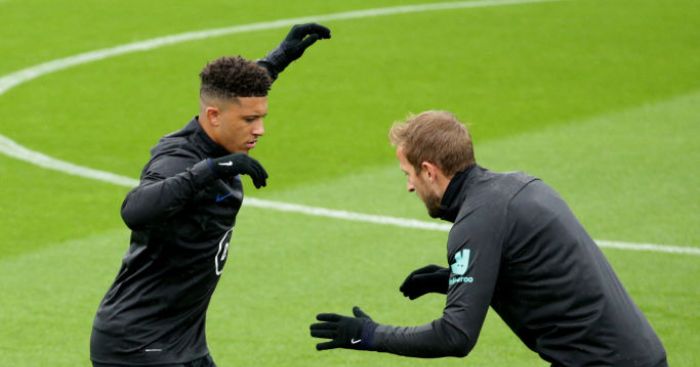 Send your thoughts on Man Utd and their transfer plans to theeditor@football365.com

Would you rather?
Reading about the discussion on which forward Man Utd should sign (Kane or Sancho), I thought the choice was very clear – Jadon Sancho. Kane is an outstanding player so why Sancho?

First comes the price tag with Kane potentially costing twice as much as Sancho.

Then comes overall talent and contribution to the club’s performance. That Kane is a clinical finisher is not in question but Sancho will bring more than clinical finishing – moving the ball, distabilising and dismantling even the strongest defence, creating chances for Martial and Rashford as well as scoring goals.

To me there is no debate. Besides, the savings from signing Sancho instead of Kane can be spent on Koulibaly or a central midfielder.

What makes a big club?
As I take finger to keyboard there is something rumbling more than Mickey Quinn’s stomach at lunchtime.

It is of course the Newcastle takeover and the ridding of a terrible owner. This has been a longtime coming and if (and it is a big if) it happens will rejuvenate a whole city.

But it has made me think of the age old question, what makes a big club?

Is it just money? Is it trophies in the cabinet? Is it a huge fan base? Is it world class players choosing your club over another?

We went from a big club to a sleeping giant in a gradual decline. Bringing back the glory will have made this unprecedented time a little more palatable. If someone wants to throw Gina Carano’s phone number and the winning lottery numbers in that’d also be just fine.
Rob G (Hoping a sleeping giant is coming of the Nytol)

Hong Kong Souey
Erm.. Would someone like to point out to Andy (MUFC) that it was the SS presenter that mentioned medals first, not Souness. It’s also worth noting that medals won as a senior professional footballer are not just limited to leagues and major cups. Some may not hold the appeal of others but they all count. That said Pogba still has plenty of time to overtake Souness in that space..

I do agree that the world cup winner’s medal is probably the pinnacle of footballing medals, however three European Cup winners medals is nothing to turn your nose up at either..
Dazza, LFC, Dublin

I had to write in regarding this silly debate that sky sports created between souness and pogba.

Pogba has been genuinely pathetic for two years at Man Utd and despite what every Man Utd fan will want to say, it’s true. He is the epitome of generation X footballers, ( players who couldn’t give a s*** about the club they play for, only want more money and a new haircut )  the leader for this amazing bunch, with his followers like lingard.

So much talent, completely wasted.

A World Cup winning medal is amazing, but where you are born will assist / make you struggle to get that. Look at Giggs, cruyff, best, dalglish, bale Eusebio, puskas, they were amazing but didn’t stand a chance because of where they were born and who they played with….If you are going to count medals let’s concentrate on competitions that a player from any country can excel.

Souness won three european cups with arguably the worst hair cut of all time. When and if Pogba reaches that come back to me.

I guess in there arguments it comes down to club rivalries, but whereas souness is a Liverpool legend, pogba is a Man Utd leg-end.

PS put souness into 1984 England team and I’ll bet they qualify for euro 84. He was a genuine force of nature that year. The best player in european football.
Ade ( bring football back please with masks if necessary) Guildford

Bobby trap
In response to the email about whether Sir Bobby being sacked by Newcastle was the worst managerial sacking ever (as a NUFC supporter it was a complete disgrace!) – I think I can safely say it wasn’t even Sir Bobby’s worst experience with the axe.

Let’s not forget that prior to that he was coaching Barcelona in ‘96/‘97.  That year he was fired after they won the Copa del Ray, the Supercopa de Espana and the European Cup Winners Cup. And Robson himself was recognized as European Manager of the Year.

True, his replacement, van Gaal, delivered two La Liga titles – but this was with the team Robson built – and who’s to say he wouldn’t have achieved more if kept in situ?

Finally, also recall he was effectively sacked by England (technically contract not renewed) after missing out on a World Cup Final appearance only by dint of German penalties!

Has any other manager suffered numerous indignities after delivering relative successes??

Looking for Eric
A good Movie/TV stars XI from Mikey, CFC, but why is there no mention of the 1981 classic, Escape to Victory, starring Pele and Sir Bobby Moore?

Also, Eric Cantona needs to be included, especially for the fantastic Looking for Eric.
Danny

Is Mikey and his Odd XI’s (good work by the way) out to wind me up. Have we met somewhere and I pissed him off ?

Last week Mikey left out Mile Jedinak in his bearded XI, but this week surpassed that by a million times.

How can there be no Eric Cantona in the movie XI?. He even had a film named after him, which he appeared in
Ged Biglin

Just one criticism of Mikey, CFC’s movie star team…surely the original and greatest footballer turned movie star of all time –  Eric Cantona – needs to be in it?
Andy (MUFC)

Keeping up with the Joneses
Welcome to the Jones household………….

Premier League to MLS XI
With football content getting slim, here is my All Premier League to MLS team. The rules are the player has to have played in the Premier League before moving to the MLS for the first time. That rules out all the American players that could conceivably make the squad (e.g., Dempsey, Howard, Friedel, Bocanegra, Beasley) and several legends who never played in the EPL (e.g., Pirlo, David Villa). The team has one heck of a front 6, and quite possibly the best assembled first 11 to ever feature such a subpar CB pairing.