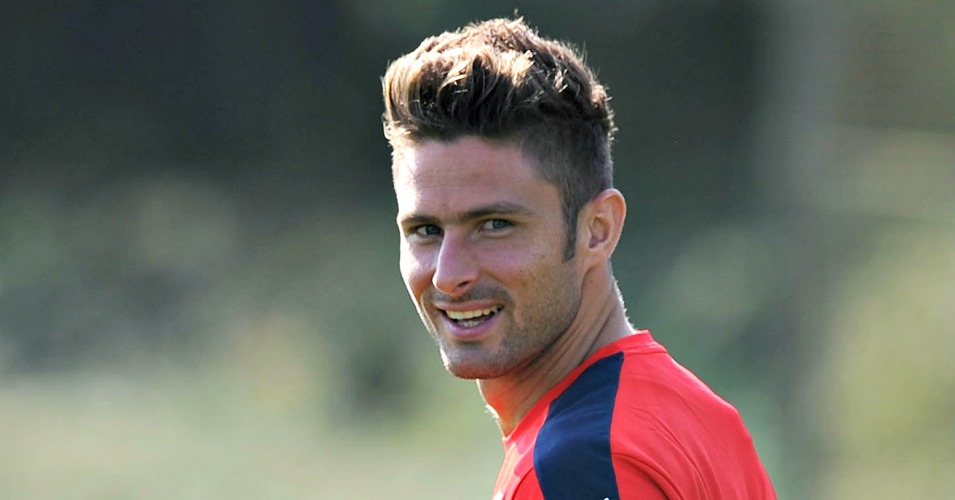 If you have anything to add on any subject, you know what to do – mail theeditor@football365.com

Giroud England’s most clinical?
The much maligned Giroud has now scored 8 goals this season for Arsenal which in itself is good but all the more impressive when you consider he has played only 413minutes (which equates to 4.6 games). This means on average Giroud scores a goal every 52 minutes which is unbelievably clinical.

To put this in perspective Aguero is averaging a goal every 92 minutes, Vardy 1 every 89 minutes and Costa 1 every 857 minutes.

Am I saying Giroud is the best striker in the premier league? No. However Giroud reminds me of Andrew Cole, he needs several chances to score however he seems to have a knack of always getting lots of chances in a game. Maybe playing fewer minutes has sharpened his mind meaning he is more clinical. Either way if Arsenals fail this season it will most likely not be down to a lack of goals from the forward players where Giroud, Walcott and Sanchez have already contributed 21 goals and we are barely through a quarter of the season.
Paul, London

Klopp, Coutinho and lemonade
I thought Liverpool played quite well yesterday. It was nice to see Liverpool pushing for a goal and not looking like they could give one up at any minute.

Coutinho was very wasteful last night. There has been a lot of ire from Liverpool fans about Coutinho being left out of the last two Brazil squads, but you can’t waste chance after chance and expect to be called into the Seleção. Klopp’s biggest challenge this season will be turning Coutinho into a consistent performer.

I desperately hope that Liverpool give Klopp something to spend in January, even if it’s one player. Liverpool NEED a dead ball specialist. The corners have been atrocious. How many didn’t get past the first man yesterday? Three maybe four. Liverpool also has no one to take a direct kick. It’s shame really if you think of all the money spent.

Liverpool played a much more controlled game than against Spurs last night. The return of fitness of quality players like Firmino and Benteke will be a huge boost going into Sunday.

As I wrote earlier this season I shed no tears for Europa league. In my eye’s Liverpool got 90 more minutes of practice together ahead of the only competition that matters this season, the league.
Brian (How refreshing was the honesty of Klopp’s post match interview! Like lemonade on a hot day) LFC

Every other manager wants Rooney
There’s a phrase about opinions, and it’s never been more true than of Rooney. He’s an easy target.

Yesterday, Scholes’ defence of Rooney constituted “borderline negligence from the mainstream media” while the assertions that Rooney is in a long term rut are following that approach that something oft repeated eventually becomes fact. Today Mediawatch is discounting clear facts, because they’re presented in an otherwise shady piece.

Let’s first set aside his record – it’s clear, it’s factual and it’s massively in his favour, but it’s the present that is in question; his past is undeniable to all but the most ardent Rooney-denier.

Rooney has lost at least a yard of pace. He’s quite possibly lost some of his killer instinct (thanks to his extended midfield duties). He’s older and therefore less likely to try the incredible as it’s been drilled out of him by Sir Alex, who was never the greatest fan of low percentage flair (see Andrew Cole before United for example). Sometimes (especially when coming back from injury) he can have a bad touch.

However, for some reason that seems to be overlooked by his decriers, most opponents know well enough not to give him space. He’s nearly always under pressure, and has to come deeper to get space on the ball. There’s a reason for that. And, you know what, it’s not because he’s overrated or hindering United. On the weekend he scored a good goal and the comments dried up. But literally one game later when he doesn’t (but still tests the keeper) the wagon is dragged out again.

It’s tiresome, so please stop it. Rooney is still a good player, still dangerous (albeit less than he was 10 years ago), and just about every other team’s managers would have him. Maybe they and Scholes know something you don’t?
Guy S

Like Howard D in this morning’s Mailbox, I’m a bit miffed at the comparison drawn between Harry Kane and Marcus Stewart. Scratch that, it’s not the comparison per se – outside of the context of the national team, I couldn’t give a monkeys about Kane – it’s the fact that time and time again, Marcus Stewart is used as some sort of stock phrase for “flukey one-season wonder”.

Maybe he was, in the Premier-whatever. But – and I KNOW I’m not alone here – Marcus Stewart was quite simply the greatest striker to pull on the blue-and-white-stripes in my lifetime. For anyone with even a passing interest in Huddersfield (‘eyup Winty!), that puts him ahead of academy product Jon Stead, goal-machine Jordan Rhodes and even club legend Andy Booth. Lofty praise indeed, eh?. (Stop sniggering, Spurs fans.)

Can’t you pick on Michael Ricketts instead?

Cry baby Costa
Diego Costa – “Many times players have done stuff to me, like kick me. But I am not a cry baby.”

Hmm, so what exactly was he doing when Gabriel lightly brushed his foot on Costa’s shinpad? Or every time he has fallen over with a defender near him?

Look, Diego, we get it, you employ the dark arts and you do it very well, but please don’t pretend that you are not a moaner because you are pretty much one of the biggest ones out there.
Adonis Stevenson, AFC

Greaves or Rasiak
A quick word on Kane, and I think this represents the general consensus of most Spurs fans.

Harry Kane currently looks like a very good striker very out of form, not a bang-average striker playing bang-averagely. But one season is far too small a sample size to make any definitive conclusions about his ability as a PL striker (particularly to take two months this season as more indicative of the ten months prior).

So let’s all just leave the lad to get on with finding his feet again, and not spend so much time trying to figure out whether he’s the best striker since Jimmy Greaves, or the worst since Grzegorz Raziak.
Alex G, THFC

Goal King Cole
There’s always been an argument that those who tear it up in the Scottish Prem couldn’t replicate it in the English top flight, and these days it’s usually pretty spot on. Generally anyone who travels south of the border are no better than above average at best. In fact most that come down usually end up playing for a team who flirt with relegation and many now find themselves in the Championship. I really can’t think of a single success story in the last 10 years. However, it’s not often we get the opportunity to see if a player who has been dogsh*te over the last few years move the other way, until now! Step forward Celtic’s brand new signing, 32yr old Carlton Cole. He of 85 career goals in 336 appearances, 9 in his last 56, proud owner of a premier league winners medal. And so begins – Carlton Watch. How sh*te is the Scottish league? How many goals can he score for Celtic this season? Or is he still just dogsh*te? Watch this space.
Elvis (He’s no Samaras) MUFC, Liverpool

Surely they can find at least one Irish player? Even if it is Stan Staunton?!

The rest of the world team looks a bit special though.
Av, London, Spurs

Britain’s got no talent
It’s good to see ‘Arry trot out the old British manager line once more. It isn’t quite reflected in reality though. I’t’s been a slow day in the office so according to Wikipedia….

Up to today there have been 323 different managers in the Premier League and 256 of them have been British. That’s 79% ‘Arry. They’re not all bit parts either, the 10 mangers with the most PL games are:

Y’see, it’s not that they don’t get the chance, it’s more that the same old faces keep getting the gig even though they’re patently no good. It’s really getting quite tiresome now. He’s like the 70s sitcom that was hilarious at the time, but now you look back on it was really quite nasty.
Lee (the best should get the job, not because of their nationality) LFC

Provan track record
Nice to see the Footy People on TV feature wind its way to Davie Provan. I’ve long been disheartened by the overwhelming presence of the PFM which permeates mainstream coverage of the game; Davie’s increasingly frequent presence is always a welcome antidote to the default knee-slapping circle jerk.

The atypical gravitas and respectful tone in Johnny Nic’s write-up was a perfect demonstration of the regard in which this guy should really be held. It’s hard to pick a point to lampoon from his media persona – everything is measured, honest and to the point. He often strikes me as a lower profile, Scotch version of Gary Neville, and who wouldn’t welcome more Nevillers into the sea of Jamies, Yorkies and Maccas robbing a living in punditry?
Keith Reilly, MUFC, Dublin

I know it gets repeated often, but Footy people on TV really is the bestest. You need to release a book or something. You do a better job than biographers would.

Waiting to see what concoction Reidy has mashed together fills me with greater anticpation than waiting for Santa.

Please dont stop. Ever. Once you’re done with the Brit TV go international. We won’t care. We’ll know it’s true because you wrote it.

I just wanted to say that “Footy People on the TV” is perhaps the finest series that you ever published – I can scarcely remember laughing out loud at something so much since the heady days of G Nev’s diaries.

The fact that it has expanded to the less “shining” lights of the football media, such as the fine Davie Provan, only makes the articles that much better.

If you’ll forgive the imagery, it really would make an excellent toilet read.
(Uncle) Davey, GLA

How about a sexy Giroud?
Seriously, from Jesus Navas to Wayne Rooney wiping his nose?

What a let down.