Home Manchester City Mails: So damn excited about the big one 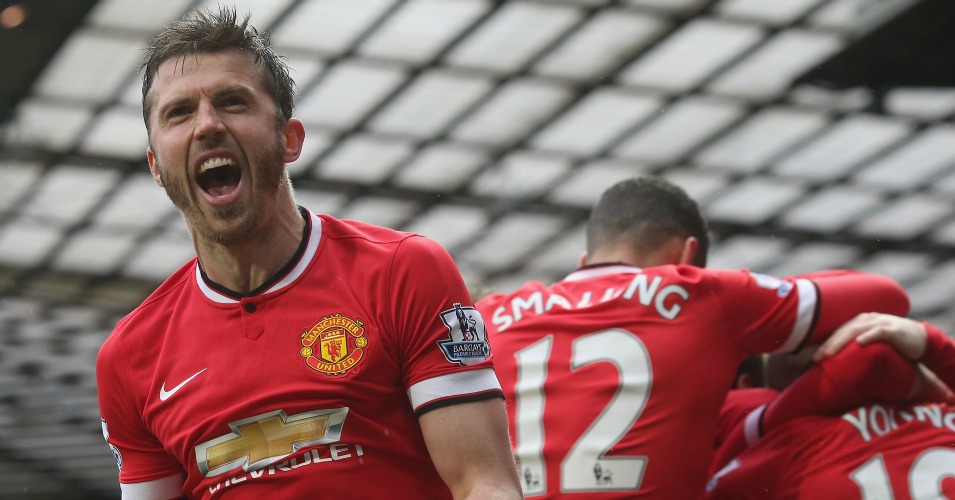 We’ll certainly have a Sunday Mailbox this weekend, so get those thoughts in to theeditor@football365.com…

Manchester United can bring back the swagger tomorrow
Really looking forward to the game tomorrow with a positive feeling and a belief that we will get the result.

The last few years I have approached the derbies with trepidation knowing that City had the far superior players, if not quite the belief, to give us the battering they were capable of giving us.

All changed now though and I feel that we have the mentality, physicality, tactics and options required to restore the natural order of things!

I don’t think the City defence is up too much and they have an Argentine hole up front that no amount of false 9’s or Raheem Sterling’s will fill adequately.

LvG gave you the feeling that we would not get a dicking in the big matches due to his over cautious (dull) philosophy however Jose and Ibra are bringing back the swagger!
Plato – MUFC

Just so bloody excited
I think I’m actually more excited about tomorrow than I was a few weeks ago when the football season started.

We’ve had some cracking mails over the last couple of days trying to figure out how each Manchester side will set up. I can’t remember a game where so much has been discussed about tactics and line ups as much as this. (a tight 1-1 for me)

So once the derby is all done and dusted, we have the scores coming in and then the absolute goal fest that will be Liverpool vs Leicester. (3-2 on this one)

Basically my afternoon will consist of Big Weekend, Cheeky Punt, Mailbox and then down the bookies to place bets that won’t actually happen.

Enjoy it ladies and gents.
Jimmy (There was no point in this mail other than to say I’m REALLY EXCITED) Spain

Helping headlines
Ahead of tomorrow’s Manchester derby I have some headlines for the red tops on Sunday.

There’s some game happening in Glasgow too, apparently
How can an article titled “Big Weekend” mention Atalanta v Torino and include an unfunny clip of Mike Dean picking up a football, but not mention in detail the first Old Firm derby in the Scottish Premier League since 2012?

Yes, we can all agree that Scottish football is rotten and painful to watch, but the same can be said of Italy’s Serie A. At least Celtic v Rangers won’t be fixed.

Also, Scott Brown v Joey Barton could be a good undercard to the Kell Brook fight and will be infinitely more entertaining than watching any battle that involves Olivier Giroud!
Martin (grumpy Scotsman)

United fans guilty of Januzaj blindness
Interesting reading Guy S’s thoughts on Januzaj but I have to say that I reckon he is falsely remembering how good Januzaj was. Yes, he stood out for a little while after making his debut, but that is damning with faint praise, considering how utterly turd we were under Moyes.

That’s not to say that Januzaj is without talent; he is a pretty decent dribbler, can do a few tricks with the ball and he’s reasonably quick, but they are attributes that don’t really make much difference on their own. The biggest problems with Januzaj are his attitude – not just ego – and his end product. What I remember while watching him is that he’d regularly do something good, followed by immediately wasting any advantage he’d gained.

He would frequently run down blind alleys, run the ball out of play, misplace passes and shots, shoot from ridiculous angles (often ignoring multiple better-placed teammates), fail to contribute defensively, had a tendency to dive and his decision making was shocking. After scoring those two goals against Sunderland, it was like he’d decided he was going to be the sole saviour of Manchester United, and that he didn’t need his teammates in the final third.

His attitude problem was further put into doubt when he decided to go out on loan to Borrussia Dortmund instead of a Premier League team. In terms of talent, he was nowhere near ready to be playing on a regular basis for a team of that level, but when you couple that with reports of poor attitude, effort and application from the Dortmund coaches, it’s no surprise that he failed to make an impression. I don’t have a problem with players that have plenty of self-belief, but only if they have the right attitude to accompany it; Ronaldo was regularly labelled as cocky in much the same way, but he put in the work to make sure that he was as good as he thought, if not better.

I’m not saying that Januzaj is finished – he may well go on to have a stellar career, for us or another team – but, in my opinion, back then he was barely consistently “good”, never mind “stunningly good” or “brilliant”.
Ted, Manchester

Response to the response on Adu
So Ian disagrees that Freddy Adu was one of the best young teenagers in the game circa 2003. That’s fine, everyone has their own opinion. While eight of his paragraphs had absolutely nothing to do with why he thought Freddy wasn’t one of the best young players, there were a few things in my mail Ian ignored to make his own point.

For example, I qualified my statement by saying he was one of the best, not the best. Also, I said between the ages of 13-16. An age group where anything can happen. I don’t know if Ian watched much of Freddy Adu around this time, but it was clear he had the talent to play in the MLS at the age of 14.

Yes, the MLS doesn’t have the greatest talent, but surely breaking through at 14 and playing well (i.e., watch the video in my mail of his sick skills against grown men) means you must be some kind of good?

Also, his youth World Cup accolades are what I believe made him one of the best young players at the time. In the 2003 U-17 World Cup (3 age groups up for Freddy) he scored 4 goals in 2 games to take the US to the finals where the ultimately lost against Brazil (I think Messi was taking steroids with Barca at this time).

In the 2007 U-20 World Cup, he scored a hat trick making him the second only player to score a hat trick in both the U-17 and U-20 World Cups. So the argument can be made he was one of the best young players at the time.
Brian (Come on kids, we learned how to make reasonable rebuttals in high school)

A good read (but still don’t get those scarves)
Great read on the half and half scarves. Never got it myself. Why stop at scarves why not have half and half shirts, shorts, bed linen and curtains?

From my perspective I do not want anything polluting the purity of my Liverpool memorabilia.

Having anything that his half Manc in my wardrobe makes me shudder.
H, (Red or dead)

We’ve been to Hull and back
I was really enjoying Peter G, Pennsylvania’s post until this…

“with Hull due for a little bad luck, I’ll go with the Clarets.”

Yeah, after a shambolic pre-season, injuries to half our squad and today’s news of a failed takeover bid we really are due for a “little bad luck”.

Thanks for that mate.
Nick, Hull City AFC

More constructive Mailbox criticism
I am the only one who has no idea what Ian from Hartford, CT USA was going on about?