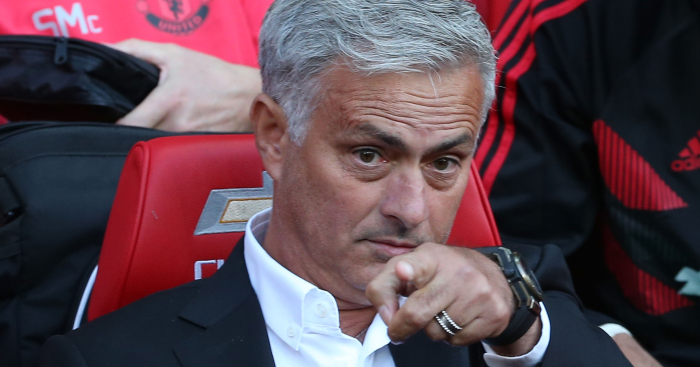 Mourinho getting a rough ride
In defence of Mourinho, by no means a fan of and I’m surprised I’m writing these words, and allowing for different circumstances but when you say about Benitez “Those who suggest that a Champions League and La Liga winner should be ashamed of his tactics…” in winners and losers, do you think perhaps we may not be giving Mourinho enough credit?

Mourinho has won trophies at United, as his spending has demanded, and significantly improved United’s league positions since arriving (dip to 6th then escalation to 2nd), I think the majority would expect them to still qualify for the top 4 with relative ease despite the disaster start, which can be easily taken for granted nowadays, which hasn’t been close to a guarantee in the post-Ferguson era.

I think if United had started the season with 2 close 1-0s in the manner Liverpool had Mourinho would still be lambasted for the style whereas Klopp is praised for grinding the result out. Now Mourinho did lose to Brighton, who with the benefit of hindsight have shown themselves well capable to compete with the top teams this season save for the blip against Watford. I think we all agree that the style has been an issue but if it was accompanied with winning football at the same time it would be much less of a problem. We all agree that some styles are easier on the eye than others, but we mustn’t forget that there are several ways to win a football match, and consequently titles.

In this knee-jerk reaction society of absolute extremes we live in, we happily say to Emery and Pellegrini that they should be given more time. Now, Mourinho has had 2 years and probably should be closer to the finished article given his spending, but compare them to City this point last season, they’re only one point worse off. He’s not been great to watch but because it’s Jose the reaction has been a tad OTT. It’s 2 games, he’ll probably go on a European run, finish 2nd and win a cup. Other managers get off a lot easier than Jose does.

Now watch him get admonished for grinding out a 1-0 against Spurs.
Thomas (I really just want him to stay for a few more years to see Scholes and Neville moaning at him), LFC

Relishing the one-goal wins
After the Brighton game, there were some unique realisations:
1. Till last season, if we were hanging onto a 1-0 lead, I’d be popping blood pressure pills and yelling at the TV.
This time, not so much… Yes I did get nervous with Allison almost giving the ball away to the Brighton striker, but somehow there was a relative calm about the proceedings. (a pretentious point? maybe)

2. Over to the WhatsApp group which itself becomes a mini-mailbox after a Liverpool game. It was a split down the middle, as the mailbox itself reflected… Some enjoyed these 1-0s which is a truly alien feeling to a Liverpool fan, while some were not impressed.
Conclusion- To all my Liverpool supporting mates around the world… Let’s start loving the 1-0s. You know it, the moment the whistle was blown on Saturday at Anfield, it felt a satisfying performance, where the attack(not the usual goalfest) and defence were both on point.
The future looks good.
Mihir Nair. Mumbai.

Why it’s a good sign that Arsenal have struggled…
How hard is it learn a new system? You’re a professional. This is your career. There’s a finite number of tactical situations to learn. How hard can it be?

I for one am glad the gunners are still struggling with Emery’s system.

Suppose Emery was an update: Wengerball 2.0. The players would be comfortable by now. I think we should be thrilled the team have struggled to implement Emery’s plans. It means the design, conception and training are vastly different than before, or that our lot are hopelessly thick (possible).
Robb, USA, AFC

Rafa is one of the dinosaurs
I cannot believe people are shocked at Benitez’s tactics yesterday, this is what he does. He blames injuries for his tactics yet he has always played dour, pragmatic, conservative football-bar the last 10 games of the 08/09 season when he let Liverpool off the leash & they played stunning football.

This is a guy who played 2 holding midfielders(Lucas & Mascherano) at home – to Wigan, S’land etc and still didn’t let his full backs fly forward. He constantly whined about lack of money at Liverpool yet from ’04-09 he spent more then Ferguson & Wenger. I still shudder at the afore mentioned midfield partnership playing, they hadn’t a creative bone between them.

In the 09/10 I went to 15 games home & away & saw Liverpool score one goal & that was a pen.I won’t list them all but they were Chelsea,Arsenal,(x2),Spurs,S’land( the infamous beach ball game),Portsmouth,Lille,Atl Madrid,Fulham,Hull.If I were Mike Ashley I wouldn’t give the guy a penny as whether he spends £20m or £200m he will produce dour,uncreative pragmatic football.

A complete spoofer is Rafa & alongside Houllier,Sam & Mourinho a dinosaur in footballing tactics all of whom will (touch wood)soon become extinct to make way for brave,bright,young,forward thinking coaches.
Teams should be banned from playing 4-5-1 @ home.

This “hard to beat” mantra is like saying someone “has a good personality”..we all know what it really means.
Ferg, Ireland

Chill out, Toon
Interesting reading some of the Mails from today (/yesterday I guess) regarding Newcastle’s ‘boring’ and overly negative tactics. Chuck in the media comments and social media comments at the time, and I have to say, I’m quite amazed by just how much of a big deal is being made out of this. Am I in the minority in thinking “chill out, who really cares if Rafa set his side out to frustrate”? Mountain out of a mole hill for me!

The easy comparison to make is yesterday’s game vs the last day of last season where we smashed them 3-0. Really…gameweek 38 is never really a fixture that tells you the true power of a side. We also smashed Spurs 5-1 the year we went down (hilariously denying them 2nd spot though lol), so pointing to that game as an example of how we shouldn’t have been cautious is slightly naive. Second comment about this being a “New Chelsea side still trying to find it’s feet”…I’m sorry, but a side that has a 71m goalkeeper, Alonso, Kante, and Hazard etc in it will alway need to be approached with caution. They’re not a bunch of newborns who need to learn about the world…they’re bloody top professional footballers who will totally destroy any side that decides to get cocky against them and leave acres of space for their players to exploit.

I fully expected to see us play a more compact, organised, defensive game, and I for one, have no problem with Rafa setting the side up to sit and frustrate. 90 minutes is a long time (about 100 mins if you add on stoppage time at the end of both halves), so I’m pretty sure that Rafa’s gameplan would have been about frustrating the opposition, keeping Hazard quiet, play on the break, and use the latter phases of the match to switch tactics. It annoys me to hear people think that Rafa wants to simply see out 90 minutes without the team trying. He does want them to try and nick a win, but is quite well aware of how lethal sides can be whilst we have a fairly average team to pick from. Add in the fact that we were missing our captain + quarterback, and therefore had to introduce several new players into the starting line up, again, it doesn’t shock me all that much to see a more defensive set up.

On this occasion, it didn’t work and we failed to pick up any points, but fine. We almost got a point, and I’d have taken that all day. Given we have City and Arsenal coming up too, I think Chelsea was a good fixture to try and get something out of it – but I don’t think that would have necessarily been by going all gung-ho. For us to play with that kind of confidence and attacking intent, we’d have to have a more settled side who have a few wins behind us. At this point in the season, no.

So yeah, people need to relax a bit, and let Rafa just manage the way he sees fit. It may seem boring, but we’re not here to entertain Sky viewers, we’re in the league to pick up points. Also, I don’t think Newcastle fans really care about ‘being entertained’ as such. Yes, that’d be nice, but points come first given we’ve tasted relegation twice (ffs) over the last decade.

1) We don’t just have Premiership football we have many other leagues (not all professional) to choose from. With League One and Two comparable in skill levels and pay. Want evenly matched teams? I won’t travel to another country I’ll pop up the road.

2) it’s not just ‘us’ that hates on them, take a look at any comments section on Facebook or Twitter and you will find the usual ‘banter’ replies. We all know what they are and who says them without repeating them.

3) yes some of our players are vastly over paid, but the Premiership is full of superstars who are absolutely world class. Who was the last world class footballer to move to the SPL while being world class? Gazza?

So I’ll stick with the overpaid Premiership thanks.
Rob G (Still remember brackets being a thing)

Just read the following Tweet and maybe Carra should be eating his words?

Liverpool have kept 11 clean sheets in the Premier League in their 18 games since Virgil van Dijk’s debut in January 2018, more than any other side in that period. #bbcmotd pic.twitter.com/NUgMUPXKTw

Big improvement in the Reds’ defence even before the signings of Allison and Keita.
Will, Limerick

Contentious decisions
Mark Meadowcroft’s random barb towards Liverpool fans in Sunday mornings mailbox was odd, and I’m glad Theo, LFC, Liverpool addressed it already with the seriousness it deserved (ie. none). City were clearly unlucky that the officials didnt notice that the Wolves goal was scored with an arm.

But looking at the Wolves goal that was disallowed – the Wolves winger tries to cross the ball to Jimenez. Laporte slides and blocks the cross, thereby deliberately playing the ball. Jimenez scores after Laporte plays the ball.

How is this different from when Lovren played the ball vs Spurs in February, causing an otherwise offside Kane to be considered inside?

To be clear – I think both situations should be considered offside. But the consensus in the media and the mailbox was that the Kane goal was onside in February because Lovren played the ball. Surely the same goes for Jimenez after Laporte played the ball?
Oliver Dziggel, Geneva Switzerland