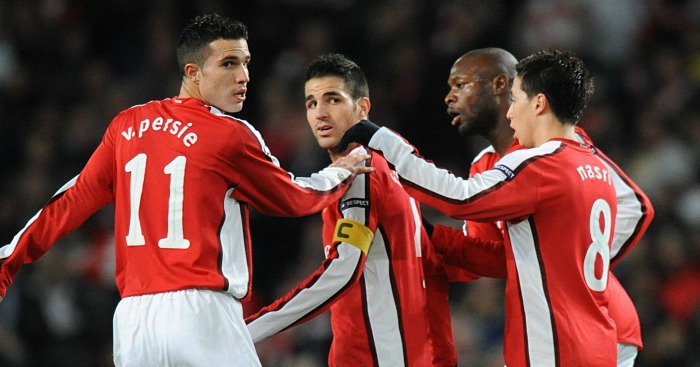 We always like a little bonus Mailbox. Keep those thoughts coming to theeditor@football365.com…

Get rid of Costa
Football is entering a different realm and it may be time for me to tap out.

I understand money is not only essential but desired by a lot of people not just footballers. For this very reason I do not begrudge a footballer for the big money move.

That being said this has gone too far. Diego Costa is playing for a top team in Europe, halfway through the season, leading the league by 5 points and a strong chance of going on to win the league. To move now to a league that is barely established, has no coveted trophies and at the age of 28 all just for the money is absolutely disgusting.

I’m a Chelsea fan and if this is what he wants let him go. I don’t want the ultimate mercenary playing for my team if money is the only thing he thinks about. Forget about short career span and looking after your family cause that’s absolute bo**ocks.

He earns more than enough in his current role as a Chelsea striker. This is pure greed plain and simple.

An Arsenal fan sympathises
As an Arsenal supporter, I would like to express my solidarity with Chelsea fans.

We know what it is like for a key player in your team to have his head turned by a club with far more money than yours has while you can only watch helplessly. It sucks, doesn’t it?
KM

On Danny Mills on Diego Costa
Alright, I try in general to keep my explosions of rage limited to a. the play on the pitch while football is on, and b. a small corner of the pub. But today I’m feeling compelled to add to F365/the mailbox’s good work of berating the rampant reactionary nationalism in footie commentary, because erm…ok. Danny. My friend. We laugh, we cry, we have good times together. But there’s not-ok in punditry chauvinism, and there’s HOLY SH*T NOT OK.

“[Diego Costa]’s already defected from Brazil, his native country, to play for Spain and has no real affinity with England and the Premier League. I’m sure he likes London but he doesn’t have any real affinity here. Brazilians move around all the time; they will go wherever the money is.

This is how the Premier League started, paying huge money for foreign stars and now China is trying wrestle the Premier League away from England. In general, how many England players have gone abroad in the past? We like our creature comforts. Brazilians are quite happy to up and leave.” – BBC 5 Live.

A perfect trifecta: the mandatory “South Americans are Mercenaries” for heft, a delightful delegitimizing sideswipe at Spanish football for zest, and to add some zing, our newest entry, Sinophobia. Just nice little cherries of “nobodies cares about the shirt anymore” and “the PL was ruined by money and fureignurs” on top.

What was that about kicking it out, Danny? I’m sorry, I missed it, my missus was performing the Heimlich on me (German, suspicious) because I choked on my chicken wing (probably improperly butchered by Mexicans).

In all seriousness: there’s sort-of-ethnocentric-but-hey-he’s-just-old-fashioned, and there’s overt racism. It takes a lot to actually stun me these days. This stuff needs to be shouted at in print and in person as loudly and often as possible.
Iain CUFC

On the Payet affair and reaction
After such a masterful performance from my beloved Spurs at the weekend you’d think I’d be writing in about it, but you’re sure to get a few mails on that already. What I can’t help but be irked by is the (mainly tabloid) media reaction to Dmitri Payet going on strike.

The question of loyalty is an interesting one, but as with most things in life there is more than black and white, there are shades of grey and on this particular ‘issue’ the nuance relates to a great degree on who is demanding the loyalty.

The only people who should have a genuine axe to grind here are the supporters of West Ham United. Football supporters have a ‘contract’ with the club they love. They are loyal through thick and thin, and for West Ham supporters it is often just ‘thin’. They have a right, to a point’ to demand a degree of loyalty in turn from the players they idolise. As a supporter of Spurs, I have seen similar behaviour from the likes of Dimitar Berbatov in more recent times and looking further back, Sol Campbell. To say fans have never forgotten the latter would be an understatement.

When tabloid media and the likes of TalkSPORT get involved however, I can’t help but sick in my mouth a little when people like Collymore get on their soap box about loyalty. Collymore said on Friday 13th January that “West Ham have been mugged off by Payet”.

On Sunday 8th January, just five days previously, Stan Collymore said “Dele Alli should learn from the best and move to Barcelona or Real Madrid to realise his potential” . Where is the balance here Stanley? You’re suggesting Alli mugs off Tottenham at the first sign of interest, 16 months into his top flight career.

The reason I mention the above is thus: Tabloid journalists and radio presenters have no loyalty whatsoever to anything but the next big story they’re required to comment or wade in on. It’s why we often hear contradictory and knee jerk comments from them from one week to the next as shown in the above example. Another notable example in my memory relates to Harry Redknapp. His pals in the media, said that Daniel Levy was disloyal for sacking Harry Redknapp in the summer of 2012 after a top four finish. On the face of it, without context or thought, perhaps it was. But let’s rewind. Levy offered Harry his biggest ever job and stuck by him during his high profile case against HMRC and allowed him to carry on during the same season when suffering ill health, putting trust in his coaching set up. Harry’s court case ended the same day as Fabio Capello was sacked by the Football Association. All of a sudden, these people who were to accuse Levy of disloyalty in the summer were telling Harry to leave the club who stuck by him to go and manage England. And why? Because at the time, the England story was THE story for them, Spurs didn’t even register on the radar. Fast forward to the summer, the England job had been filled and they’re back to concentrating on Spurs and kicking Levy again, painting Harry as a Saint without fault. These are just two examples relating to my team but there will be countless for every team I’d wager.

The tabloid media bleating about Payet’s lack of loyalty is tantamount to Dr Harold Shipman challenging the government on the state of NHS care. It’s a valid argument completely undermined by an ill suited individual or collective pushing the agenda. Fast forward a month from now and the feelings of Dmitri Payet and West Ham fans will still be raw. The media will have moved on to someone or something else. Yesterday it was Mike Dean, today it is Payet, who tomorrow? What is certain is, sporting commentators aplenty will be up on their soap boxes again, questioning the loyalty of others who are only doing as they themselves are doing, looking after No.1.
Ross THFC

Fair play to Harry
Haven’t seen many emails recently suggesting Harry Kane was a one-season wonder. Really missing those.
Leo (you know who you are)

Sure, why not?
Tell you what, Spurs could win the bloody thing…
Jon (sincerely hope Jan is ok), Formerly of Boston

We’re all on the same page here
How funny would it be if notorious foreigner Marco “He’s not got a clue Jeff” Silva kept Hull up at the expense of PFM Alpha Male Sam “Mines a pint, of Chardonnay” Allardyce and Crystal Palace!
Dave, BAC

Does Paul Clement understand the Premier League?
Bob Bradley’s tactics were, rightly, criticized as being naive. Rather than playing the Swansea way, Bradley would have been better served by playing a more compact, no-nonsense fashion without the burden of maintaining possession.

Paul Clement would have heard these criticisms aimed at Bradley and, one would think, observed these tactical shortcomings during his preparation for free-flowing Arsenal. Given the tactical head start afforded to Clement by Bradley, one wonders why Clement repeated the same mistakes?

That said, I look forward to commentary from Hartson and other PFMs questioning whether Paul Clement understands the Premier League. Perhaps his adventures in Germany, France and Spain have made him too Continental for a true understanding?
Lance S, Atlanta GA

Graham Taylor’s greatest moment
I am sure you have received numerous emails about how Graham Taylor was such a gentleman and I agree it was such a shame that the press may have tarnished his reputation so horribly with their coverage after the Sweden vs England qualifier.

But I did not got a true sense of how he operated with true dignity until I watched his now famed documentary many years after it was aired. Whilst the programme has thrown up a number of soundbites and humorous incidents, what stood out for me was how Taylor confronted a fan at Wembley who was giving John Barnes some horrendous racist abuse. He sternly told the fan “You’re talking about another human being so just watch your language.”

Simply superb, and that is how I will remember him as a legend of the game.
Sunil

Good hustle
Very late to this (i blame work) but just read your article on Ray Houghton. Very nice and all that. But the link to his goal… apart from giving me goosebumps again (I remember watching it at home with me mates in Dublin) the commentary made me laugh. Classic USA USA commentary with the terrible pronunciation of the players names, the delayed reaction to what actually panned out in the game and, my favourite… telling us ENGLAND reverting to that bloody long ball again.