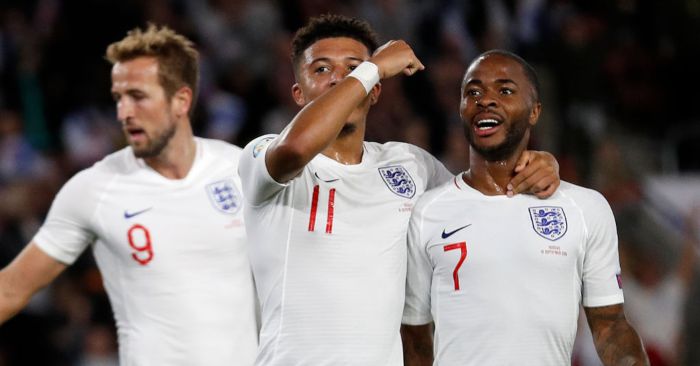 If you want an afternoon Mailbox, you need to send thoughts to theeditor@football365.com

Still no Maddison? Come on Gareth…
Is Maddison nursing a knock we don’t know about??? How does Barkley start, Mount comes on for the second consecutive game but Maddison doesn’t get a single minute, the same guy that created the most chances in his first season in the Premier League. What is Southgate smoking, and he used only two of his three allowed substitutions. Is this the big club bias people talk about?
Hope MUFC, Nigeria

That was real messy…
This has to be one of the most ramshackle halves of football I’ve seen from an England side in a very long time. Thoroughly unorganised at the back and terribly careless in attack. We should have scored three or four more, but we’re lucky to have have conceded another two or three at the other end as well. Over confident doesn’t begin to describe it. I know we’re *likely* to win and all, but this has been very, very poor in the second half. It’s like they’ve forgotten this is a full international, and they’re just knocking it around in the park. Passes going astray, chances going begging, it’s like the Iceland game back in 2016….
HarryB

I know people appreciate entertainment but what about expertise/quality etc?
Chris, Croydon

Lose the arrogance, England…
I doubt this will get in, because I’m sure you’ll get a ton of emails about that game. And yeah, good attack sloppy defence etc etc. But I’ll tell you what really bothered me. I finally saw it. The arrogance the other home nations fans always accuse us of. Too many acting as if Kosovo (unbeaten in 15 matches prior to playing England, lest we forget) are some pub team. The commentator comparing that early goal to that San Marino goal all those years ago. Come on, this isn’t San Marino! I wondered if it was just me, so against my better judgement I had a look at Twitter too. Same deal. Lots of talk about how Kosovo deserve credit, they try really hard, and so on. Like they’ve all won a competition to play in the match or something. It makes me wonder if the coaching staff took them seriously either. I think they will have to next time.

(19 goals from four qualifiers is bloody impressive, though. Never a dull moment with this team.)
Chris J

Hoping for foreign travels
Bored waiting for the team news to play the exciting game against Kosovo. I´m sure all the U.K. based Kosovans, some of which we used to play five-a-side with in London, will be so, so happy watching tonigt’s international fixture. I´m hoping for a mad 3-3 or similar.

Meanwhile, players I´d like to see leave their English culture behind and play abroad:
10. Trippier to be joined by Dele Alli mixing it up at Atletico .
9. Pip Foden in a Barcelona midfield
8. Rashford at Juve, when they get their proper kit back
7. John Stones recreating the Woodgate role at the Bernabeu .
6. Jamie Vardy at Atletico (El Cholo was interested)
5. Joe Gomez being the new Maldini at Milan
4. Hudson-Odoi lording it at Bayern Munich
3. Harry Kane swopping the lillywhite of Spurs for the all white of Real Madrid under B.Rog .
2. Jadon Sancho filling the gaping hole left when Messi drops back into a deep lying midfielder.
1. Raheem Sterling captaining that same Barcelona team managed by Josep Guardiola .
Peter (pipe dreams all) Andalucia

The strikers Man Utd should buy…
There was an interesting point about Vardy being better than Martial and Rashford. Gone are the days Manchester United could just buy the league’s best, if this was 10 years ago ManU would’ve had Eriksen and Kane on their books by now.

However, while they were already dealing with Leicester City, handing them a few more millions for Vardy would’ve been the smart move. He really is a better finisher than anyone we have. Would not have cost a lot, would’ve been a great option from the bench and would not have hampered the progress of any of the young players too much.

We have the most uninspiring bench in games now that we’ve ever had.

Rashford is a good player but he is no Ronaldo. In fact, he’s more like Nani. With his free kicks and runs he just looks like he is trying to emulate Ronaldo without the quality. Nani was not a bad player but he always lived under Ronaldo’s shadow and much better players than him would fall well short of Ronaldo’s standards.

Solskjaer can be criticised for failing to bring the best out of Sanchez and Lukaku but honestly there is simply not enough quality in the current squad to be anywhere close to challenging for the league.
Shehzad Ghias, MUFC

…is Divock Origi the striker that Solskjaer doesn’t know he needs? He seems to me to have that poacher quality that Solskjaer is crying out for, the ability to be in the right place at the right time. Just look at his goals against Barca in the Champions League, both only possible because he was lurking hoping to find that scrap to be turned into a goal. How many balls has Daniel James whipped the ball in and all that was missing was someone like Origi there in the danger zone to finish it off? I know never going to happen but it might just work.
Aaron. CFC. Ireland