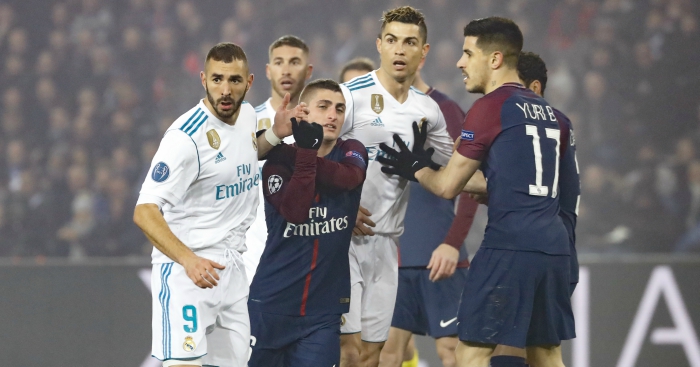 PSG are like this guy’s old Nissan
Decades ago when I was young I had a basic Nissan hatchback. Perhaps the only slightly sporty element to it was the 2.0L engine and 5 speed gearbox.

I started noticing other cars, particularly SSS models, and was envious. I knew these cars were mechanically far superior to mine, but I figured you only knew that if you drove it. If you saw the highlights of a drive by, a lap of the nightclubs, or a low speed mainy, how would anyone know what was under the bonnet? As long as it was never tested, a conservatively driven base model and SSS would go, and sound, the same to the casual observer.

So I invested as much of my meagre wage as I could into alloy rims and body kits. What started off a mild interest became a bit of an obsession. Some might call it a vanity project. Soon enough I had a pretty expensively assembled, good looking (in the context of 90’s Nissan’s for those giggling at the back) but very slow car (I added a fair bit of weight with absolutely no additional performance).

I was all show and no go, streeting it at 20-40kph as long as I was never tested. Basically I did a PSG, who remind me a lot of my dear old Nissan with their huge and expensive Neymar airdam, Mbappe side skirts and Alves rear spoiler. The base model, after-market loaded pretender was soundly put in its place by the proper SSS.

Luckily I woke up to myself and bought an old reliable Land Rover, somehow I doubt PSG will do the same.
Dr Oyvind

Or just a lesson to us all
Paris St Germain, what’s the point really?

So they dominate their domestic league, walk through the group stages of the Champions League and then go out as soon as possible in the Spring. It’s totally brilliant to watch them spend all of £200 million for Neymar , for just this kind of occasion, only to watch him bog off injured so he can be fit for Brazil in the World Cup.

Their domestic league isn’t competitive enough. You can’t steamroller not terribly good sides 3/5/8-0 and then be ready for Barca/Real. This is where these guys live and breathe and why they’ve dominated this competition for much of the last decade. It’ll take an extremely good team to get past these lads ( us would be bloody nice – we’re back in the quarter finals!)

And that Ronaldo fella, Jesus. Past his best, nowhere near his old mobility and *still* always produces in games like this. Those statistics really are utterly ludicrous.

Could be worse though PSG, at least you’re not Sunderland.
James, Liverpool

It’s fun supporting Liverpool
Champions League last eight. In the Benitez era I definitely started taking the Champions League for granted but this is so exciting. I couldn’t care less who we get. Bring on Bayern, bring on Madrid, bring on City, bring on Barca.

Suppose the difference is that Sanchez was bought ready-made and at 29
I see that in the case of Alexis Sanchez the modern trend of judging a signing as a failure after just a few games is alive and well.

Because it’s not like a player ever takes a little while to hit his strides at a new club is it?

Except for all those times it did. Most recent obvious examples would include Cristiano Ronaldo (he wasn’t great in his first Man Utd Season), Gareth Bale’s losing streak at Tottenham until “that” season, David Luiz, and Raheem Sterling. I’m sure the mailbox can think of plenty of others from the past…pretty sure it took Bergkamp a while to have a good game for Arsenal too now that I think of it….

An interesting email on Mitrovic and Newcastle
Just a word on the Mitrovic situation from the Newcastle angle. Mitro has not been given one league start all season. The one game he did start was in the League cup and scored.

He mugged off Joe Hart in a Premier League game whilst scoring, elbowed someone and seemed shunned for it. His (basically) replacement Joselu has been nothing short of terrible in front of goal this season. He had a 7 game spell where he started each game but scored in none of them. Yet Mitro was not brought in to end this nonsense.

Joselu has only 4 goals to his name in 20 appearances. One of those goals was the ridiculous ricochet against Liverpool and two were open goals. Mitro was only two goals behind despite no starts and a handful of appearances which were mainly 10 to 20 minute spell at the end of games.

Mitrovic has gone to Fulham on loan and has already bagged 5 in 4 games. He is Newcastle Utd top scorer. Sheff Utd boss said Mitro was too good for the Champ and should be playing for Newcastle. He is a £15m Premier League striker who is going to the world cup.

Whereas Joselu hasn’t started any of Newcastle’s last four games since ironically 31st January, deadline day, where he missed a penalty and missed a massive chance to get three points. Newcastle ended up dropping two points that day.

Rafa Benitez may be a lot of things. He may have a lot of trophies. But I want to make it this perfectly clear so everyone understands this. If Newcastle Utd are relegated this season by a point or two than Rafa Benitez will be 100% responsible. 100%.

It won’t be Ashleys fault. It won’t be Lee Charnley. It won’t be Amanda Staveley. It will be Rafa’s. Ashley gave Rafa a short hand this season, no doubt. Rafa moaned every week at the lack of quality to choose from.

However, he has refused to select arguably our best all round striker for the entire campaign, who no doubt would have scored and created more goals than Joselu and would put more points on the board to have kept this club up.

Make no mistake about it. Don’t be confused. This is pretty much a cast iron fact when you look at the young Serbian tearing up the Champ and dragging his country to the World Cup.

Rafa Benitez hasn’t properly explained his decision as to why he has made our clubs job a whole lot harder in trying to stay in this league. If we go down. He will walk off into the sunset to a top job and restart a project for himself, whereas it will be the Newcastle fans who are left to pick up and deal with the unimaginable sh*thouse he left behind.Explaining himself isn’t even the start of it.

Mitro’s on fire and Newcastle don’t have a pot to piss in. Work that one out. And people say beggars can’t be choosers.
Bano

One-sided statistics
In response to KC and his comments on settling for Lukaku, while some of the points are useful it is very misleading to simply go on goals per game as the overall judgement on a strikers success or failure.

I’m not even going into the various other aspects the player may or may not be required to get involved in to suit a teams tactics here. I am simply looking at a deeper understanding of those statistics thrown out there.

You mentioned Lukaku is currently scoring 0.56 goals per game while Kane clocks in with 0.95 and Salah with 0.84 and Aguero with 0.8, granted while looking at those figures alone he seems to be doing far worse. However that would only be a fair comparison if we were looking at players in teams who play similar styles. Here we have examples of three players from very attacking sides creating a lot of chances.

When viewed from that stat the strike rates are fairly similar for all 4 strikers. I’m not claiming he is having as good a season as those other three I’m simply suggesting a one sided statistic that fails to take other factors into account can be used to prove any point you care to make.
Simon, Doncaster

On Coventry City
Great article on Highfield Road. Coventry City are a club who have fallen from the view of the average premier league fan, like so many others. The type of club you see in the cups and wondered “Oh yeah, who plays for them these days?”.

Some clubs like Burnley, Sunderland, West Brom etc have been up and down from the premier league, but clubs like Charlton, Leeds and Sheffield Wednesday have been out of the Premier League for a long time.

I’d love to see some sort of regular feature (or perhaps contributions from Mailboxers) on how their club fell from grace. One of the best football articles I’ve read was a 442 article on Gretna (which I can’t find online) where the writer took a step back and looked at all the reasons for the clubs demise.

Similar to what Daniel Storey does with the “Portrait of an Icon”, I think there’s real value in taking a more longer term view of a sport that tends to take a very short term view of things.

It was easy to see with Burnley that they would be well set to bounce back after relegation – well run club, no significant player turnover, good management etc.

Sometimes you see clubs like Sunderland (or Leeds a few years) and you know something is deeply wrong, and that if they got relegated they would struggle to come back.

The “banter era” tweets etc can be tiresome, but sometimes its good to look at a club over a few years to see how well managed, or mismanaged they were.

The Highfield road article was a good example of that, taking a step back and offering a considered and well measured view on how things happened as they did.

Thanks, and more of the same please.
Stephen R

…I am not a Coventry City Fan, nor do I have a connection to the actual city. My only connection to it was that my mum did her A-LEVELS there decades ago before she met my dad in Nottingham (and yes he supports NFFC still even though we’re Malaysians living continents away – Coventry make Forest’s owners look like responsible).

But the plight of CCFC is a harrowing story to read to any football fan, no matter where you’re from. Recently I read in a book called “Coventry City: A Club Without a Home” by Simon Gilbert which chronicles the story up until the last few years. It’s a good book that goes into a lot of detail into what went on with a lot of interviews with people involved and I recommend it as a good insight into the long running situation.

And the book precedes their relegation to League Two last year and their upcoming leaving of season Ricoh Arena (again), so it seems to be going worse.

It also showcases the perils of trying to build a stadium and what happens when you horribly mismanage that.
Yaru, Malaysia