Home All The News Mails: The ‘bargain’ midfielder Man United should have signed 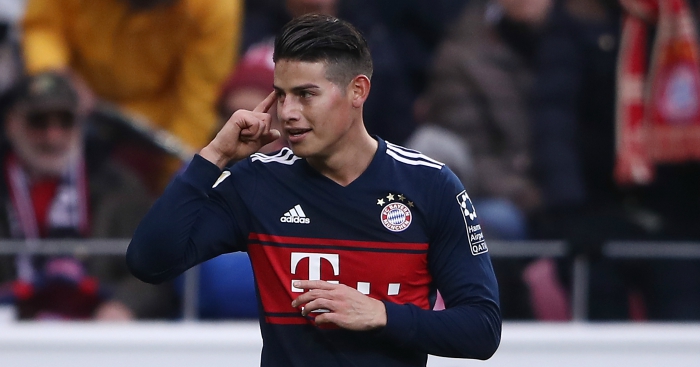 Crowd control
It’s not the first time he has done it during his short tenure at Manchester United, but once again over the weekend Jose Mourinho criticised his own set of supporters.

All the reports I’ve read on it since have been quick to point out his ‘frustrations’, but none have actually questioned why he would say such things after a relatively comfortable 2-0 victory over Huddersfield.

A quick glance at United’s upcoming home fixtures makes it obvious exactly what Mourinho was doing in his post-match interview. The small matters of Chelsea and then Liverpool are up next for them in the league.

I think it was classic psychological warfare on his own set of fans. A challenge for them to raise their noise levels at Old Trafford and supposedly prove him wrong. Whether his ‘attack’ works or not will be interesting to see though, as I think it actually shows a fair bit of discomfort and anxiety about the upcoming games.
Mark.M

United’s weaknesses
Even after massive spending, I still feel the squad lacks quality in multiple areas and they are second in the league only because others around them are performing below potential:

– Chelsea won the league last season at a canter yet have shown none of that dominance this season. Granted, the loss of Matic and Costa combined with a poor performance in the transfer market has hampered Conte, but they still have enough quality to be performing better and should be above United.
– Tottenham demonstrated the quality they possess against United but have been largely inconsistent.They are another side that should have been above United in the rankings.
– Liverpool have done well given their squad but are too weak in defense but nevertheless are punching above their weight.
– Arsenal have been, well, Arsenal

So what are the problems with United:

– Bailly is their best CB but has been injured most of this season. They still need another CB as none of the other options are good enough. Lindelof might prove his worth with time but ATM is just not good enough.
– Valencia has been a revelation but at 32, this could be his last good season. Darmian is poor and they will need a replacement in the summer.
– Young has shown some excellent performances but has issues defensively. The same can be said of Shaw. Their opponents are able to get past them just too often to get the cross or pass into the box. Can Shaw step up? If not they need other options.
– Sanchez has been a great buy but they need a quality right wing. Lingard is exceptional at times but inconsistent. Mata likewise and lacks speed. Neither Martial nor Rashford are comfortable playing on the right.

The biggest issue though is midfield and you can see them fail to dominate in midfield even against smaller teams. Mourinho’s preferred formation is 4-2-3-1 but that system requires two central midfielders. They only have Matic. Carrick is well past his peak. Fellaini is just not good enough and despite Mourinho’s persistence, Pogba is more an attacking midfielder not CM. It didn’t work for France and it hasn’t worked at United. 4-3-3 seems for suited to Pogba but then you need another attacking midfielder. Herrera just hasn’t worked out this season. I really think United missed a trick by not buying James Rodriquez as the team would have looked more balanced with him. Bayern seem to have gotten a bargain there. The rumors about Vidal suggest that Mourinho realizes this. Nor do they have a quality no 10. Ozil would have been an astute buy but is no longer available. Mkhitarian for whatever reasons, failed and has been sold.

So what do United need this summer:
– A right back
– A CB unless Lindelof starts proving his worth
– 2 midfielders; central and attacking (McTominay has shown promise as CM so can he seal himself a place in the first team?)

Then they must hope Shaw is back to his best. The right wing will probably remain a problem and we can expect Mourinho t keep alternating between Mata, Lingard, Martial and Rashford ther. Or Mourinho will be forced to play 3-5-2 or 4-4-2. And oh, Lukaku needs to justify his price while they still need a quality no 10.
Adeel

Johnny Rotten Mkhitaryan
After three assists by Mkhitaryan for Arsenal, the Sex Pistols song “Problems” springs to mind. The problem is you, Jose Mourinho.

Eat your heart out on a plastic tray.

Cheers,
Tony James (what a beautiful evening in Melbourne, Australia)

Well, I did say Mkhitaryan would do well at Arsenal with their style of football….

Is that 3 assists on debut? (3!)
Manc in SA (it’s always horses for courses folks…although you only ever bet on…the jockey still. Come on Jose…)

Sticking it to the Toffees
Arsenal’s goal difference is pretty bad compared to the rest of the top 6. Imagine how bad it would be if it wasn’t for Everton.
Adonis Stevenson, AFC

Big Sham
Going back to Feb 2016, when Sam Allardyce was Sunderland manager and they lost to Man City, he made remarks after the game when Defoe had clashed with Otamendi and appeared to elbow him. These were along the lines of foreigners making a meal of things, it being in their nature and that they couldn’t handle the physicality of the Premier League. This was in spite of his team having included 7 foreigners.

Fast forward to Feb 2018 and he doesn’t play a recently purchased £25m foreign striker, who 3 weeks ago he called a bargain, as he isn’t ready for the physicality of the Premier League. He might not be ready all season he says.

Add to this the well-documented crusade against the foreign manager by this man. How can a man of my ability not get jobs and all these foreigners do?

Fast forward to Feb 2018 and despite a rare win in the week he makes arrogant remarks about the state of Arsenal these days and how they are easier to match. He changes a winning team by 5 players and gets a pasting. Obviously blaming players for not listening to him and not in any way blaming himself.

How is this fool paid all these millions to do this? Why do the mainstream media not call him out more? Why is it acceptable for a man whose champions league is not getting relegated to be allowed back into the game when so many advances in standards of play have occurred in the past few years?

It makes me glad that he took that pint of wine and had his arrogance highlighted and will be nowhere near England. And as a neutral I am still praying for a complete collapse by Everton just to finally rid us of him so he can go longer point to his hollow success rate.
Paul

With the PFM’s achieving some form of a renaissance at the bottom end of the table, the appointment of their talisman to the Everton job is a very real chance to see if they can break through the glass ceiling from the relegation primordial soup.

With England’s probable goalkeeper, decent defenders, defensive midfield options, a plethora of attacking midfielders and some pace up front, the Everton squad is good enough for an assault on the Top 6.

So this then is the Ranieri moment – there’s no relegation to be avoided, and teams have to be beaten with free-flowing attacking football – parking the bus and nicking a goal doesn’t get you to the top of the tree.

In the wake of the Arsenal thrashing, it doesn’t look good and if the drudgery continues, it will be a short experiment.
Matthew (ITFC)

Pardenfreude
If West Brom are taken down by a combination of Pulis and Pardew, would that be the most satisfying case of collective schadenfreude in football ever?

Only ‘Arry’s recent failures or Sherwood at Swindon come close in recent memory.
Chris (Sucks for players and fans but think of it as being for the greater good) Spurs

Kolasinac sliding out of Arsenal’s DMs
Words of wisdom from Graham Simons, let’s hope Mr Wenger reads his comments too. Am happy to contribute to a suitable banner from a light aircraft if he is not an avid reader, and others agree.
Bobgrizzly

Kolasinac’s touch is (relatively) poor, as are his passing numbers.  He coughs it up with bad passes far more than the average starter in a passing team like Arsenal, especially for a defensive midfielder.  This would lead to Arsenal losing the ball in dangerous positions, and our defense being exposed with too many men up the pitch, even more than already happens.

This is what’s wrong with your idea.