Home Manchester United Mails: Why tournament signings are to be avoided… 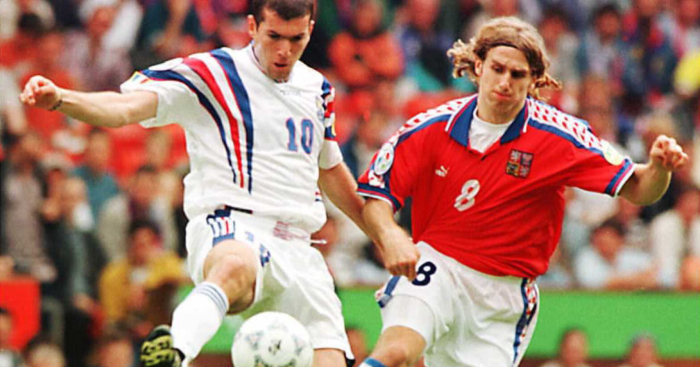 Come on, send your mails to theeditor@football365.com

Tournament signings
While I wouldn’t be against the idea of Mourinho signing up one or two of the top performers at the World Cup – I’ve been on the ‘Sign Harry Maguire Please Jose’ bandwagon for most of the season – there is a simple two-word response to the idea of snapping up players just because they’ve looked good in a major tournament – Karel Poborsky.
Bill Handley, Gloucester

England’s route to Moscow
Mediawatch rubbishing the idea that England have had an ‘easy’ route mirrors a lot of what I’ve read in what seems to be a turning tide in the argument. A week ago, everyone was saying “let’s lose v Belgium so we’ve got the easy half of the draw” and now everyone seems to be saying “there’s no such thing as an easy draw. This is how tournaments work!”.

Now, those two arguments are not necessarily mutually exclusive but it has to be said there is a bit of a changing attitude. For what it’s worth, England have been extraordinarily lucky but not because of the draw. The World Cup and every other tournament that is seeded is designed in a way that should mean the big teams avoid each other till the latter stages. What’s happened at this World Cup is that the supposed “big” teams have had an absolute balls up.

Everything going according to seedings England would have finished 2nd (as they did) and, I believe, England’s first three knockout games would have been something like Colombia, Germany, Argentina. That would not have been considered an easy draw for sure. They would then have played one of Spain, France, Brazil in the final. The fact that four out of six of those “big” teams have bottled it is the reason for this supposed lucky draw. That’s not England’s fault; however, you can’t deny that it’s an unlikely result. In most people’s expectations one or two of those six might have been knocked out early but not four. The odds were stacked against this happening and so it’s somewhat lucky that it did happen.

It’s not putting a downer on England’s performance so far to say they’ve benefited from the draw, it’s just stating a realistic opinion based on a realistic expectation. And if it wasn’t true, there wouldn’t be such a clamour to deny it.
Alex, Ayr

Why Sterling is special
In the past few mailboxes, people have given loads of thoughts on Sterling. People have pointed out in general terms that Sterling offers things to the team that the other players don’t. And on the other end, some mailboxers have pointed out that he misses a ton of chances. One person even said that Sterling is favoured by F365, and the proof is that if Henderson or Dier missed two one on ones with the goalie in a game they would get a much worse reception than Sterling has from F365.

I would love to see a game where Dier or Henderson get two one on ones with the goalie, let alone do so as consistently as Sterling. I mean imagine either player lining up in Sterling’s position chasing long balls and getting behind the defence for the entire match,  beating anyone on the dribble, or linking play.

The only other player who can do this to any sort of similar effect from the bench is Rashford. The same Rashford who barely started any matches this year for an inferior team to Sterling’s Man City. (before anyone says Vardy, yeah he is fast, but have you ever seen Vardy be effective in possession or beat anyone in a tight space?)
Nathan, Newark (Dier getting behind the defence twice in a match. Lol.)

Geography365
Can I please be the first of 427 to remind A surprisingly proud Englishman, London that India is actually in the continent of Asia.

Bryan Robson did not score the fastest goal in World Cup history (at that point) in 1982. He didn’t, he just didn’t.

Robson scored after 27 seconds against France in 1982. Vaclav Masek scored after 16 seconds for Czechoslovakia against Mexico in 1962. If you really want to push it Ernst Lehner scored after 26 seconds in the Germany v Austria local derby in 1934.

I remember Robson himself talking about this in a VHS I sent off for with tokens off the back of Smiths Square Crisps in late 80s, about how he didn’t know how this myth started. How it still persists now is proof that if you tell a lie often enough it eventually becomes true.
Micki ‘the iconoclast’ Attridge

World Cup means Brexit
The reason I don’t want them to win it, and it’s not the football team’s fault, is that the scumbags will say things along the lines of ‘if we can win the World Cup then we can win Brexit.’ It’s what it will be appropriated for that bugs me, not the fact I’m Scottish x
Finlay

Jordan Pickford’s brilliant career in quotes: ‘It was clear he was special’ (Planet Football)