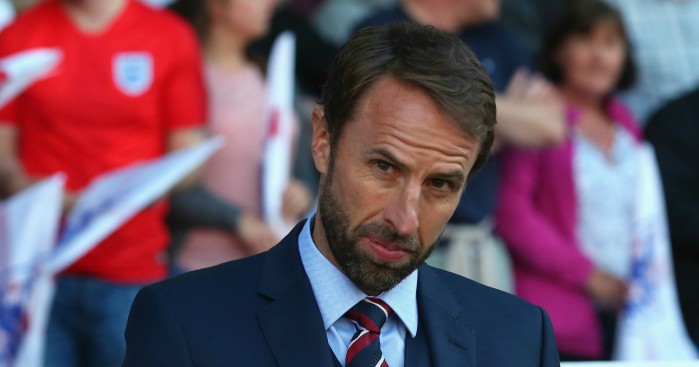 Southgategate
I can already hear the tabloid editors running to their desk, to start jumping all over Southgate’s mild rebuttal of their attempts to undermine England’s plans.

They’ll call it a swipe, or a broadside, and then one of their feature writers will probably write some ludicrous, overly sensitive “retort”, probably underplaying their impact, and deflecting any responsibility back onto Holland, and by proxy, Southgate.

This is a war that neither the players or the staff can win.

VAR Wars
I know we’re in a hot topic about VAR right now so I’ll just say this.

Brazil vs Costa Rica 0-0 at the 77th minute. Neymar the most expensive player (TM) having missed a few chances more or less decided to laughably fall down in the most spectacular fashion – to the despicable simple feather touch of Costa Rica defender (Watch the video it’s really funny).

Ref points to the spot. After more than an hour of hard work, Costa Rica was about to be undone by someone who fell down as convincing as a six year old. VAR is called into play, ref takes a good look and reverses the decision.

Moments like this – moments where a clear INJUSTICE was reversed – is the greatest joy in watching VAR at work. Yes VAR causes some slowdown in play, refs has and will continue to get things wrong, sometimes the VAR team slacks off and not notices somethings, and yes it can be misused and taken too far on occasion.

But when VAR works in clear moment to reverse something so glaringly obviously missed and incorrect, it’s a thing of beauty. Reading F365’s article of past World Cup moments where it would not have passed further convinced me why it’s a great tool to help referees make decisions.

Finally Costa Rica did fell in the 90th minute but it was because Brazil scored a proper goal to earn the win as opposed to because someone wanted to act like a child in frustration. Welcome to the 21st century football, it’s about time.
Yaru, Malaysia

Brazil nuts
Wow, can’t ever recall being anti-Brazil but my goodness, Neymar has made me hate them. Should not have been on the pitch from the number of dives and fouls. Absolute disgrace of a footballer this evening and I very much hope Brazil lose 9-1 to Germany in the next round.

Embarrassing from a player who should be tearing it up properly.
Gareth Hemmings

On Raheem…
Raheem Sterling in the Players Tribune…

“When I was two years old, my father was murdered. That shaped my entire life.”

“If people want to write about my mum’s bathroom in her house, all I have to tell you is that 15 years ago, we were cleaning toilets in Stonebridge and getting breakfast out of the vending machine. If anybody deserves to be happy, it’s my mum. She came to this country with nothing and put herself through school cleaning bathrooms and changing bed sheets, and now she’s the director of a nursing home.

And her son plays for England.”

What a story, what an article. Superb. If you haven’t read it read it.
Micki Attridge

…Am I the only one that is fed up of reading about Raheem Sterling – written either by those desperately out to get him or those trying desperately to defend him (F365 included)?

I’ve only been prompted to write because, again, I’m being strongly urged to read about Raheem’s past and his family cleaning toilets and, to be honest, I don’t care too much. Why? Because there are plenty of families – my own included – who had difficult and troubled times growing up. This doesn’t garner sympathy with me and I have no ill will towards him, even as a Liverpool fan. But I am annoyed at Raheem, and others, feeding the fuel of his press haters and giving us more tedium to read when more stories are plastered around our favourite footy websites about anything other than football or something actually important related to the game.

Sterling has a good season for City. He has had a poor time of it for a while for England. The only thing I want to read about Sterling is his excellent performances for England and, sadly, he is falling well below the bar in this respect. As such, he should just get his head down and try and sort this out on the pitch instead of feeding sob stories to the media in response to, admittedly, what is often unfair criticism about his private life. Most people don’t care, just get on with your football and do your best to make us proud. That’s the only way to turn this around because the press will never change.
Jay, LFC.

I didn’t read Thursday afternoon’s mailbox because I figured I could go the day without reading any misogynistic bullshit.

So here’s a big THANK YOU to all the boys who wrote in this morning to fight one of my battles. I’m truly appreciative. It’s men like you that make it easier to be a woman.

I had goosebumps reading Luke Nuckley’s in particular.

Have a great weekend everyone!
Joyce

Second’s out
Now I’ve only played football to a semi-serious level (Juniors in Scotland for those asking – mon the Vics!) and have never played where there was prize money involved so I may not be the most qualified to comment here, but I’m going to anyway.

Dave Tickner’s Big Weekend had a piece on the Belgians scoring too many against Panama and so, recklessly, making themselves favourite to win the group and face Germany in the 1/4 finals. This has been mentioned a few times about England wanting to finish 2nd and seems to be a widely held view that teams think about this. It’s absolute bollocks though.

I’ve never once been part of a team-talk where we’ve discussed anything other than the game at hand. I’ve never once read / heard a manager saying that they’ll take the foot off the gas. The only time it comes up is if a journo asks a question and a manager might respond with something slightly coy but even then they usually qualify it (“well, we’d like to avoid Germany but you’ve got to play each game as it comes”).

The main reason I don’t think it even comes in to people’s heads though, is because it’s incredibly hard to get your game up, then lower it, then get it back up again. I’d rather be flying in to every game and taking that confidence and belief with me to the next game; rather than worrying about whether we have a tough game in a week’s time. Confidence plays a huge part in football and the confidence from spanking everyone will take a team further than playing within themselves and avoiding a tough opponent.

Anyway, you need to beat the best to be the best. Is it really worth it if you get to another round just to get your arse handed to you a stage later anyway?
Alex, Ayr

Analogue stick
Daniel Storey, “analogue” in this instance refers to a signal that is infinitely variable rather than existing in only one of two, directly opposite, “digital”, states. For people who know what the difference is, “analogue” is infinitely preferable and the erroneously unflattering comparison indicative of someone using words or concept that they don’t really understand to sound ‘clever’. Inherent FAIL ahoy.

What you mean is that he’s making a sow’s ear out of a silk purse and I wouldn’t disagree but say it in words you understand otherwise grumpy pedants who understand the words you don’t will waste their employer’s time and money saying unnecessarily sniffy things on the internet.

For those who don’t know but would like to, digital signals are easier to keep clean and quicker, easier and therefore crucially cheaper to transmit meaning that you can mitigate the lack of quality. To a certain extent. I’m sure someone more qualified, more grumpy and more pedantic will correct me in turn but I’m happy to learn so it’s all good.
Jim

Young Jack
In a world where children are being locked in cages and where Mark Lawrenson is still allowed to do co-commentary, the most depressing thing in the world is realising that “Jack, 17” is now “Jack, 24”.

Where do our lives go, they grow up so fast etc.
Jonny, MUFC