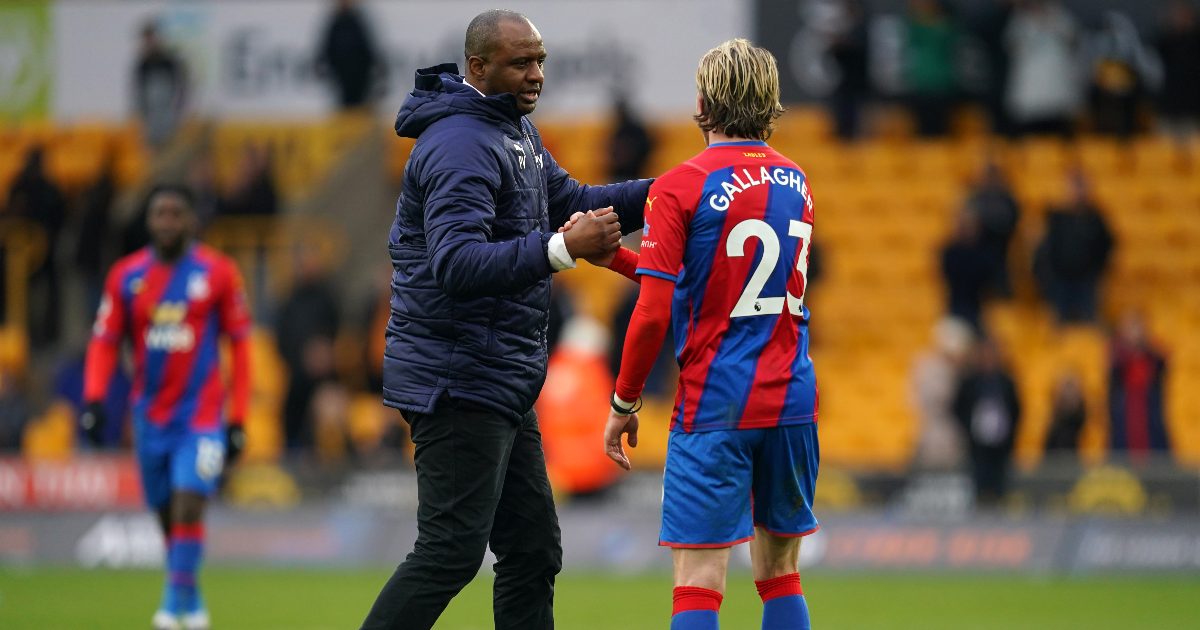 Patrick Vieira has insisted that Conor Gallagher is “focused” on Crystal Palace amid the ongoing uncertainty surrounding his parent club Chelsea.

On Thursday it was revealed that Chelsea owner Roman Abramovich had been sanctioned by the UK government.

Chelsea midfielder Gallagher is under contract until 2025. He is on loan at Crystal Palace until the summer.

Chelsea count the cost as government turns the screw on Abramovich

And boss Vieira says he has not even spoken to the 21-year-old about the situation facing his parent club.

Vieira said: “We didn’t talk about it at all.

“His focus is to finish the season well and finish as well as he started, this is the main concern.

“We spoke this morning about the tactical approach and the game we have on Monday (against Manchester City).

“We always say we will sit down at the end of the season with Chelsea and Conor and (see) what will be next.

“But we know we have him for a year then he goes back to Chelsea.”

Former Arsenal midfielder Vieira declined to talk about what impact the sanctions imposed on Abramovich might have for Chelsea.

He added: “What the consequences are I don’t know for Chelsea. It’s something I don’t want to go into too much detail about.”