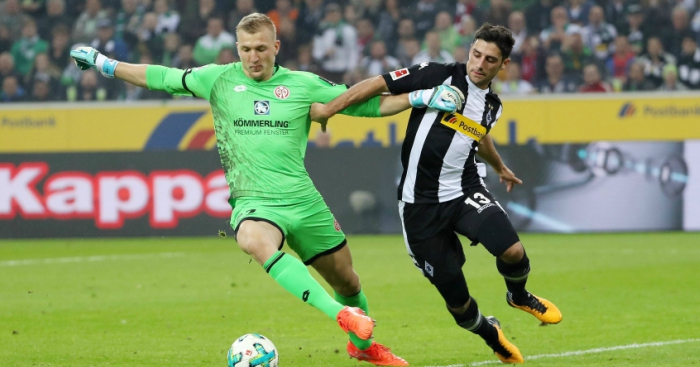 Robin Zentner has explained how he mistook the penalty spot for the ball during Mainz’s draw with Monchengladbach on Saturday.

Mainz held Gladbach to a 1-1 draw to lift themselves four points above the Bundesliga relegation zone in 13th.

Sandro Schwarz’s side took the lead in the first half before being pegged back in the second, but it was almost even worse for keeper Zentner.

The 23-year-old suffered embarrassment when he mistook the penalty spot for the ball, only realising his attempt when he attempted a pass and kicked thin air.

“The ball was passed back to me with a bit of backspin. In the corner of my eye I could see something white and I thought it was the ball,” he said.

“But it was the penalty spot and the ball was somewhere else. I went to play a pass into the centre to Jean Gbamin, but I didn’t make contact with the ball and then realised it wasn’t even there.”