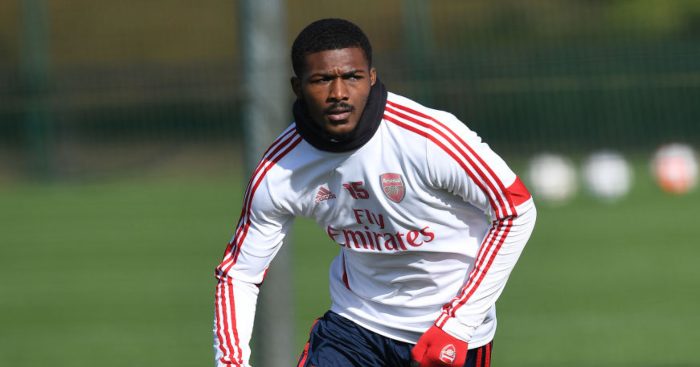 Arsenal defender Ainsley Maitland-Niles has fallen out of favour with Mikel Arteta after failing to meet his high standards, according to reports.

That comes after Matteo Guendouzi was dropped from the Gunners’ matchday squad earlier in the season when he was reportedly involved in a ‘heated row’ with Arteta after the Spanish boss was left ‘unimpressed with Guendouzi’s attitude and body language in Dubai, leading to their angry exchange’.

And now The Athletic (via the Daily Mail) claims that Maitland-Niles has turned up to Arsenal training late on several occasions under Arteta with the new head coach frustrated at the right-back’s failure to match his standards.

OPINION: 1-0 to the Arsenal…and that really should be celebrated

The Englishman has barely featured since January with only a handful of substitute appearances under his belt with his last appearance coming as a substitute against Portsmouth in the FA Cup.

Speaking recently on why Maitland-Niles had been left out so much, Arteta said: “Ainsley needs to put his head down and work hard.

“Show me every day in training that he wants it more than anyone else, he wants to play for this club and fight for his place.”