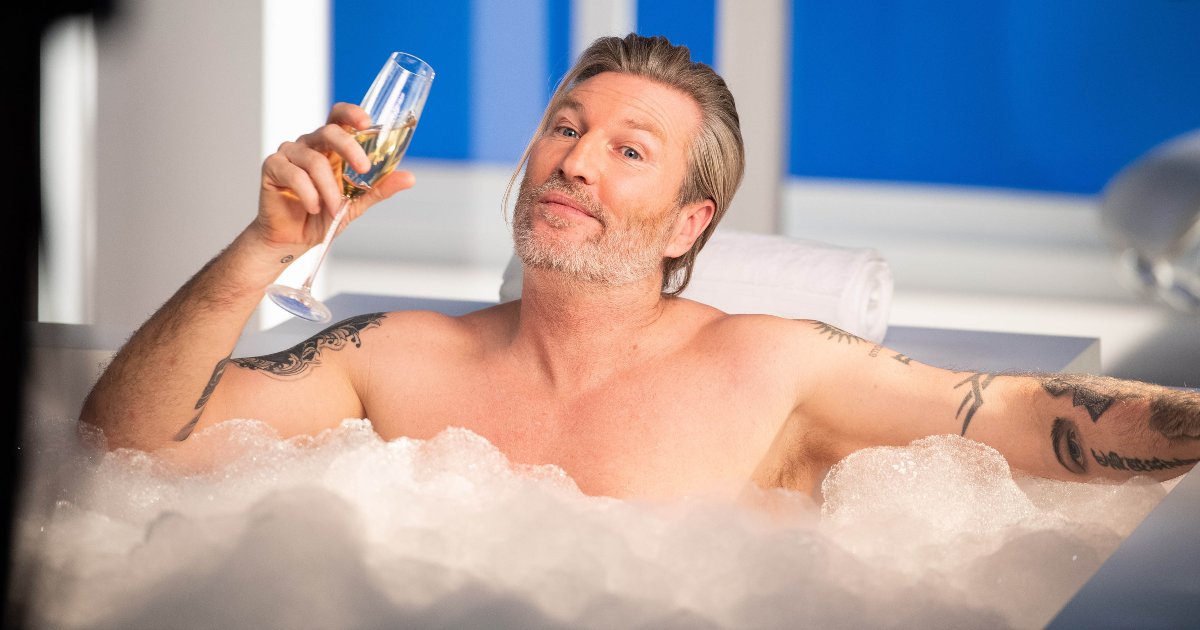 Why Robbie Savage: Making Macclesfield FC is hands down the best thing to have graced our screens this year.

The trouble with excellent things is that everything that comes after them is just a bit shit. It’s why Manchester United fans can’t remember winning the league in 99/00. Why nobody cares about Noel Gallagher’s High Flying Birds, or Beardy Eye, or whatever. And why the past 15 years of Ricky Gervais’ shows have been almost as torturous as watching Ricky Gervais do his drunk bloke at a funeral act, spaffing off in front of A-Listers about how he never liked them anyway. Such a shame, because it all used to be so wonderful.

So nice, then, of the BBC to mark the 20th anniversary of The Office in the best possible way: reincarnating its protagonist in all his former glory in Robbie Savage’s new mockumentary, Making Macclesfield FC.

First, some context. The show is built around – or built for, perhaps – the premise of the laudable rescue of the recently folded Macclesfield Town, by local businessman and Savage’s pal, Rob Smethurst. Charting his first year at the helm, it purports to chronicle the challenges involved in bringing a historic football club back into existence, and the importance of this to the local community. And it does, sort of. In the same way that the merger of the Swindon and Slough branches of Wernham Hogg is definitely something that happened.

Because really, what it is all about (and the clue is in the title), is the man himself: ‘Sav’, as you suspect he likes to introduce himself. And, spoiler alert: it turns out that ‘Sav’ might not be the urbane, articulate, Renaissance Man that he would have you believe, but may actually be a barely tolerable windbag whose prime means of communication is terrible banter.

So great. But what really makes the show actually brilliant is the balance provided by some of the genuine characters affiliated with the club. Not in the way of Peter ‘Bandy’ Band, described as “a character for sure” over footage of him committing the simply mental act of raising his arms above his head, in a scene strikingly reminiscent of those England players lifting the loser of rock-paper-scissors in the air, the mad-heads. Not that sort of character, but the actual human people for whom following the Silkmen is a cornerstone of their lives.

There is Harry, a 17-year-old with autism and an encyclopaedic knowledge of all things Macc, whose mother passed away a few years ago, and who found in the club a source of connection through extremely tough times. There is his dad, whose honesty when speaking of how the club helped them, providing respite by taking his son for matchdays, illustrates perfectly how these institutions really are more than just football clubs. Then there’s 93-year-old Ken, rewarded for over 80 years of support by being the first to have a drink in the newly renovated bar. And groundsman Jimbo with his wonderful grin, another whose personal hardships have been alleviated by those at Moss Rose.

Lovely, wholesome, heart-warming stuff. Objective good being done for the lives of thousands of people. For a moment, the cynicism subsides. The feeling grows that the world might not be such a terrible place, after all. But ‘Sav’ is never far from the action.

In fact, he is all-too-present. Approaching the office of ‘Director of Football’ with all the sobriety of Timmy Mallett, you simply can’t keep him away.

There he is in the dressing-room ahead of their first game, telling a team of terrified new signings to think of the people whose jobs are resting on their performance. There he is again at numerous half-times, giving what could pass for a team talk, if only it included slightly more than incoherent noises, punctuated by him essentially telling the players the score. And again, on the pitch, trying to defuse a dust-up, and quite rightly being told to do one by the opposition. And then again, breaking up some fairly brutal-looking crowd trouble. In fairness to him, this does actually appear to be a success; it is certainly couched that way. But the notion that the sight of Robbie Savage’s face is going to calm scores of angry, drunk men does seem utterly insane.

It doesn’t really matter. We’re not in it for the truth of things. And just as well, really. As early as the sixth minute of the show, ‘Sav’ deals with the slanderous accusation that this endeavour is some kind of Robbie Savage vanity project, dismissing it with the words, “it’s not about me at all”. Well, it absolutely is. 100%. But if that is what it takes to make a worthwhile venture such as this commercially feasible, then fair enough.

And more than that, having Brent back is worth its weight in gold. Roll on the Christmas special. A fiver says he gets his guitar out.