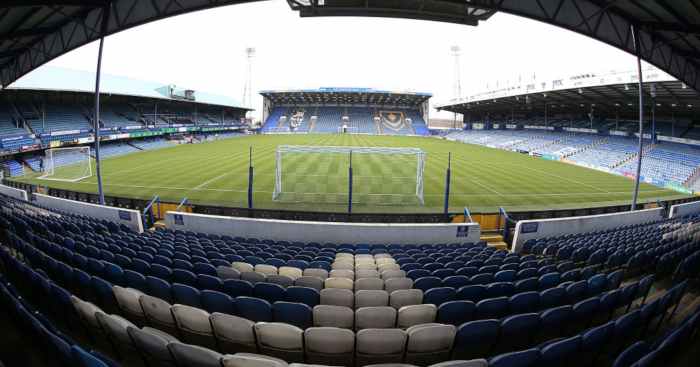 A man has been arrested after threats to kill spectators at Thursday night’s League One play-off clash between Portsmouth and Sunderland were made on social media.

The 22-year-old from Northallerton was detained by police during the early hours of Thursday morning in connection with a series of Twitter posts which referred to the Manchester Arena bombing.

A Hampshire Police statement said: “A man was arrested overnight after threats were put out on social media about tonight’s Portsmouth v Sunderland game at Fratton Park.

“The 22-year-old man, from Northallerton, was arrested in the early hours of this morning on suspicion of making threats to kill. He currently remains in custody.

“We continue to work with Portsmouth FC and can assure the public that a sufficient policing response will be in place for tonight’s match.”

The accounts from which the tweets were posted has since been deleted.

It was followed by: “Bomb bomb fratton park went bang the Portsmouth fans all died Haha going to be fun tomorrow headline news.”

Fans travelling to the game have been advised to turn up earlier than normal with additional security measures in place as a result of the threats.

A club statement said: “Portsmouth Football Club are aware of a message that has been posted on social media and are working with police on this matter.

“The club would like to reassure fans that there will be enhanced security checks in place for Thursday’s play-off match against Sunderland at Fratton Park (7.45pm kick-off).

“Due to these checks, all supporters with tickets are advised to arrive in plenty of time to make sure they are inside the stadium for the start of the game.”

Sunderland take a 1-0 lead into the second leg of the semi-final with either Charlton or Doncaster, who meet at the Valley on Friday evening, awaiting the winners at Wembley.