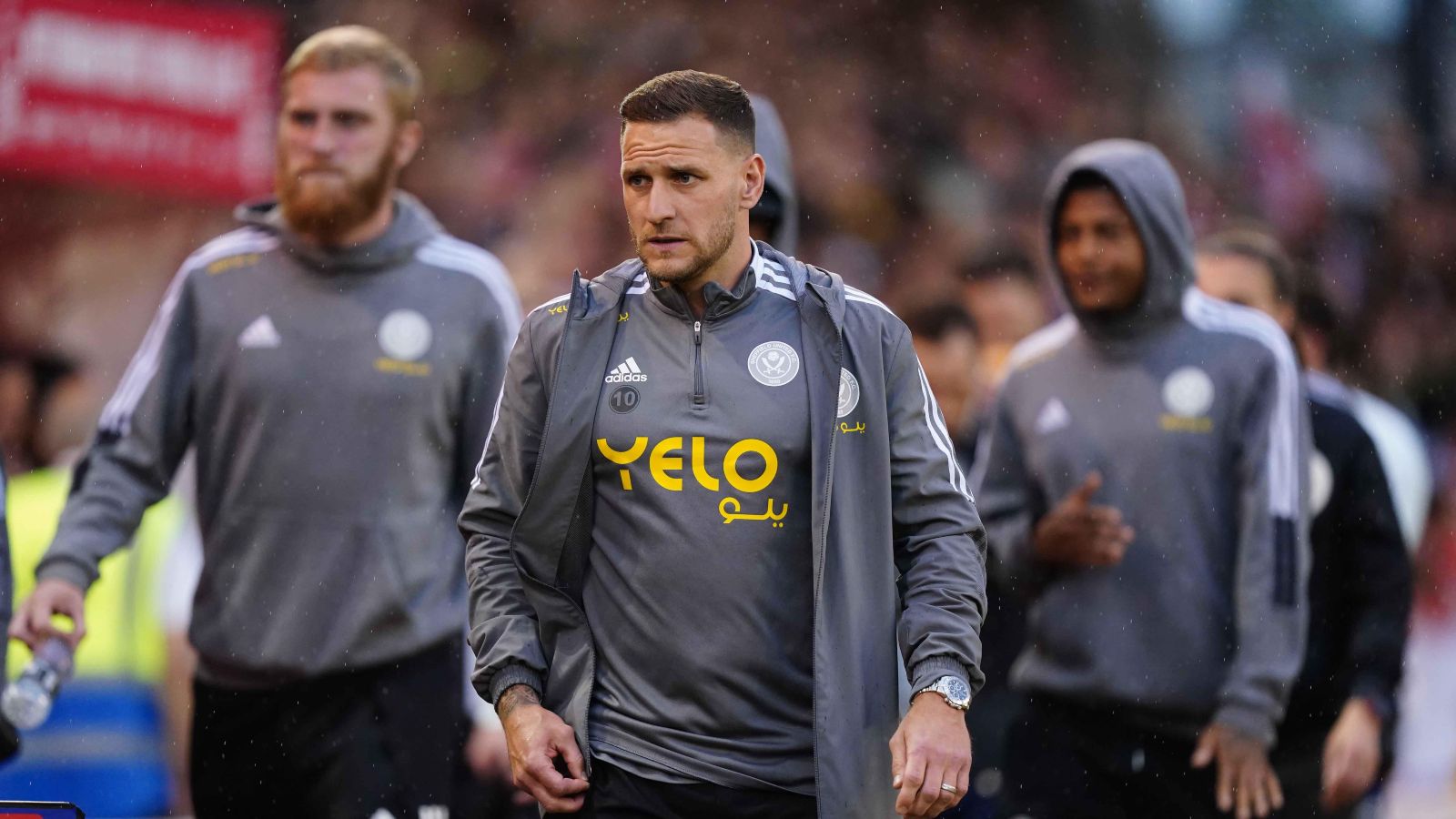 Robert Biggs, of Derbyshire, has been charged with assault occasioning actual bodily harm and going on to the playing area at a football match, Nottinghamshire Police said.

Sharp was knocked to the ground near the touchline at the City Ground at the end of the Championship play-off semi-final against Nottingham Forest on Tuesday.

Assistant Chief Constable Rob Griffin, of Nottinghamshire Police, said: “I am pleased we have now charged a suspect in connection with this assault. This is a result of hard work done throughout the night and today involving numerous police departments.

“We continue to work closely with both football clubs who are supporting our investigation following this incident.

“Cases such as this will hopefully serve as a deterrent to anyone thinking of getting involved in violent disorder at football matches. Incidents are treated extremely seriously by the force and football clubs and people involved will be held to account.”

Just to confirm that this is a totally innocent Forest Fan who was unfortunate enough to have his image shared due to wearing a yellow shirt and having a shaven head. Thank you to all of those who shared the clip with good intentions but this male has NOTHING to answer. Thank you pic.twitter.com/z1uNOceoBc

Biggs is being kept in custody and is due to appear at Nottingham Magistrates’ Court on Thursday.

Forest won the match 5-4 on penalties after a 3-3 aggregate draw.

Sharp had not been playing due to injury but was stood on the touchline as supporters invaded the field after the shoot-out.