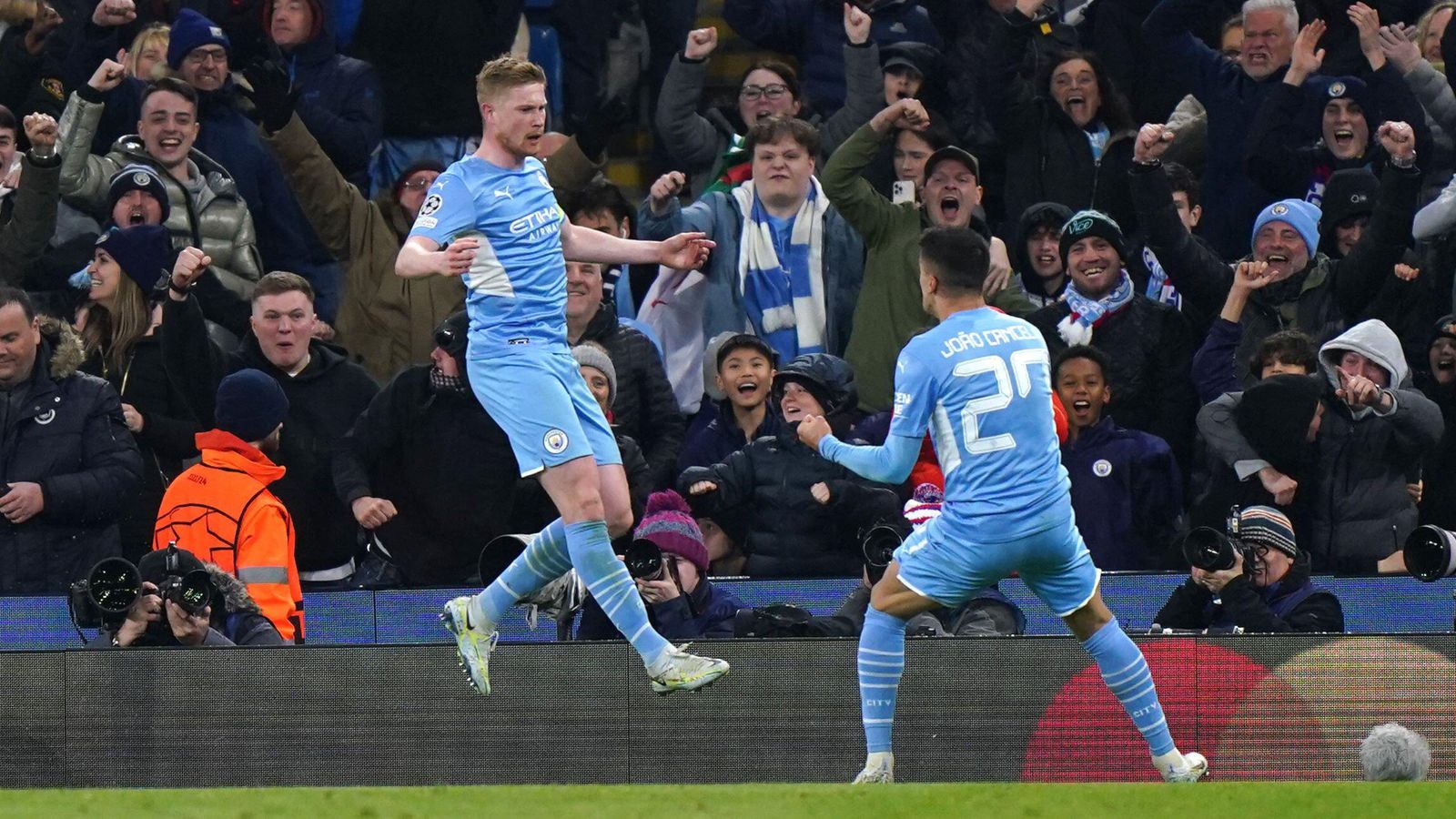 Phil Foden came off the bench to set up De Bruyne’s winner. The Belgian international scored from a tight angle in the 70th minute.

Man City dominated possession but Atletico Madrid were able to frustrate the hosts for large portions of the game.

Yet the introduction of Foden as part of a triple substitution by Pep Guardiola in the 68th minute paid almost immediate dividends.

Within moments he had slipped in De Bruyne with a delicate through ball and he finished firmly to put Man City in control heading into next week’s second leg in the Spanish capital.

Atletico boss Diego Simeone had promised Atletico would play their usual cagey game and he was as good as his word, forcing City to play patiently.

The first half was played at a slow tempo with City controlling most of the ball but, despite having all their outfield players in the final third at times, being unable to create openings.

De Bruyne and Joao Cancelo both had efforts deflected wide and Aymeric Laporte missed the target with a header.

Raheem Sterling felt he should have had a free-kick on the left edge of the area after a good run and Bernardo Silva went down in the box moments later but nothing was given.

Ilkay Gundogan shot well over and Rodri had a long-range effort blocked before De Bruyne had a penalty appeal turned down and John Stones also missed.

Yet still City were not greatly threatening and it was not until the second half they tried to inject more pace into their play.

This did open the game up slightly and Atletico almost capitalised with a couple of breaks from deep. Antoine Griezmann wasted one opening with a poor pass and Marcos Llorente chipped tamely at Ederson from another.

Yet it was a move that paid off as City began to threaten more. Gundogan had an effort deflected wide and City’s first serious chance came when De Bruyne forced Jan Oblak to save a low free-kick. Laporte then went close when he headed over from a corner.

City appealed for another penalty for a push by Reinildo on Sterling as he attempted to latch onto a De Bruyne through ball but referee Istvan Kovacs was not interested.

That proved Sterling’s final involvement as Guardiola took him off in the move that changed the game.

His decision paid off as Foden, who came on alongside Jack Grealish and Gabriel Jesus, teed up De Bruyne.

De Bruyne was quick to latch onto the opportunity and drilled a low shot past Oblak.

Foden created another chance for De Bruyne soon after following a tricky run to the byline but this time Atletico had enough players back to block.

Atletico then became the frustrated side and the game became scrappy and niggly before finally ending after several stoppages.