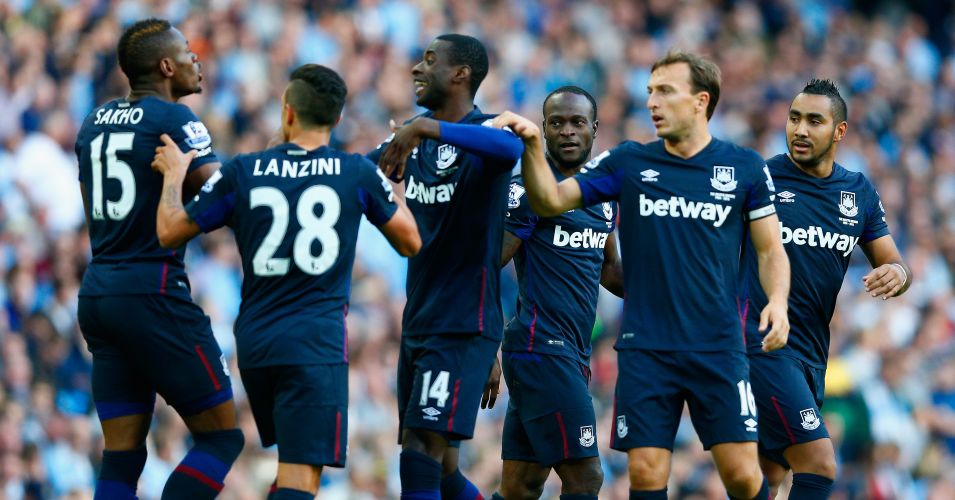 Manchester City have almost definitely been plunged into crisis after losing 2-1 against West Ham.

The Hammers reprised their role as the most bizarre side in the Premier League this season by inflicting upon the leaders their first defeat of the season through goals from Victor Moses and Diafra Sakho.

A consolation strike from Kevin De Bruyne on his full debut could not quite rescue City’s unbeaten record, meaning West Ham have now defeated Arsenal, Liverpool and Manchester City in their first three away games of this campaign, scoring seven goals and conceding just one in the process.

Victory leaves Slaven Bilic’s side on 12 points from six games, just three behind City, for whom a second defeat in a week leaves them plunged deep into crisis mode.

Manuel Pellegrini’s day started badly as playmaker David Silva was injured in the warm-up and had to be replaced by Jesus Navas.

City had an early chance when Adrian punched away a Fernandinho header from a De Bruyne corner but any hopes the hosts had of taking charge were quickly dashed as the defence was caught out.

Pellegrini had been forced to change his back four for the first time this season because of injury to captain Vincent Kompany and the reshaped rearguard afforded Moses too much space.

The on-loan Chelsea forward raced towards the area and unleashed a fierce low shot from distance to claim his first goal for the club.

City were laboured in response with their only bright sparks coming from De Bruyne, and his pass almost led to an equaliser as an Aaron Cresswell interception fell to Sergio Aguero.

Aguero seized possession and jinked around Adrian but the Argentinean screwed his shot wide.

The Hammers doubled their lead after more poor defending at a corner just after the half hour. City missed opportunities to clear as Winston Reid nodded down and Pedro Obiang tapped the ball back across goal. Sakho reacted the quickest to stab home from close range.

Sakho might have had another after racing onto a Dimitri Payet ball but Eliaquim Mangala made a vital tackle.

City showed some signs of life with Navas teeing up Aguero but Adrian saved from close range.

They replied just before the interval as Aguero laid off for De Bruyne and the £54million man drove the ball low into the bottom corner from the edge of the box.

City won a series of corners as they upped the pressure after the break and Yaya Toure had three chances to claim an equaliser in quick succession. The Ivorian was first crowded out after combining well with Raheem Sterling, then forced Adrian to save and then shot across goal.

Adrian also denied Aguero and Navas and then did well to cut out a Sterling pass across the box after more good work by De Bruyne. Toure had another effort deflected wide and Aleksandar Kolarov had a penalty appeal turned down after tangling with Sakho.

City threw forwards Wilfried Bony and Kelechi Iehanacho on during the second half and continued to press, with Otamendi testing Adrian with a header from a corner.

But it proved to no avail as the Hammers held on to blow apart City’s 100 per cent record.