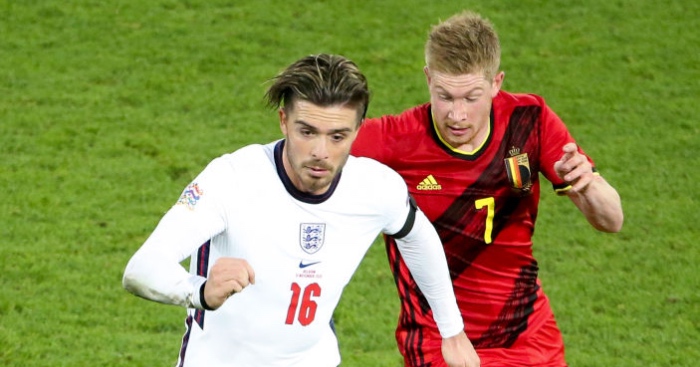 Guardiola has committed his future to the club after signing a new contract and is said to be drawing up a list of transfer targets to strengthen his City squad.

Grealish has impressed for both Villa and England this season and is highly regarded by Guardiola and the City hierarchy, reports The Independent.

And the Belgian is said to be keen to play alongside the Villa playmaker in a new look City midfield.

Grealish was thought to be available for around £80million in the summer with interested parties Tottenham and Manchester United reportedly put off by the high fee.

Having signed a new contract in September – set to run until the summer of 2025 – Villa will now reportedly demand over £100million for their academy product.