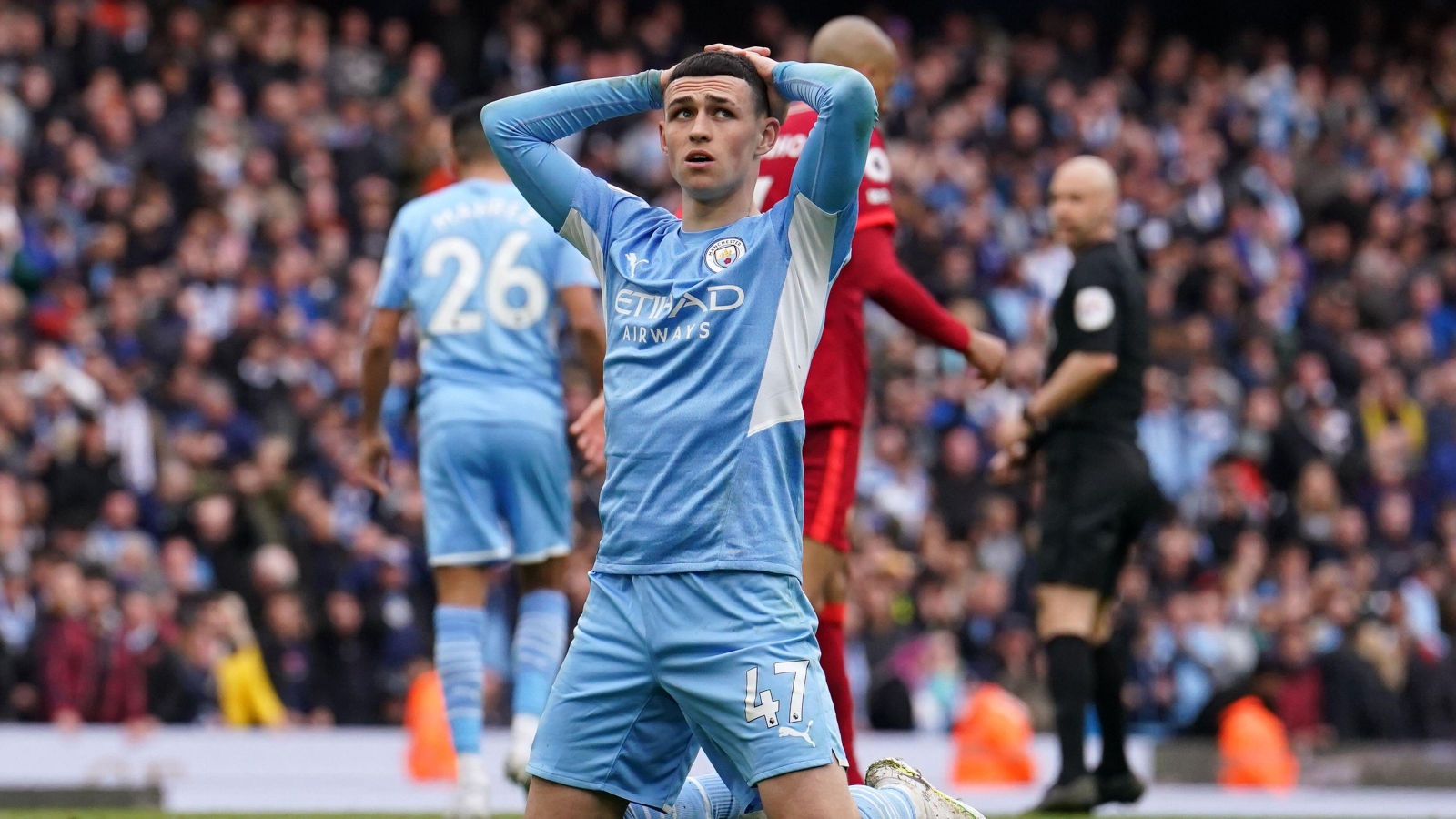 Man City and Liverpool played out a terrific 2-2 draw in the Premier League to leave Jurgen Klopp’s side one point behind their rivals.

Kevin De Bruyne fired the champions into a fifth-minute lead at the Etihad Stadium but Diogo Jota levelled eight minutes later for the second-placed Reds.

Gabriel Jesus restored City’s advantage before the break but Sadio Mane marked his 30th birthday with a second equaliser for Klopp’s men.

Raheem Sterling thought he had put Man City ahead for a third time against his former club but VAR ruled against him in a tight offside decision and substitute Riyad Mahrez hit the post late on.

The much-hyped contest lived up to expectations with the game starting at a ferocious pace and hardly relenting.

Man City were the first to hit their stride with Jesus teeing up Sterling for a glorious chance inside the opening minutes after a De Bruyne break.

Sterling seemed certain to score but Alisson Becker came out to meet him and block his shot.

City did not dwell on the miss for long as De Bruyne fired them ahead just moments later.

The Belgian swerved away from a challenge outside the area and struck a fierce shot that deflected off Joel Matip and crashed in off the post.

Liverpool had seen little of the ball up until this point but their response was swift as they carved out an instant equaliser.

The Reds built patiently and Mohamed Salah spread play wide to Andrew Robertson. The Scot picked out Trent Alexander-Arnold with a deep cross to the far post and the right-back’s first-time lay-off was clinically side-footed home by Jota.

City looked to hit back quickly as Jesus tested Alisson and Rodri had an effort deflected over.

City goalkeeper Ederson then gave the home fans a scare when he stumbled attempting to clear a backpass but he scrambled back to sweep off the line with Jota lurking.

The hosts had another opportunity as Rodri headed across goal from a free-kick but John Stones was unable to apply a finishing touch. De Bruyne and Joao Cancelo also had efforts deflected wide but Jesus did restore City’s lead in the 36th minute.

The Brazilian got behind the Liverpool defence as Cancelo whipped in a cross and guided a shot past Alisson and in off the bar. Sterling could have added a third soon after but failed to make contact with a Phil Foden cross.

Jota spurned a chance to equalise just before the break when he took too long to shoot and was dispossessed by Aymeric Laporte but Mane was more decisive after the restart.

Just 47 seconds of the second half had elapsed when Salah played in his fellow forward and Mane made no mistake.

Salah then almost teed up Jota for another but Ederson saved.

The advantage seemed to swing back City’s way just after the hour when Sterling raced through to calmly slot home but his celebrations were cut short when VAR ruled him narrowly offside.

The atmosphere was tense and ratcheted up a notch when referee Anthony Taylor failed to award Liverpool a corner despite a Salah shot taking a deflection off a City defender.

City then almost rubbed salt into the wound as Jesus lashed a shot into the side-netting.

Both sides pushed until the end and Mahrez almost snatched victory when his long-range free-kick clipped the outside of the post. The Algerian had another chance injury time but his attempted chip flew over.