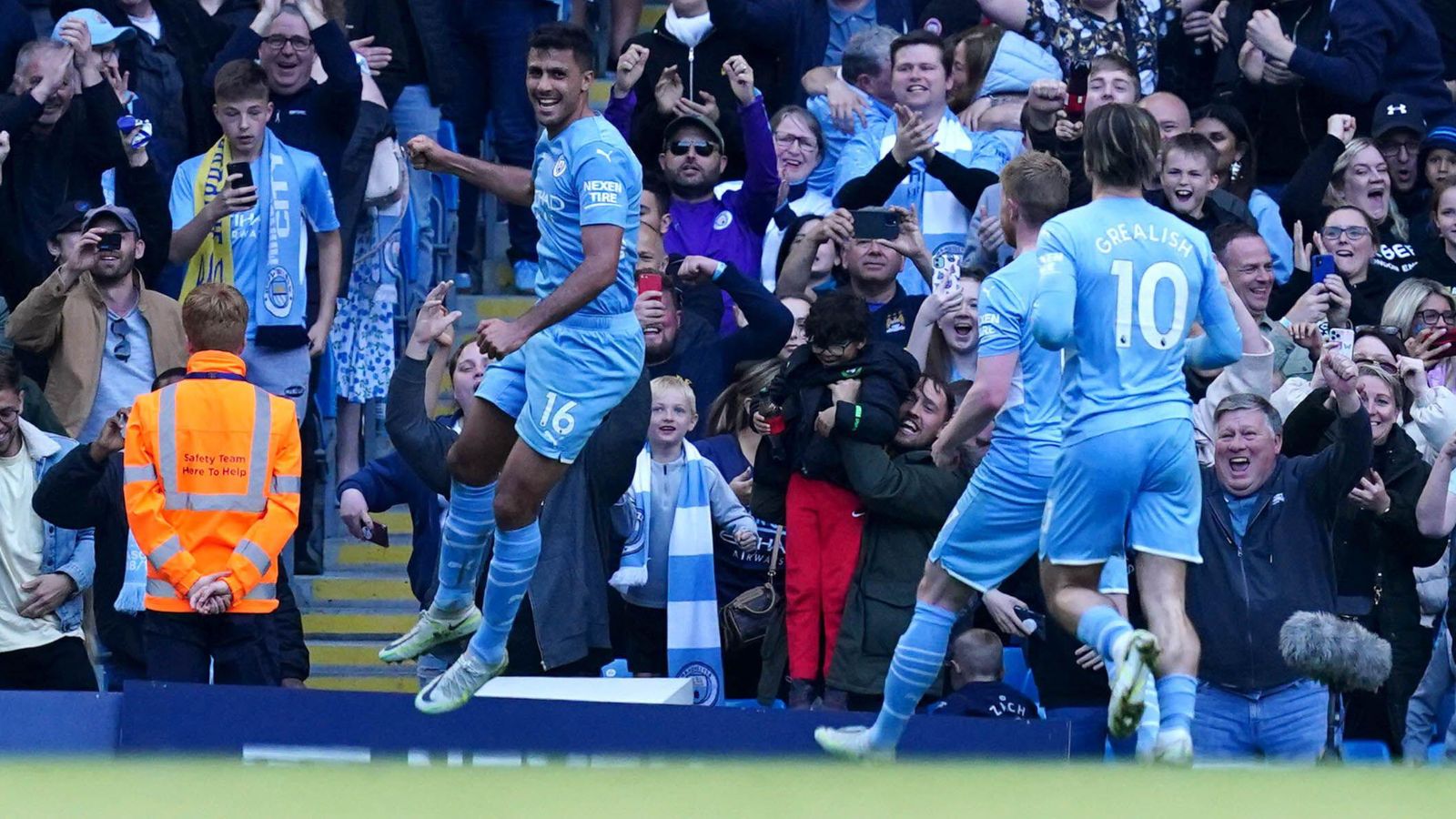 Man City recovered from their Champions League exit in midweek to pick up three points against Newcastle United at the Etihad.

The manner of their performance was as impressive on the back of their heartbreaking Champions League exit in midweek at the hands of Real Madrid.

Many had wondered how Pep Guardiola would rouse his squad after that devastating loss but Liverpool’s failure to beat Tottenham on Saturday probably did his job for him.

With a chance to give themselves more breathing space, Man City looked vibrant from the outset.

Initially Newcastle met their fire with their own in a frantic opening and the visitors should have taken an early lead.

Chris Wood had a glorious opportunity as he was picked out unmarked by Alain Saint-Maximin but he headed tamely at Ederson.

A goal then might have set nerves jangling but City responded well with Aymeric Laporte and Cancelo both going close.

The hosts then claimed the lead in the 19th minute after a fine piece of vision from Ilkay Gundogan.

The German, who brought a calming influence after a hectic start, clipped a fine ball across the box to pick out Cancelo at the far post. Cancelo showed great awareness himself to head back across goal and Sterling dived in to head home.

Only 5ft 10' Diogo Jota (4) has scored more headed goals than 5ft 7' Raheem Sterling (3) in the Premier League this season.

City had a moment of alarm soon after when Joelinton scrambled the ball into the net following a corner but it was disallowed for offside.

The second goal came following a corner seven minutes before the break. Martin Dubravka failed to hold Gundogan’s volley from the edge of the area and, although the keeper reacted quickly to deny Ruben Dias on the rebound, he could not prevent Laporte tucking in.

With that City appeared to break the spirit of Newcastle and the home side took firm control of the game with a third just after the hour.

It came from a corner as Rodri found space at the near post to head home Kevin De Bruyne’s cross.

The crowd celebrated what seemed a significant goal in the title race and City appeared hungry for more as Zinchenko forced a fine save from Dubravka.

With the job done, City eased off with their midweek trip to Wolves in mind.

There was little to alarm them until Newcastle belatedly showed some spark in the closing minutes.

Callum Wilson, returning from injury, came off the bench to test Ederson and Saint-Maximin also had a chance.

That only served to fire up City more and Foden made it 4-0 in the last minute before Sterling completed the rout in injury time.