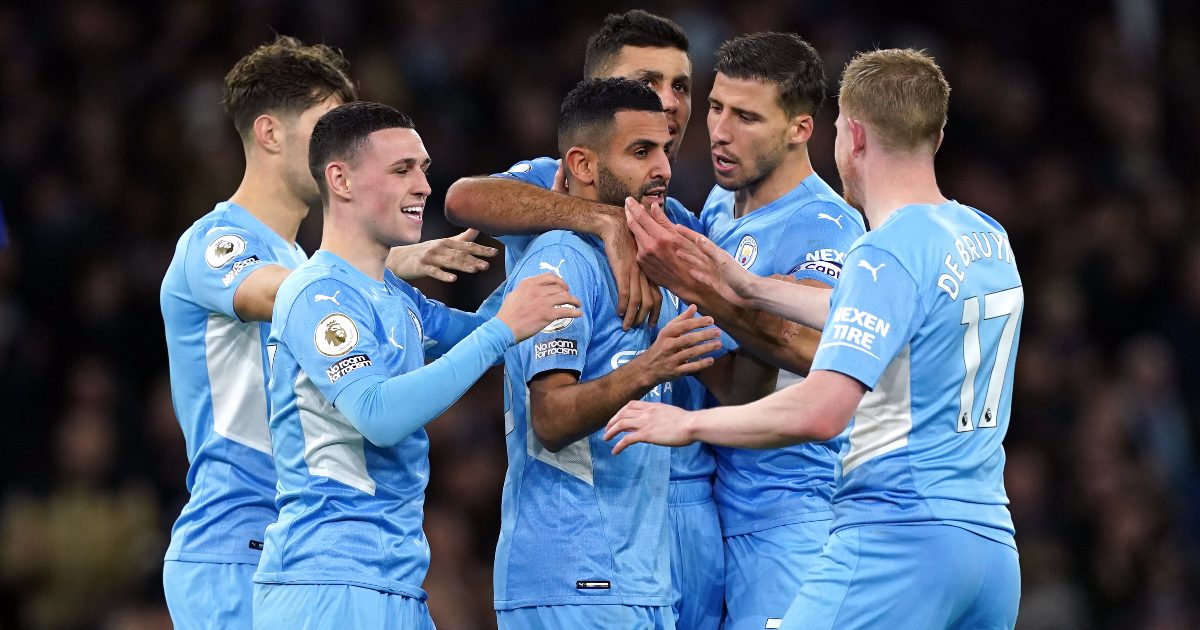 Man City demolished Leeds United as they scored seven past Marcelo Bielsa’s side to move four points clear at the top of the league.

Man City scored their 500th Premier League goal under Pep Guardiola against Leeds. It took them only 207 games to reach this tally.

More importantly for Guardiola, it was a seventh successive victory that extended City’s lead at the top of the table to four points, applying pressure to rivals Liverpool and Chelsea ahead of their games on Thursday.

Man City were as ruthless as the scoreline suggests, completely overpowering Leeds in all departments.

Guardiola had warned that Leeds’ high-tempo style would need to be countered and City did this by tearing into the visitors from the outset.

With Rodri producing one of his best performances in a City shirt, a rampaging display reminiscent of Yaya Toure, the hosts attacked at will and with great fluidity.

The tone was set as Grealish powered through the defence to test Illan Meslier in the opening minutes and, from then to the end, City were absolutely relentless.

Guardiola had also predicted the game would be far different from Saturday’s hard-earned 1-0 win over a defensive-minded Wolves and so it proved as City racked up the chances with remarkable frequency.

Leeds had a let-off as the in-form Bernardo Silva put a gilt-edged chance wide but the reprieve was short-lived as Foden opened the scoring on eight minutes.

Rodri powered into the box after combining with Foden but Meslier managed to block. The ball rebounded as far as Foden and the England midfielder expertly guided it into the net.

That strike brought up City’s impressive landmark under Guardiola but they were in no mood for stopping there.

Another followed just five minutes later after a De Bruyne shot was deflected for a corner. Leeds half-cleared the Belgian’s cross from the set-piece but Mahrez sent a curling ball back into the box and Grealish headed past Meslier.

Out of nothing, Leeds had a penalty appeal for handball against Oleksandr Zinchenko checked by VAR but nothing was given and normal service soon resumed.

De Bruyne, back to his best after a recent spell out with Covid-19, had an effort saved by Meslier but then made no mistake as he raced onto a Rodri ball to thump in the third on 32 minutes.

He fizzed another shot over soon after and Foden also shot narrowly wide.

City’s fourth came four minutes into the second half when Mahrez’s shot was deflected in off Junior Firpo.

Leeds threatened briefly and Stuart Dallas hit the post but substitute Ilkay Gundogan was inches away from adding another for City as he volleyed wide and Foden was denied by an offside flag.

The fifth came soon after in emphatic fashion from De Bruyne as the midfielder unleashed a ferocious drive from outside the box that flew into the roof of the net.

Stones made it 6-0 following a corner, tucking home at the second attempt after Meslier had saved a Laporte header and Stones’ initial effort on the rebound.

Substitute Ake wrapped up the scoring with a powerful header from a corner 12 minutes from time.