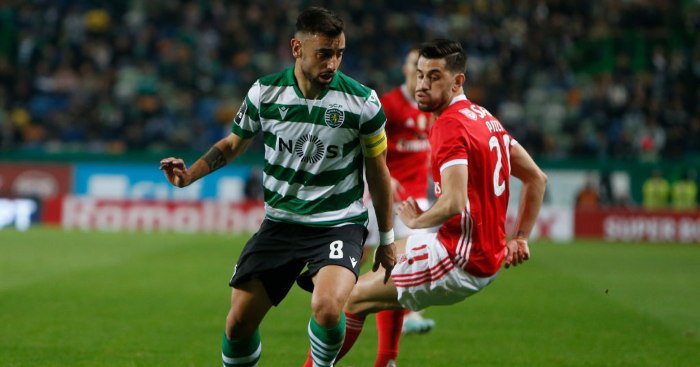 Manchester City are plotting a huge bid for Manchester United transfer target Bruno Fernandes, according to reports in Portugal.

Fernandes has managed to contribute 13 goals and ten assists in 22 matches in all competitions this season for Sporting.

Reports in Portugal had claimed early last week that United had struck a €70m deal for Fernandes but fresh claims on Friday said that Sporting were demanding way more than the Red Devils wanted to pay.

ESPN even went as far as saying that Man Utd were ‘prepared to walk away from a deal’ over the huge gap between the two club’s valuations of the player.

And now Portuguese outlet Correio da Manha (via Sport Witness) claims that City could make a bid to hijack United’s move for Fernandes.

The report said that City are ‘willing to pay’ €100m (£86m) for Fernandes with the Citizens willing to agree a deal now and then wait for him to join in the summer.

However, that fee seems wildly different to what other Portuguese newspapers are reporting with A Bola, O Jogo and Record all claiming Sporting only want a deal of around €70m, which is still more than what Man Utd want to spend.

Sport Witness adds that Correio da Manha have a ‘bad track record’ on reporting the Fernandes transfer and it could be wide of the mark.