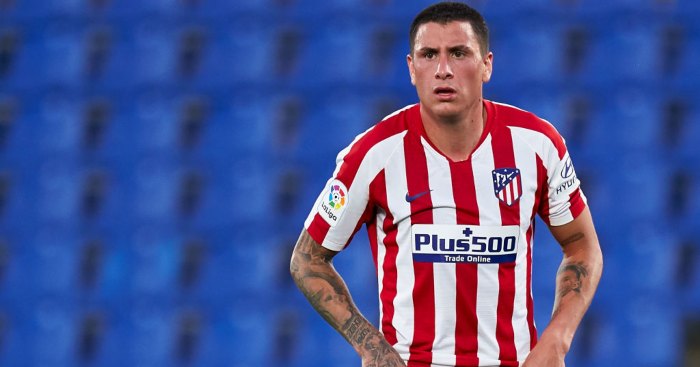 Man City have launched a huge bid to sign Atletico Madrid defender Jose Gimenez, according to a report.

Gimenez has been among the best defenders in Europe in recent seasons, impressing under Diego Simeone at Atletico Madrid.

The Uruguayan missed much of last season through injury – only making 19 LaLiga starts – but is a key part of Simeone’s defence when fit.

The 25-year-old – previously linked to Man Utd, Chelsea and Liverpool – has a buyout clause of €120m which nobody has been prepared to pay.

However, Man City – who have already forked out £41m to bring Nathan Ake to the Etihad Stadium from Bournemouth – have made a €94m (£87m) bid for Gimenez as they look to improve their defence further, according to Spanish publication AS.

The report claims that the Citizens have put €89m on the table plus another €5m in add-ons as they look to secure Gimenez this summer.

Pep Guardiola still sees central defence as City’s ‘main handicap’ despite bringing in Ake and the huge offer is likely ‘to make’ Atletico CEO Miguel Angel Gil Marin ‘think about it’ due to the current economic situation.

Gimenez is currently content at Atletico but the report adds that ‘the offer that City makes him is very good’.