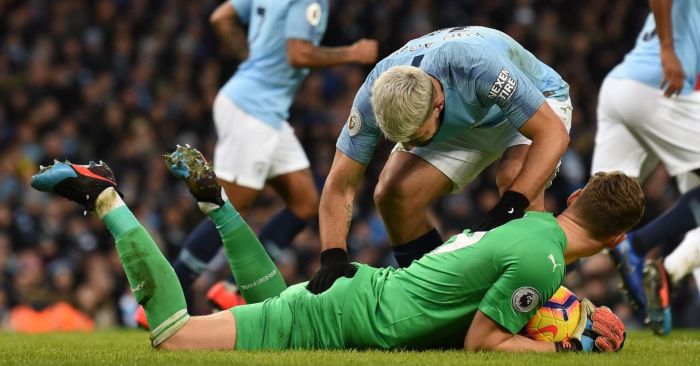 In upcoming book Pep’s City: The Making of a Superteam by Lu Martin and Pol Ballus, it is revealed that Leno and Ederson were on a two-man shortlist to replace Claudio Bravo as the club’s first-choice keeper.

Bravo joined from Barcelona in Guardiola’s first season in charge but failed to have the desired effect, struggling to adapt to the Premier League.

Ederson was subsequently signed for a world-record fee of around £35m and made the position his own, winning two Premier League titles in as many seasons.

But City could have gone for Leno instead, 12 months before the German moved to Arsenal.

“They both fitted the bill,” sporting director Txiki Begiristain said.

“One was more expensive to buy, the other required a higher salary. I left it up to the coaches to choose.”

Chief executive Ferran Soriano added that Ederson was “cheap at the price”.