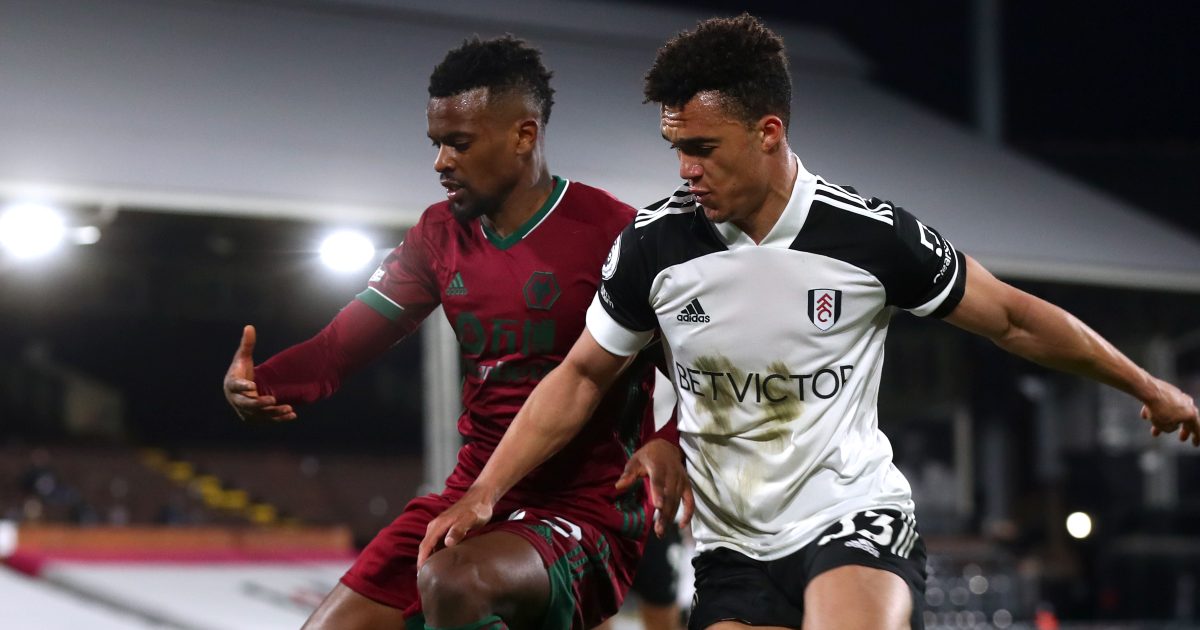 Man City and a number of other Premier League clubs are “monitoring” Fulham left-back Antonee Robinson, according to reports.

The 23-year-old came through the ranks at Everton before he joined Wigan Athletic in 2019.

The full-back impressed for Wigan during the 2019/20 season in the Championship. This led to AC Milan showing interest in him in January 2020.

Robinson was set to join the Italian giants for $13m but the deal fell through at the final stages.

Fulham snapped him up for just £2m ahead of their return to the Premier League in 2020/21. He played 33 times for them this season as they were relegated straight back down to the Championship.

The Athletic are reporting that Robinson is being “monitored” by Premier League clubs. Man City and a few top-flight rivals are interested in him in the lead up to the 2021/22 campaign.

Elsewhere, Dietmar Hamann has suggested that Guardiola is “not keen” on Raheem Sterling:

“There’s a reason why (Sterling) is one of (Southgate’s) favourites. He’s always delivered for England and I’ve got to say I have never seen him play as well as this for Man City in a long time,” Hamann said.

“The first goal when he takes on Rudiger, just knocks it by him and runs past him – that spark has been missing from him.

“He’s done really well with huge competition (in the England squad). You can talk about Sancho, Rashford, Grealish coming on – but he has delivered.

“He has got them to where they are now, because the captain didn’t score (in the group stage) and he stepped up with three vital goals.

“People don’t warm to him for whatever reason. It was the case at Liverpool, it’s the case at Manchester City to an extent, and with England. But his numbers for England speak for themselves.

“What I hear from Manchester is that Guardiola is not keen on him anymore, so I think he will be on his way. I’m sure there will be takers, a lot of people will have him; it depends on whether they can afford him.”