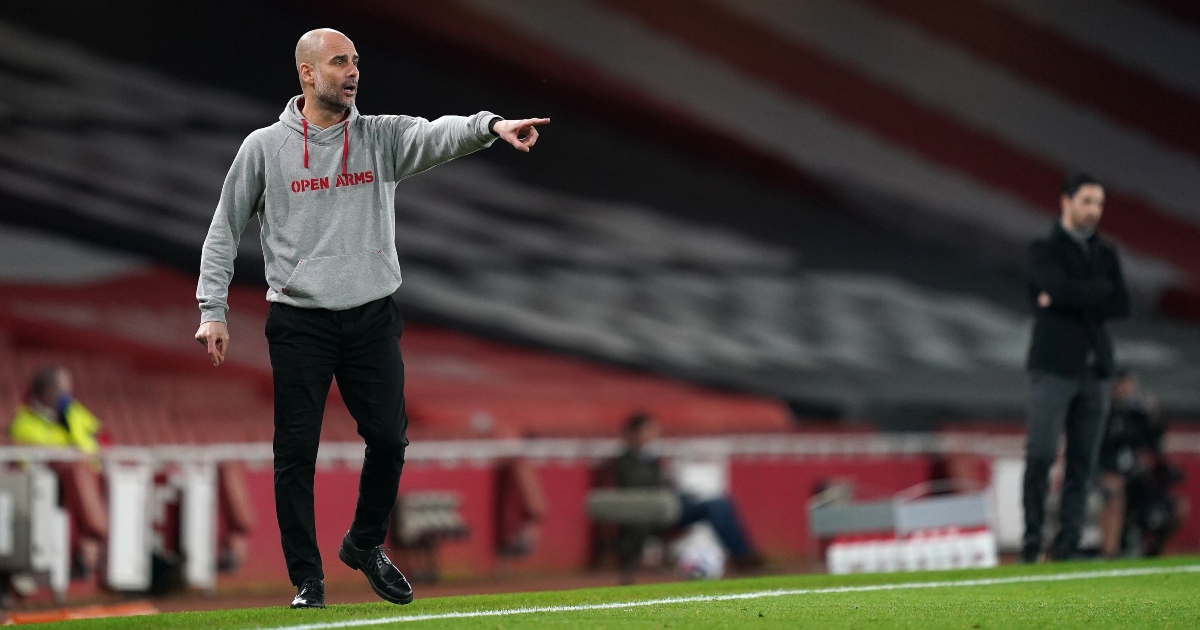 Manchester City boss Pep Guardiola insists he will be facing the best Arsenal team since he arrived in England six years ago when they head to the Emirates on New Year’s Day.

City moved eight points clear at the top of the Premier League after beating Brentford 1-0 on Wednesday night.

But Arsenal have sneaked quietly into the top four on the back of four-straight victories under Guardiola’s former assistant, Mikel Arteta.

Guardiola also feels the Gunners will be missing their “most important player” in Arteta, who will be absent from the touchline due to Covid-19.

“Maybe right now we are going to face one of the best teams in the Premier League, in the best form,” said Guardiola.

“They are playing with the same back four, it’s stable, and the physicality they have, the quality they have in small spaces. It will be a really, really tough game.

“I would say Mikel is perhaps the most important player that they have. I know his charisma, his ideas and personality to do the best for the team and for the club.

“The most important thing is he stays well, recovers and comes back soon to the touchline and the training sessions.

“But I know exactly how Arsenal are going to play, with Mikel or without Mikel.

“Since I have been here it’s the best Arsenal I have ever seen – and it’s been six seasons. But it’s an incredible opportunity for us to maintain the distance and continue our run.”

City’s winning run currently stands at ten league matches, but Guardiola insists he is not counting.

“The long runs is a stupid thing to think about,” he added. “It’s just what’s next.

“The most important thing is the desire, the commitment. We will go there, try to go again and win the game.

“Everyone is making a contribution and that’s why we are where we are.”