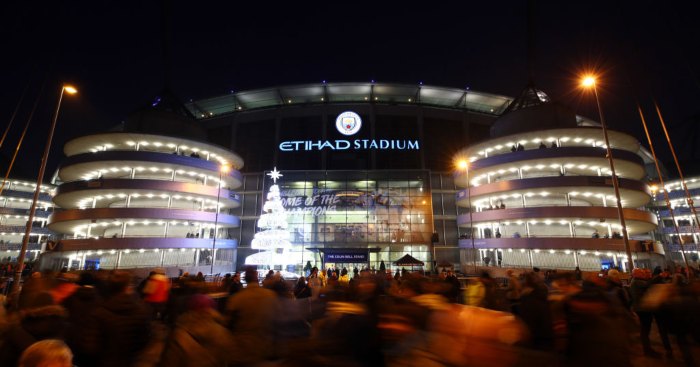 Manchester City’s Premier League clash with Arsenal has been postponed as a “precautionary measure” over coronavirus fears.

Nottingham Forest and Olympiacos owner Evangelos Marinakis, who announced on Tuesday that he had contracted the virus, met Arsenal staff and players during the February 27 Europa League tie at the Emirates Stadium.

The Premier League issued a statement in the early hours of Wednesday confirming the postponement.

It read: “Tonight’s game between Manchester City and Arsenal has been postponed as a precautionary measure following the announcement yesterday that Evangelos Marinakis has contracted COVID-19.

“Thirteen days ago, Olympiakos played at the Emirates Stadium in the Europa League and Mr Marinakis, the Greek club’s owner, met with several Arsenal squad members and staff.

FEATURE: Seven big games to have been played behind closed doors…

“Following medical advice, Arsenal FC and Manchester City FC consider it is necessary to postpone their fixture due to be played this evening to give time to fully assess the situation.

“The Premier League has therefore agreed that tonight’s game will be rearranged.

“We understand this will cause inconvenience and cost to fans planning to attend the game but Arsenal, Manchester City and the Premier League have agreed that the short notice of Mr Marinakis’ infection means there is no alternative but to take the time to complete a proper assessment of risk.

“All necessary measures are being taken and the Premier League currently has no plans to postpone any other matches.”

Arsenal, who earlier on Tuesday told the PA news agency none of its personnel who had met Marinakis had reported symptoms, said “a number of players” were now self-isolating for 14 days and were thus unavailable for Wednesday night’s game, triggering the Premier League’s decision to postpone.

“We have been taking medical advice and tracing any individuals who had what the (Government) guidelines define as close contact with him at the game 13 days ago.

“As a result of this exercise we identified that a number of players met the Olympiacos owner immediately following the game.

“The medical advice we have received puts the risk of them developing Covid-19 at extremely low. However, we are strictly following the Government guidelines which recommend that anyone coming into close contact with someone with the virus should self-isolate at home for 14 days from the last time they had contact.”

Despite Marinakis’ diagnosis and his position at Forest, the English Football League says there is no immediate plans to postpone any fixtures.

A Forest statement said Marinakis had shown no symptoms when in Nottingham last week, during which time he attended the club’s home game against Millwall on Friday night and reportedly met with the first-team squad.

Confirming matches across its three divisions would continue as normal for the time being, an EFL statement said: “The League is in dialogue to fully ascertain the set of circumstances that existed when Mr Marinakis visited (Forest) last week and in conjunction with the club will make a determination on what measures are to be taken – if any – when full details are known.”

Wolves, meanwhile, are angry that UEFA denied their appeal to postpone their scheduled Europa League last-16 first leg tie at Olympiacos after Marinakis announced his diagnosis.

UEFA said instead the game would go ahead behind closed doors, a scene becoming more common in sport in various countries.

Wolves will respect UEFA’s decision and play their no-spectators match in Athens, but urged the governing body to “consider alternative options moving forwards, as this will not be the last fixture to be affected by coronavirus”.

“Our position is that the trip poses unnecessary risks to our players, staff, supporters and the families of all who travel, at such critical and uncertain times,” the Wolves statement read, adding the club was also concerned for their opponents’ mental and physical wellbeing.

The Wolves-Olympiacos match is one of many European ties that will take place without spectators.

Manchester United’s Europa League last-16 first leg at Austrian side LASK on Thursday and the second leg of Chelsea’s Champions League last-16 clash away to Bayern Munich on Wednesday, March 18 are among them.

So too the second leg of Rangers’ Europa League tie at Bayer Leverkusen on Thursday, March 19.