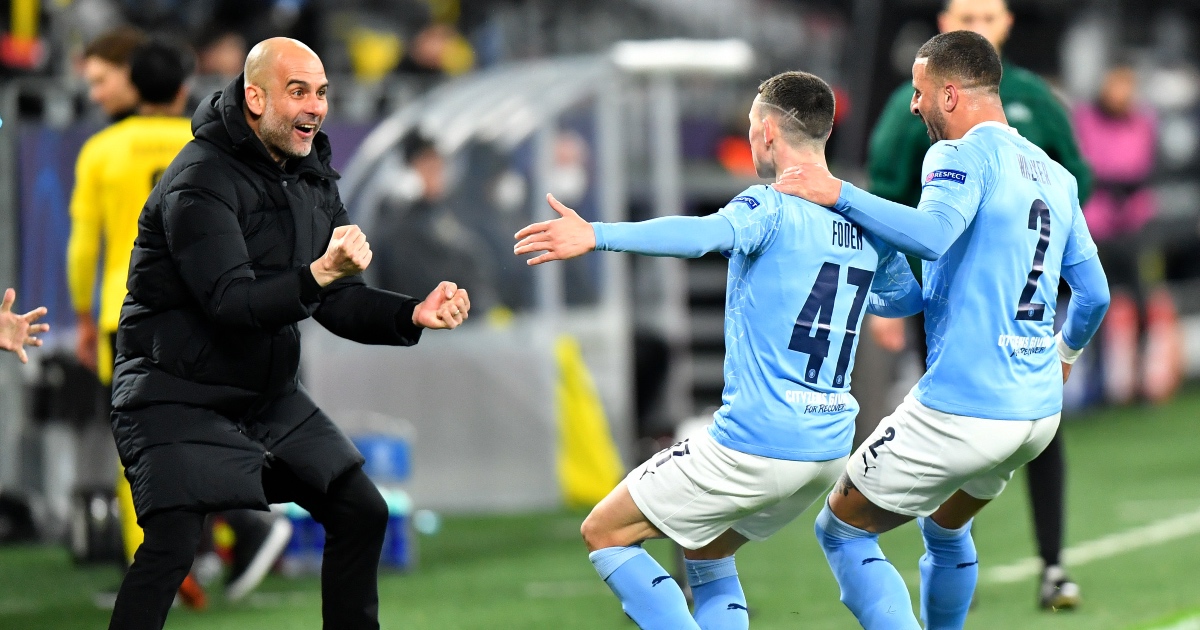 England midfielder Foden scored in City’s 2-1 comeback win at Aston Villa on Wednesday, which left them eight points away from the title.

Rodri completed the turnaround following John McGinn’s opener for the hosts after just 20 seconds, with Pep Guardiola’s side now 11 points clear at the top with five games left.

Foden has now scored 14 goals for City this season and his impressive display came after the club pulled out of the controversial European Super League earlier this week.

“I’ve known him about five years, since he was a little boy and he’s showed his quality, no doubt about that,” Fernandinho said.

“He’s matured and is taking the actions better, again he scored today and he’s been awesome.

“I’m so pleased and happy for him because he’s a nice boy and deserves the best.”

The visitors survived John Stones’ first-half red card for a late tackle on Jacob Ramsey. The defender was initially given a yellow card but referee Peter Bankes issued a straight red after viewing his pitchside monitor.

He will now miss Sunday’s Carabao Cup final with Tottenham and Fernandinho has sympathy for the England defender.

He told the club’s official website: “I feel sorry for him, to miss the cup final. This was a tough game fighting for the title, not easy for any player but we’re behind him and supporting him.

“We will miss him on Sunday but I am pleased for him overall because he’s been one of the best players so far for us this season.”

McGinn told avfc.co.uk: “It was a strange night. The overall feeling is frustration. We all know we had an opportunity in the game to take it to City and we didn’t do that enough.

“We touched on it at half-time – to not let the ref level it out, but unfortunately that happened. Cashy’s been different class all season and he’ll learn from that.

“They’re a top team and they make it very, very difficult. I’m just glad we don’t need to play them again this season.”