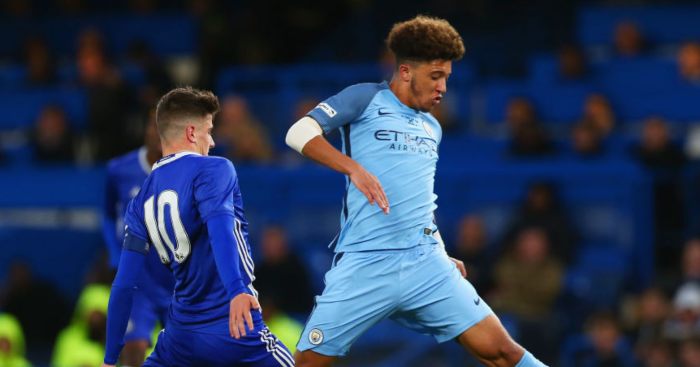 How does Man City ban escape affect Jadon Sancho? It’s the one question which has not been asked…yet.

‘MANCHESTER UNITED and Chelsea have been handed a bitter blow after Man City’s two-year Champions League ban was overturned by the Court of Arbitration for Sport (CAS).’

…but perhaps somebody needs to tell The Sun that it’s Leicester who are now pretty much f***ed.

Mind you, nobody sneaks Leicester into a headline in a search for clickety-clickety clicks.

It’s all about you…
Elsewhere…

And there we were thinking it was a Manchester City story…

Let’s twist again
That ‘Thiago Alcantara twist’, by the way, is this gossip.

Which is one hell of a ‘twist’ that directly affects Liverpool despite the Echo repeatedly saying that Liverpool hold no interest in Thiago.

LIVE and let die
Mediawatch continues to be infuriated by the concept of LIVE things actually being pretty bloody OLD, so imagine our outrage at this headline on the Mirror homepage:

And who do they cite as a source for this Dembele talk? The Athletic.

And when did The Athletic run this story? July the sodding 8th.

How much is that winger in the window?
Back on July 10 (Friday), Bleacher Report‘s Dean Jones wrote a speculative piece in which he he asked:

‘Jadon Sancho and Kai Havertz: How Close Are We to This Summer’s Biggest Deals?’

Jones suggests – after a conversation with a source ‘who is not directly involved with the deal but works as an intermediary in the game’ – that a compromise fee will be reached for Sancho between Manchester United and Borussia Dortmund. It is very much a guess and Jones does not claim to have inside knowledge.

‘Sancho, with his goals and assists, has an added premium—so perhaps we are looking at around £85 million, which converts to approximately €95 million, as the sort of figure that might make this deal possible.’

Trendsetting
Over at LancsLive, they have worked out that you garner more traffic from Google if you don’t just write about Lancashire (live or otherwise), so this was their headline on Sunday:

Have Manchester United really agreed to pay £13om for Sancho? Seems unlikely – after publicly making it clear that they would pay only £50m – that they would see Borussia Dortmund’s £115m valuation and then reach a £130m compromise.

It also seems unlikely that this will really have any ‘knock on effect on any negotiations for Burnley’s Dwight McNeil’ but we applaud any attempt at relevance.

But we do not applaud a) carelessly mixing up Euros and sterling or b) cynically claiming an asking price is the same as an agreement. No, Dortmund wanting €130million for Sancho is not the same as United agreeing to pay £130m. On any level.

By Monday, they have worked out that there are two different currencies here (though crucially, that realisation has not led to that first headline being changed), and now this is the headline:

Better. But it’s still not an agreed fee. And it’s still got f*** all to do with Burnley.

Can you be ‘among’ a duo? And we strongly suspect that the story was nicked from TEAMtalk, who were very late on this from the Express.

Hang your head in shame, Will Ford.

Just wait until they announce the winners of the 1966 World Cup.