Home All The News Man City 2-0 Borussia M’gladbach: Pep’s side ease into quarters 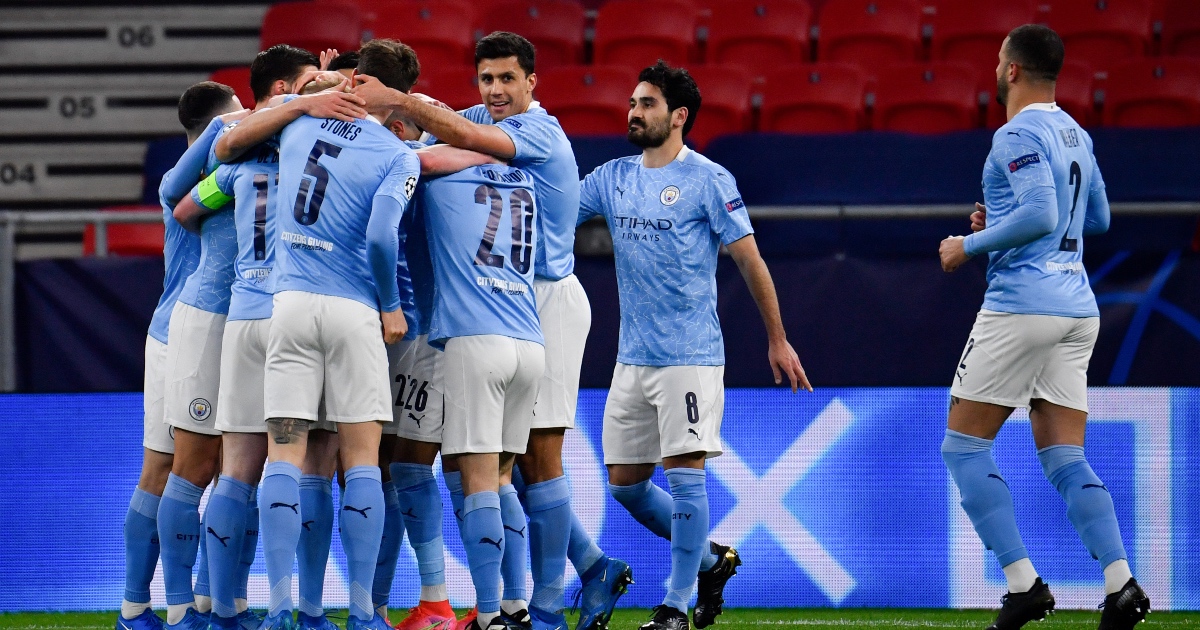 Kevin De Bruyne and Ilkay Gundogan struck early as Man City eased into the Champions League quarter-finals at the expense of Borussia Monchengladbach on Tuesday.

The pair netted in the opening 18 minutes of the second leg of the last-16 tie in Budapest, securing a 2-0 victory and wrapping up a comfortable 4-0 aggregate success for Pep Guardiola’s quadruple-chasing side.

De Bruyne set Man City on their way at the Puskas Arena with a stunning long-range strike after 12 minutes before Gundogan tucked away his 15th goal of the season after a fine run by Phil Foden.

OPINION: Can Klopp mould ‘monster’ Phillips into a Liverpool regular?

The result kept Man City’s bid for four trophies firmly on track, although tougher tests will lie ahead in Europe as they return to the quarter-final stage that has proved their undoing in the past three seasons.

The Premier League leaders were dominant in the first leg at the same venue and it was clear from early on a similar story would play out second time around.

The Bundesliga side had lost their previous six games – all since it was announced coach Marco Rose would be leaving for rivals Borussia Dortmund at the end of the season – and they never looked like reversing that trend.

Guardiola switched tactics from the weekend win at Fulham, dropping strikers Gabriel Jesus and Sergio Aguero to the bench and reverting to a false nine. De Bruyne chiefly played that central role, although he interchanged with others, and the plan worked superbly.

City controlled the game in almost all aspects from the outset and had their first serious chance after seven minutes when Joao Cancelo clipped a clever ball into the box for Foden.

On this occasion the England youngster was unable to make clean contact with his volley and Yann Sommer pushed away, but the Swiss keeper could do little about De Bruyne’s ferocious strike six minutes later.

The Belgian fired into the roof of the net with his weaker left foot after collecting a pass from Riyad Mahrez 20 yards out.

Gundogan doubled the lead six minutes later after a brilliant run by Foden, who turned inside his own half and broke away to play in the German with a no-look pass. Gundogan made no mistake as he bore down on Sommer, placing the ball into the bottom corner before hurdling the keeper.

To their credit, despite being outclassed, Monchengladbach tried to play positively. Lars Stindl and Marcus Thuram both managed to force saves from Ederson while Breel Embolo shot across the face of goal after a good move.

But City threatened more, with Mahrez picking out Gundogan in the area only for Sommer to clear and De Bruyne testing the keeper from a free-kick. Mahrez shot narrowly wide early in the second half.

Mahrez twice threatened again but was denied both times by Sommer and Foden had an effort blocked.

City got some minutes out of Aguero and Raheem Sterling in the closing stages and Mahrez had further opportunities when he shot over and then wide late on.