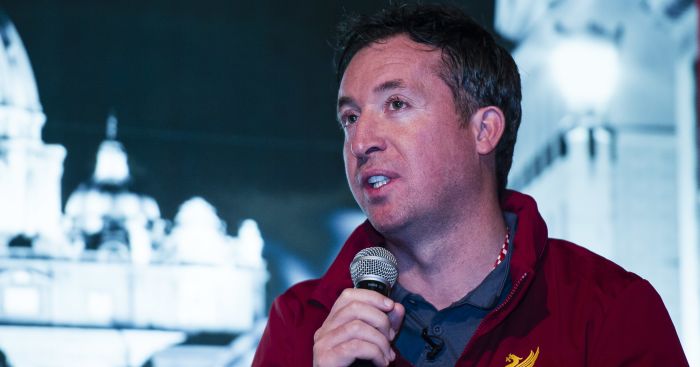 Manchester City will spend “big money” on Kalidou Koulibaly this summer to try and catch Liverpool in the Premier League, according to Robbie Fowler.

Both City and Liverpool have been heavily linked with Napoli defender Koulibaly over the last few weeks with the Reds reportedly expected to ‘lunge‘ for the Napoli man ‘in the coming days’.

MEDIAWATCH: Is there ‘any reason’ Salah or Mane would leave Liverpool?

However, Fowler – who played for both clubs during his career – thinks it will be City who land Koulibaly in an attempt to close the gap on Liverpool.

“City may have slipped slightly from their all-time great status of the past two seasons in the ­Premier League, but I’m convinced it won’t be for long,” Fowler told the Daily Mirror.

“By ‘not for long’, I mean not at all, because they’re rightful favourites to win the Champions League and FA Cup.

“I actually expect them to spend this summer now too, despite uncertainty around their potential European ban and the loss of revenue due to the pandemic. That, more than anything, is testimony to Liverpool’s greatness this season.

“I think a lot of clubs will have been panicked by Klopp’s dominance. You look at City’s transfer profiling and they have bought young players with ­potential for a few years now. Quality yes, but always younger, with room for ­development. But I can see them going out and buying Kalidou Koulibaly for big money, even though he’s almost 30.

“Central defence has been their weakness this season and they need to address it. I’m convinced they will address it. That will see them come back even stronger. That will see a challenge to ­Liverpool that the football world can ­relish. And I think it will take both of them beyond the rest.”