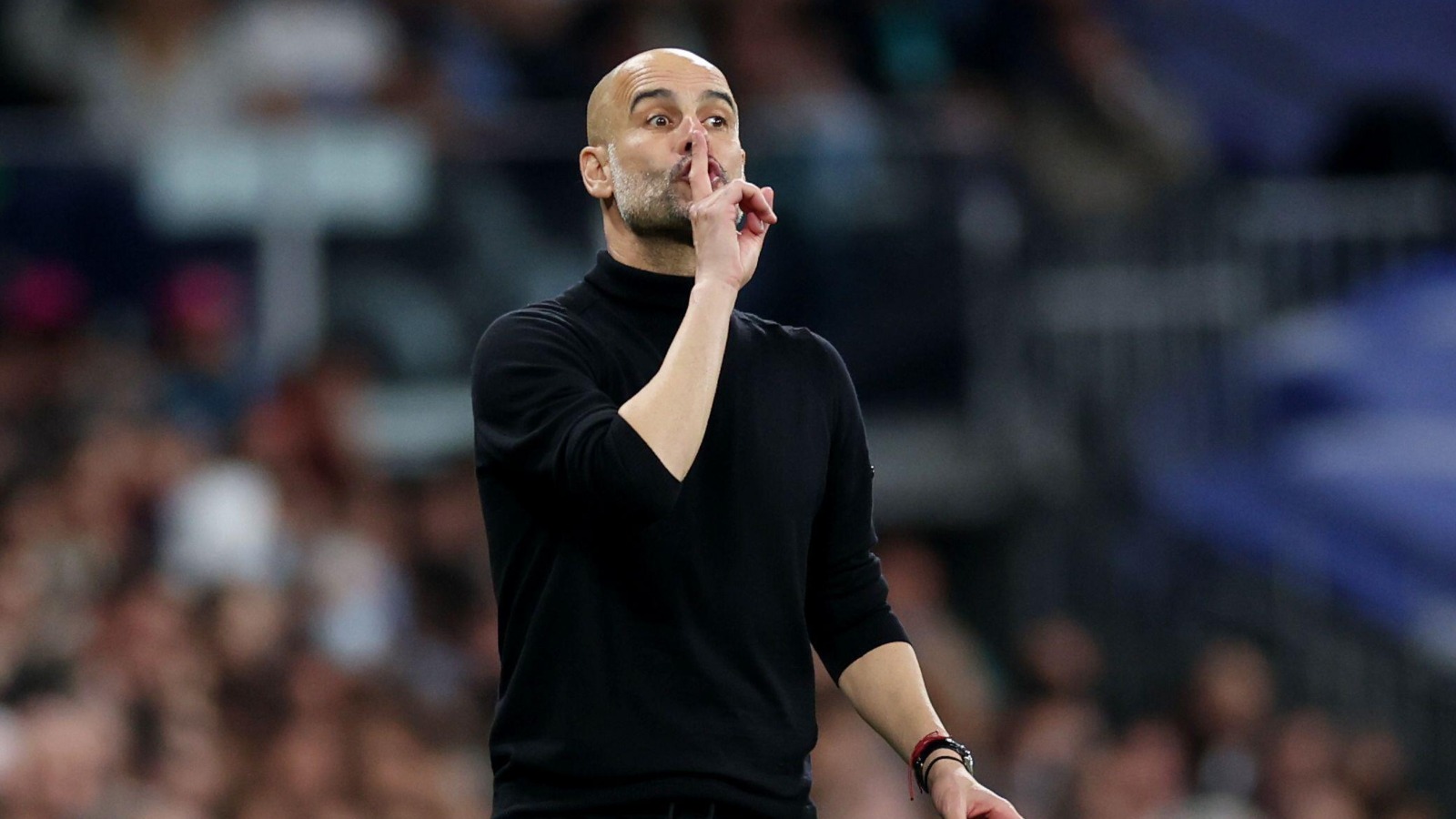 Pep Guardiola has hit back at two former Manchester United players for criticising the character of his Manchester City side.

Evra claimed Guardiola’s team lacked personality and leaders while Berbatov questioned City’s concentration and focus after they surrendered a 5-3 aggregate lead heading into injury time at the Bernabeu.

City have since responded by scoring 10 goals in two Premier League games to move to the brink of securing a fourth title in five years.

Guardiola – who has also been irritated by some comments from former Real Madrid midfielder Clarence Seedorf – claims this shows character that was lacking in the United teams beaten by his Barcelona side in the 2009 and 2011 finals.

Speaking at a press conference, Guardiola said: “It’s the same character and personality that lost in Madrid that we have had for the last years.

“Special former players like Berbatov, Seedorf and Evra, and these types of people, weren’t there. I’ve played against them, and I didn’t see this kind of personality when we destroyed United in the Champions League final.

“You cannot have personality because you concede two goals in one minute after you have had chances to score? And in the last four (league) games we’ve scored 19 goals, so we have incredible personality.

“I’m sorry but I completely disagree. Personality is what we have done in the last five years, every three days, in all competitions.

This was Pep’s response 💀 pic.twitter.com/ftohiusan2

“Maybe Liverpool are going to win all four titles or maybe just one. But am I going to say that they don’t have personality and character, that they didn’t do an incredible season, even if they lose the Premier League by one or two points to us?

“Don’t they have character and personality? Of course they do.

“Sometimes, football is like this and it just happens. We cannot control many things but when you always arrive in the last stages for four or five years, this is incredible.”

City travel to West Ham on Sunday with an opportunity to effectively put one hand on the trophy.

Guardiola’s side lead the table by three points from Liverpool with just two games remaining and with a goal difference seven better than their Merseyside rivals.

Guardiola said: “Two games to go, every three points we win is so important. Still we need six points.

“They are going to make six points so we have to make the three and after try to get the last ones at home.

“West Ham have had an extraordinary two seasons. They are so strong in many departments, a top side and it will be difficult.

“Everybody knows with winning at West Ham and it will be almost, almost done, with the goal difference and many things. It’s absolutely a final.”

City have defensive worries and will assess the fitness of Aymeric Laporte, Fernandinho and Nathan Ake ahead of the game.

Laporte hobbled out of the midweek win at Wolves with a knee injury while Fernandinho has had a muscular problem and Ake has played in spite of an ankle complaint in recent weeks.

Guardiola said: “They are in treatment for these two days and we will see tomorrow. Until the day of the game we will not be able to decide exactly on the availability of the players.”