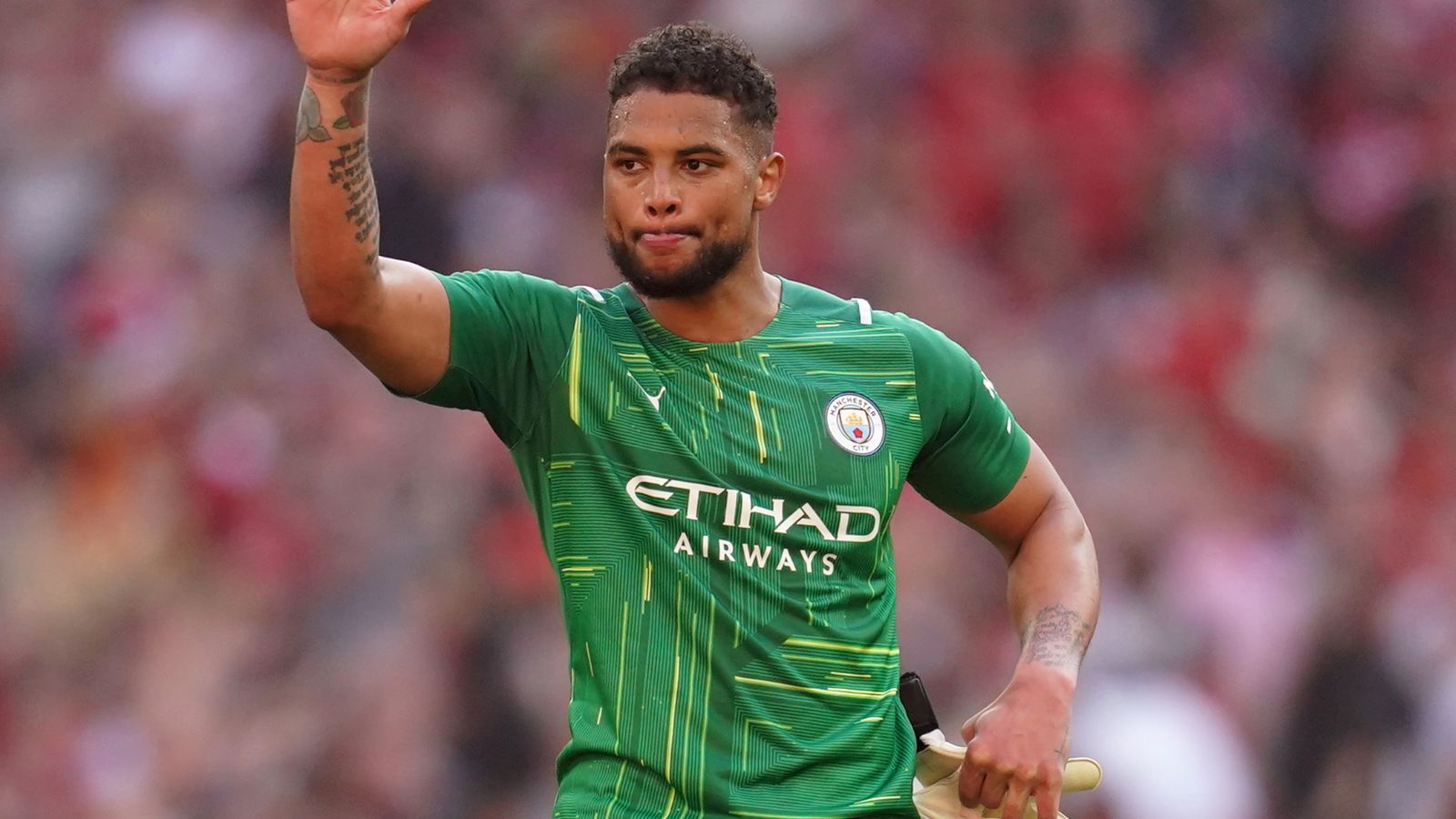 According to reports, Man City and USA goalkeeper Zack Steffen is ‘set to join’ Championship outfit Middlesbrough on loan.

Man City paid a fee just short of £6m to sign Steffen in 2019 from MLS side Columbus Crew.

The USA international had a loan spell in Germany with Fortuna Dusseldorf during the 2019/20 campaign.

The 27-year-old has played 21 times for Man City over the past two seasons. Most of these outings have come in cup competitions.

Steffen is keen to play more regularly ahead of this winter’s World Cup. Manchester Evening News are reporting that he is set to join Middlesbrough.

They are said to have ‘beaten competition from other Championship sides to land’ the shot-stopper.

The report adds that Man City are ‘set to bring in’ Stefan Ortega as Steffen’s replacement.

The 29-year-old played 33 times for Bundesliga side Arminia Bielefeld last term. They finished 17th to suffer relegation. Ortega will become a free agent when his contract expires in a couple of days.

Meanwhile, Man City forward Gabriel Jesus was reportedly in London on Tuesday to undergo his Arsenal medical ahead of his £45m transfer.

Gunners manager Mikel Arteta worked with the Brazil international during his time as Pep Guardiola’s assistant in Manchester.

Arteta was extremely eager to bring the player to the Emirates after the departures of Pierre-Emerick Aubameyang and Alexandre Lacazette.

At least one new No. 9 was a priority in the summer transfer window, however, Jesus should be the only incoming striker as Eddie Nketiah has extended his contract.

Jesus has agreed a five-year deal with Arsenal and will join for a fee in the region of £45m.

He scored 95 goals in 236 games for Manchester City since joining in January 2017 and has helped the club win four Premier League titles.

Arteta and technical director Edu were ‘key’ in getting a deal done, with the Gunners’ transfer business far from finished after a deal for Jesus becomes official.

The Brazilian forward is in London to complete his medical on Tuesday morning, as per Fabrizio Romano.