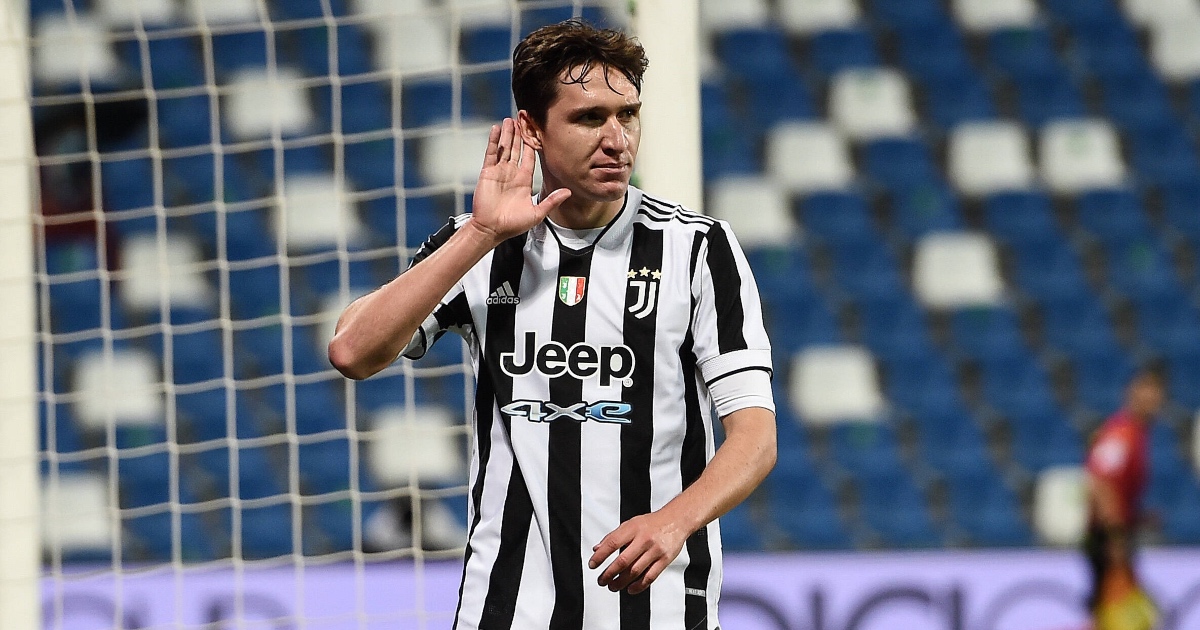 Manchester City have joined the race for Italy’s Euro 2020 star Federico Chiesa, according to reports.

The right winger scored two goals in seven appearances as the Azzurri picked up their second major tournament trophy this century.

His brilliant performances this summer have seen him linked with Chelsea.

The Blues started the bidding with an €100million (£86.3m) offer for Chiesa last week.

He is currently contracted with Fiorentina but is midway through a two-year loan spell at Juventus.

Chiesa’s loan will become permanent for £36m next summer if certain conditions are met.

Despite Fiorentina, and indeed Juve’s, reluctance to sell him to a Premier League side, Man City are now looking to sign him.

That’s according to Italian source Calciomercato, who claim that Pep Guardiola is a huge admirer of the player’s talents.

They joined the race for his signature ‘in the last few hours’.

City’s main aim in the summer window is to sign a new striker, following the departure of club legend Sergio Aguero.

But Pep is apparently hoping to sign Chiesa to improve his options on the right wing.

The manager can already rely on Riyad Mahrez and Ferran Torres in that position. Bernardo Silva can also play there if needed.

But with Torres increasingly being used as a centre-forward, Pep’s pursuit of Chiesa might not be a sign of greed after all.

There were doubts over whether Chiesa would get into the Juve side when he joined in October last year.

He managed nine goals and nine assists in 33 Serie A appearances as Juve finished fourth in the table.

He could become integral to Max Allegri’s attack next term if Cristiano Ronaldo is allowed to leave Turin.

Chiesa isn’t the only Euro 2020 star to be linked with a move to the Etihad.

England striker Harry Kane is their ideal replacement for Aguero up top.

He managed four goals in seven games on England’s route to their first major tournament final in 55 years.

The Spurs man will cost at least £100m as chairman Daniel Levy is desperate to keep him.